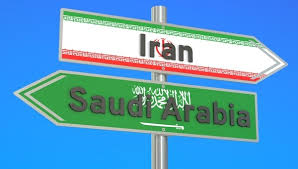 Saudi Arabia has warned the U.S. that if the Saudi economy is hurt by Trump’s policies, then the U.S. also will not remain unaffected. As reported by British media, Saudi Energy Minister Khalid al-Falih has maintained that the one benefiting the most from oil imports has been Washington. If Trump places restrictions on the import of oil from Saudi Arabia in accordance with his campaign promises, this will also have a negative effect on the U.S. economy. Therefore, the U.S. should refrain from doing so.

On the other side, the supreme leader of Iran, Ali Khamenei, while expressing reservations concerning the election of Trump as president of the U.S., said that following his inauguration as president, anything can happen, and Iran was prepared to face any situation that may arise. He also said that both of the two major U.S. political parties have lost no opportunity to harm Tehran.

It is unfortunate for Trump that immediately following his Nov. 8 victory, protests and violent demonstrations against him began in the Western European world – as well as in his own country – which are continuing as of the date of this article, 10 days after the election. Various segments of the U.S. have expressed a lack of confidence in him to the extent that they refuse to accept him as president.

Trump will take his oath as U.S. president in January next year. However, from the aggressive manner in which his person, his behavior, and his policies are being targeted for criticism the world over, it seems that if he does not retreat from the eight-point list of policy priorities he issued in the course of his campaign, the current demonstrations against him may intensify and could even lay the foundation for the disintegration of the U.S., similar to the disintegration of the Soviet Union.

The way Trump has sought to link terrorism to the Muslim world, the way he has announced that he would deport 3 million immigrants, the majority of whom are probably from Pakistan and other Muslim countries, the way he has indicated that he would end the export of oil from Saudi Arabia, and the way he has reflected America as a racist society all led to creating an environment that was hostile to him during his election campaign and to reservations against him that are now being expressed all over the world after his election.

Undoubtedly, Trump will conform to the guidelines of his Republican Party when he is president. Still, his campaign slogans are at complete odds with the policies of his party. For this reason, his party needs to clarify Trump’s campaign pronouncements; if these become part of the Republican policy, then as stated by Iran’s spiritual leader Khamenei, anything could happen in the world during the Trump administration.

If Saudi Arabia were to stop exporting oil to the U.S. on its own initiative and also withdraw its billions and trillions of dollars invested in U.S. banks, then the Saudi economy would be reduced to a pile of garbage.* In view of this, if the Republican leadership wishes to heed the “Make America Great Again” motto, it needs to reject Trump’s extremist policies against the Muslim world. If it fails to do so, circumstances that arise may possibly be unfavorable for U.S. security and stability.

*Editor’s note: The article says “the Saudi economy,” but given the context of the article, Watching America editors believe the author may have meant “the U.S. economy.”