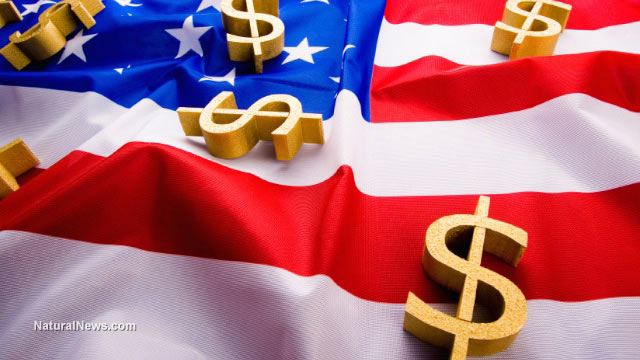 Donald Trump pursues economic policy as if it were an advertising spot. His program is self-enrichment for billionaires.

Donald Trump knows how to market. His simple election slogan worked: “Make America Great Again!” Alternatively, it was also called “America First.” Is an economic war to be feared? The rhetoric makes it sound like we should. Yet, financial investors have switched to optimism as if nothing has happened. After the election in the United States, stock prices rose rapidly, a reaction which was promptly dubbed a “Trump Rally.”

In particular, bank shares rose by 35 percent. This boom in financials may seem a little strange at first, because Trump frequently attacked Wall Street during his election campaign. But now he has chosen investment banker Steven Mnuchin as the future secretary of the treasury. Banks can be certain that they will be permitted to continue gambling.

As far as financial markets are concerned, Trump relies on pure show and leaves reality unchanged. For him, economic policy works like advertising. In a movie theater advertisement for Langnese ice cream, the audience does not expect that they will afterward own a loft in Paris, but they buy the ice cream anyway.

In addition to Wall Street, “foreign” was the second enemy that Trump liked to attack during his election campaign. In the near future, U.S. companies will be strictly forbidden to move jobs overseas. Sometimes this evil “other” also received a name, and was called Mexico or China. Is world trade now collapsing?

This is not to be expected either. Trump was only a protectionist in his election rhetoric. Beyond that, this pragmatist of power will once again resort to purely symbolic politics. He will terminate, for example, the Trans-Pacific Partnership, which the Obama administration negotiated. The Transatlantic Trade and Investment Partnership agreement with the Europeans has also died. That is why it is not a pity. The EU Commission itself had to admit long ago that the agreement would not have generated any growth.

European critics of the TTIP always speculated that this trade agreement would be superfluous. How right they were is again shown by the stock markets. A “Trump-Rally” also took place in Europe. If German companies had fears about their own exports just after the TTIP was buried, the DAX certainly would not have risen.*

Overall, the theme of globalization is different from that described by Trump. The United States is hardly taking part in globalization if it is understood that foreign trade is central for the economy of the country. In the United States, exports account for 7.7 percent of annual economic output; imports account for 11.9 percent. Just for comparison: In Germany, exports account for 38 percent of economic output; imports account for 29.1 percent. This discrepancy is not astonishing. The U.S. is virtually its own continent. With a population of about 320 million, the domestic market is huge – so there is hardly a pressing need for trading partners. In the EU, on the other hand, countries are not only much smaller, but have had closely linked economies since ancient Rome, so goods are constantly flowing over various borders.

But these dimensions do not matter to Trump. In his propaganda, he focuses solely on the fact that the U.S. imports more than it exports – from which he handily concludes that valuable domestic jobs are being lost. According to the slogan: now, the cars are made in Mexico and the computers come from China!!

The description is correct, but the analysis is still wrong. As Trump has been informed from all sides, the Chinese could not buy American Boeing if they could not deliver computers to the U.S. But Trump’s error reaches much deeper. The U.S. will always import more than it exports, a so-called “trade deficit,” as long as the dollar is the international reserve currency.

In many countries, the dollar is the de facto second currency because the population may not trust its own government’s currency. Moreover, many trading contracts, such as oil, are traded in dollars. There is an immense demand for dollars all over the world, but only the U.S. can print them. The other countries must therefore export as much as possible to the U.S. in order to acquire the desired dollars – which conversely means that the U.S. must maintain a trade deficit.

By the way, Americans do not become poorer by these imports, as Trump suggests. On the contrary, the United States has been able to live beyond its means for decades. Americans consume what others have produced.

Keynesianism for the Rich

The U.S. does not exist in a globalization trap, but rather it has a distribution problem. The economy is growing, but employees are not affected. Since 1975, middle class earnings in the U.S. have failed to rise. This stagnation is unprecedented in the Western world.

Trump will further exacerbate these social divisions. He is proposing “Keynesianism for the rich” and wants to boost the economy by drastically cutting the taxes of top earners and corporations. His economic program can be summarized concisely: self-enrichment for billionaires.

The poor, on the other hand, are only gullible voters – but they must be spared for precisely this reason. It is therefore improbable that Trump’s decisions will massively affect Obama’s health care law because then, 16.6 million non-Hispanic whites would suddenly be without protection. And this demographic is needed to win the next election. For that reason, Trump might only change minor details – and rename Obamacare “TrumpCare.” This billionaire knows how self-marketing works. With it, he became rich – and president.