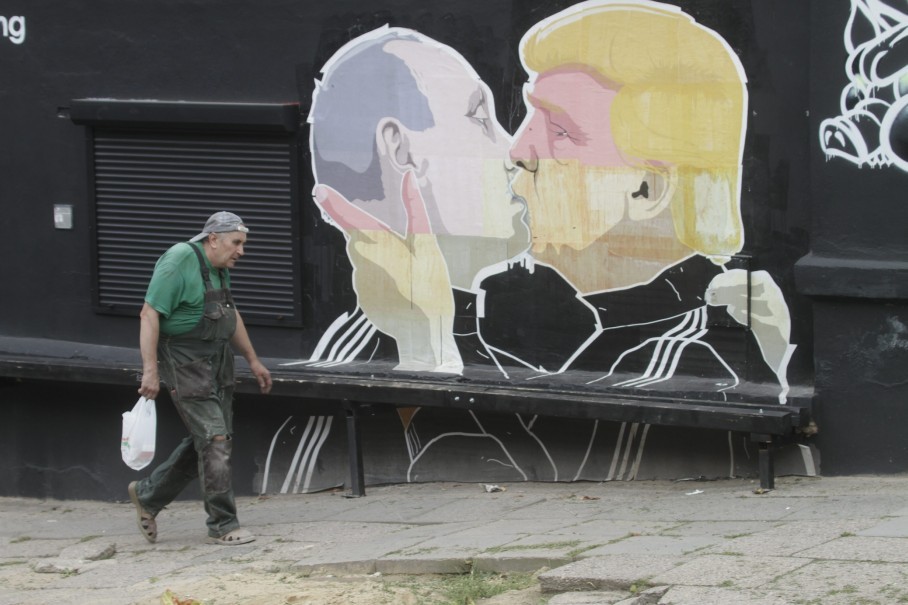 It is the “dishonest media’s” fault again. They supposedly exaggerated when they said that President-Elect Donald Trump was challenging the intelligence service. He is actually “a huge fan,” according to a tweet.

This is U.S. politics under Donald Trump. He denies and then hams it up; he attacks and then laments; he shows contempt and then indifference toward the public institutions he is supposed to serve.

During a Senate committee hearing on Thursday morning, James Clapper, National Intelligence director, and Admiral Michael Rogers, director of the powerful National Security Agency, re-iterated that they strongly believed that “only Russia’s senior-most officials” could have authorized the hacking of the Democratic Party during the presidential race.

This story is even more worrying than it seemed at first glance, and it should serve as a warning for all Western democracies. Vladimir Putin’s Russia allegedly ran a “multifaceted” campaign to interfere in the presidential election by disseminating propaganda, misinformation, and fake news (what else!) in electronic media.

These tactics were also allegedly used in Europe and Eurasia to “chip away at public trust and confidence in our information services and institutions,” said Clapper.

Evidence will be presented any day now. To convince their number-one public detractor, Donald Trump himself, intelligence officials will write a report filled with as many details as possible.

Blaming Russia’s sole shadowy influence for the rise of populism and worldwide resentment toward elites would be an oversimplification. The frustration of American voters, Brexit, and the rise of the Marine Le Pens of this world are not all Kremlin pipe dreams.

Regardless, Clapper and Rogers’s statements are further proof of the Putin regime’s mastery of the art of cyber-warfare and the destabilization of democratic states.

Elected Democrats and Republicans did not question any of it. Save a few exceptions, they understood that the attack on the Democratic Party’s website was not a random occurrence. A foreign power interfered in the U.S. presidential election in an unprecedented way. Republican John McCain even asked if it was an “act of war.”

Donald Trump has not reacted to the words of the two highest-ranking intelligence directors. His past statements teetered between denial and slander. Under the guise of validly criticizing institutions, he performed a hatchet job on his own intelligence service—an attack that will serve Moscow’s interests more than Washington’s.

Trump’s denials would be more plausible if they were based on an iota of proof. To the contrary, he believes Julian Assange, WikiLeaks founder and the man who released the Democratic Party emails, without question. Assange stated that his information did not come from Russia or a state organization. But WikiLeaks is known for not thoroughly checking the origins of their material.

The two men make for curious allies. For Republican hardliners, Julian Assange is a traitor who should be extradited and convicted for breaching national security. Still in hiding at Ecuador’s embassy in London, Assange needs to rid himself of his ever-growing reputation as a Kremlin puppet. As for Donald Trump, he will be taken down a peg if it turns out that Russia really did help him beat Hillary Clinton.

The U.S. president will no longer be “the most powerful man on Earth” if he answers to a foreign power. There have been many signs that Trump does not have what it takes to be president—for starters, his inability to defend democratic institutions that were under heinous attack.