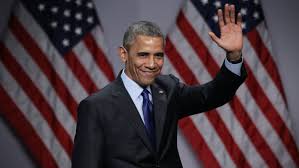 Barack Obama will deliver his farewell speech to the nation on Tuesday, Jan. 10.* He should emphasize his government’s success in economic affairs and in combating inequality. He could also take advantage of the opportunity to draw up a positive assessment of a foreign policy that recalled the indispensable nature of American leadership and preserved the international liberal order.

The campaign that carried Obama to the presidency eight years ago was marked by the rhetoric of hope and change. It elicited grand aspirations and heightened expectations. At the end of two mandates in the White House, these expectations might have been a disappointment. President Obama may have appeared hesitant and timid in the face of rivals and sometimes in the face of allies who were insensitive to his charisma; he may have appeared indifferent to major crises, such as that in Syria. He has the merit of having been cautious and visionary.

The Virtues of Pragmatism

Since Sept. 11, 2001, the fight against terrorism has been unavoidable. Unlike George W. Bush, however, Obama succeeded in not making it the sole driving force of U.S. action abroad. By adopting a so-called “light footprint” approach characterized by the use of drones and special forces, he favored an inexpensive and effective strategy to contain a terrorist risk that does not constitute an existential threat to the survival of the United States.

This pragmatism in managing a secondary risk has allowed him to devote his time and energy to issues that are much more sensitive, complicated and crucial for the future of the international scene. This was particularly the case with Iran’s nuclear ambitions, whose military dimension was a clear threat. While no military option appeared to be viable, the Obama administration focused on finding a diplomatic solution. This was done on July 14, 2015 with the signing of an agreement between Tehran and the P5 + 1 group, the five permanent members of the United Nations Security Council, plus Germany.**

Barely six months after signing the agreement, Tehran had fulfilled a substantial part of the required conditions (dismantling of centrifuges, transfer of enriched uranium stock to Russia) for the lifting of a significant part of the sanctions that battered the Iranian economy. Only time, however, will show whether this agreement, which significantly reduces Iranian capability to manufacture a nuclear weapon, is functional in the long term. In this case, Tehran’s actions (including involvement in Syria and the continued development of long-range missiles) and political turnover in Washington require cautious optimism.

Announced in 2011, the “pivot” strategy, or rebalancing toward the Asia-Pacific, aimed to make the United States a key player in a region considered to be the center of gravity of international relations in the 21st century. The Obama administration showed diplomatic activism here, increased the U.S. military presence and demonstrated leadership in economic integration efforts.

It has sought to encircle a more assertive and unpredictable China and to reassure regional allies who are increasingly concerned with Beijing’s efforts to increase its power. The signing of the Trans-Pacific Partnership in February 2016, beyond its economic and commercial dimension, symbolized Washington’s long-term commitment to the Asia-Pacific. Its rejection by President-elect Donald Trump would constitute a major strategic mistake in that it would open a period of uncertainty about Washington’s attitude in the region.***

An Imperfect but Lasting Legacy

The elimination of Osama bin Laden in May 2011, the rapprochement with Cuba and the signing of the climate agreement at the COP21 in December 2015 are also to be credited to Obama.

His foreign policy was clearly not free from errors and missed opportunities. He was not able to normalize relations with Moscow, for example. His administration showed reluctance in the face of General el-Sisi’s coup in Egypt in 2013, which he refused to call a coup d’état. A benevolent ally of Israel, he hardly pressured Tel Aviv to relaunch a peace process with the Palestinians that now appears clinically dead. The most severe critics will criticize President Obama for showing cold indifference to the humanitarian crisis that has battered Syria for five years.

Whereas he inherited a country engaged in two wars and threatened by a major economic crisis in January, 2009, Barack Obama will bequeath to Donald Trump a stronger country and a more stable foreign policy, set up to face the major challenges of coming years. The new president would be well advised not to start with a blank slate. He would, in fact, benefit by letting this legacy bear fruit.

*Editor’s note: This article was written prior to former President Obama’s farewell speech, but the perspective contained herein remains relevant.

***Editor’s note: On Jan. 23, Trump formally abandoned the 12-nation Trans-Pacific Partnership, which was to link a dozen nations from Canada and Chile to Australia and Japan in a network of trade rules.