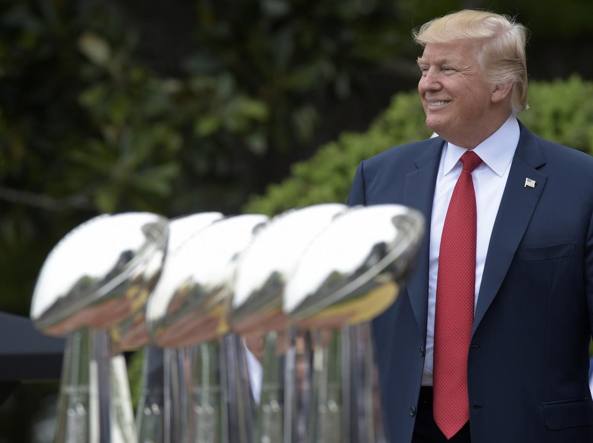 “It’s complicated.” After an election campaign spent taking shortcuts, this is the new mantra of The Donald in his institutional incarnation, as he is forced to face the fact that hyper simplification leads nowhere. He has discovered that he cannot turn the health care system upside down in record time by erasing Obama’s reform, as he promised, because the subject is very complex. Then, showing both surprise and fascination, he related that when he asked Xi Jinping to use Beijing’s political and economic power to block North Korea’s nuclear program, the president of the Asian giant explained to him the intricate history of relations between China and Korea. This prompted the realization that “it’s not so easy…”

The next astonishment and change of heart may concern employment. Trump is determined to move production activities that were transferred abroad back to America. He promised that miners who lost their jobs because of diminished use of coal, the most polluting energy source, will be employed again. However, the only returning factories are the ones that can be automated. As for coal, environmental problems aside, its demand is unlikely to grow considering the current abundance of low-cost gas. Eventually, Trump will have to realize this. While he concerns himself with mines, the real employment crisis is occurring in the services sector. During the last six months, over 100,000 jobs in retail sales have gone up in smoke. From 2001 to the present day, the distribution sector has lost half a million members of its workforce – 18 times as many as the number of miners who lost their jobs.

Trump will have to acknowledge these numbers. According to his harshest critics, the reason why he has not done so yet is discrimination. Ninety-five percent of miners are white and almost all of them are males, i.e., his main voters. Males make up less than half of the retail workforce and 40 percent of the employees are black, Hispanic or Asian-American. The actual explanation is not race-related, but it is still tied to his political propaganda. Focusing on factory workers and miners makes it easy for Trump to find a scapegoat: low-cost Asians and Mexicans who steal jobs from U.S. workers, or environmentalist left-wing liberals who leave miners unemployed by imposing strict environmental restrictions. It is, however, difficult to find a culprit in the commerce sector. However, the election campaign is over, and the middle class keeps hemorrhaging jobs.