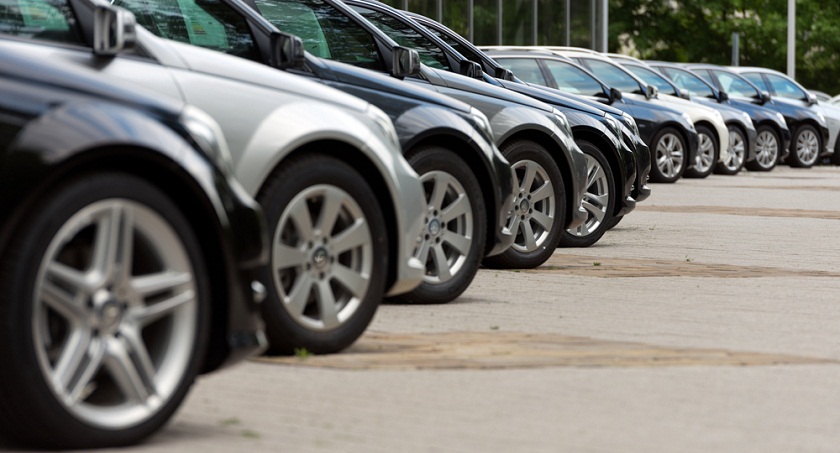 Consumers in the U.S. seem to have lost their desire to buy new cars. Bad credit history and shifting trends could be the reasons. This also brings great danger in terms of loans.

“Peak auto” is the new dreaded phrase on Wall Street. If “peak oil” once stood for a turning and tipping point in oil production because all of the large reserves were considered exploited, now many players fear such a horror scenario for the automobile industry.

It is not a matter of running out of fossil fuel for the gas guzzlers, but instead that consumers seem to have lost the desire to buy new cars because they either have too little money for such an acquisition or the younger generation no longer wants to own their own cars any longer.

Recently, new car sales have nosedived and distanced themselves considerably from the yearly marker of 18 million.

After already bad numbers for March, equally as gruesome April numbers ran across the ticker on Tuesday afternoon. Declining sales for the bulk of manufacturers are the ultimate confirmation for advocates of the peak auto theory that something is going radically wrong in this sector and the U.S. economy as a whole.

Parallels to the US Real Estate Crisis

The alarmists speculate that it is not a matter of the normal ups and downs that have always existed in the sector. Instead, it could be a turning point for the industry, which will negatively affect the entire national economy. There is a real danger that the financial distortion will spread to other branches of the economy.

Americans are crazy about their cars. As soon as the economy is more or less working, and they can get a loan from the banks, they pounce. Thus, vehicles in the U.S. are financed on credit in a way that is uncustomary in Europe. In the meantime, automobile loans add up to an incredible total of $1.1 trillion. Seven years ago, the total stood at just $700 billion.

The American personal car market has an 8-year boom behind it. As is customary in every boom, the vehicles became more expensive from year to year, while credit was approved more and more generously. “The parallels to the U.S. real estate crisis 10 years ago are striking,” stated a study from the political think tank, Stratfor.*

It is an especially disturbing parallel: With cars, too, there is a considerable subprime segment. “Subprime” is what loans were called before the crash of 2008 when they were given by financial institutions to homebuyers with uncertain or bad credit. As if that wasn’t enough, there are similarities to the real estate bubble.

Risks Sold the World Over

Today’s risky auto loans are being bundled into new securities and sold off to investors like hedge funds. In this way, the risks are sold the world over and no one can say exactly where they are if the auto loans bubble should burst.

“The situation with auto loans is getting worse and is following the pattern of the past financial crisis,” said Marc Opitz, an expert with the German comparison portal, Kreditvergleich.net. An increasingly large segment of current auto loans cannot be serviced by the due date. Installments more than 30 days overdue already amount to $23 billion.

The explosive nature of “peak auto” and its potential impact on the national economy are not to be underestimated: “The most recent data from the passenger car market indicates that the boom phase is over,” said Folker Hellmeyer, chief investment strategist with Bremer Landesbank. Fueled by record low credit standards, there has been successive growth over past years, but the boom is now falling in on itself: “The dealers are sitting on the highest inventory of unsold vehicles within living memory. The manufacturers have produced a backlog of hundreds of thousands of vehicles.”

For a country with a quickly growing population and no form of transportation capable of transporting masses of people to any reasonable extent, these omens are anything but positive. This is pertinent above all considering the fact that the economy is actually designed for expansion. “If it is only rebates and other incentives that are able to stimulate sales, it will soon look pitch-black,” prophesies Hellmeyer.

The Stratfor analysts also see a substantial potential for stress if the credit bubble should burst. As a consequence of that, banks could scale back the granting of credit altogether. That in turn would drive back consumption and economic growth.

American consumers are more heavily indebted than ever before. Along with the $1.1 trillion in auto loans comes a further $11 trillion in mortgages, student loans, credit cards and other forms of debt. On balance, U.S. citizens are in debt to the tune of $12.6 trillion. In addition to that comes another almost $20 trillion in national debt.

The good news, from the viewpoint of the Statfor experts: It is unlikely that bad auto loans will reach the critical mass needed to trigger a meltdown of the financial system. At $9 trillion, the volume of mortgage loans was almost nine times that of the auto loans. However, unlike with real estate, vehicles can relatively quickly be turned into cash to at least partially pay off defaulted loans. Nevertheless, used car prices have recently trended downward.

The question remains as to whether the rest of granting credit lies on solid ground, because observers are seeing a deterioration of credit quality in the auto sector.

*Translator’s Note: Although accurately translated, this quoted remark could not be independently verified.