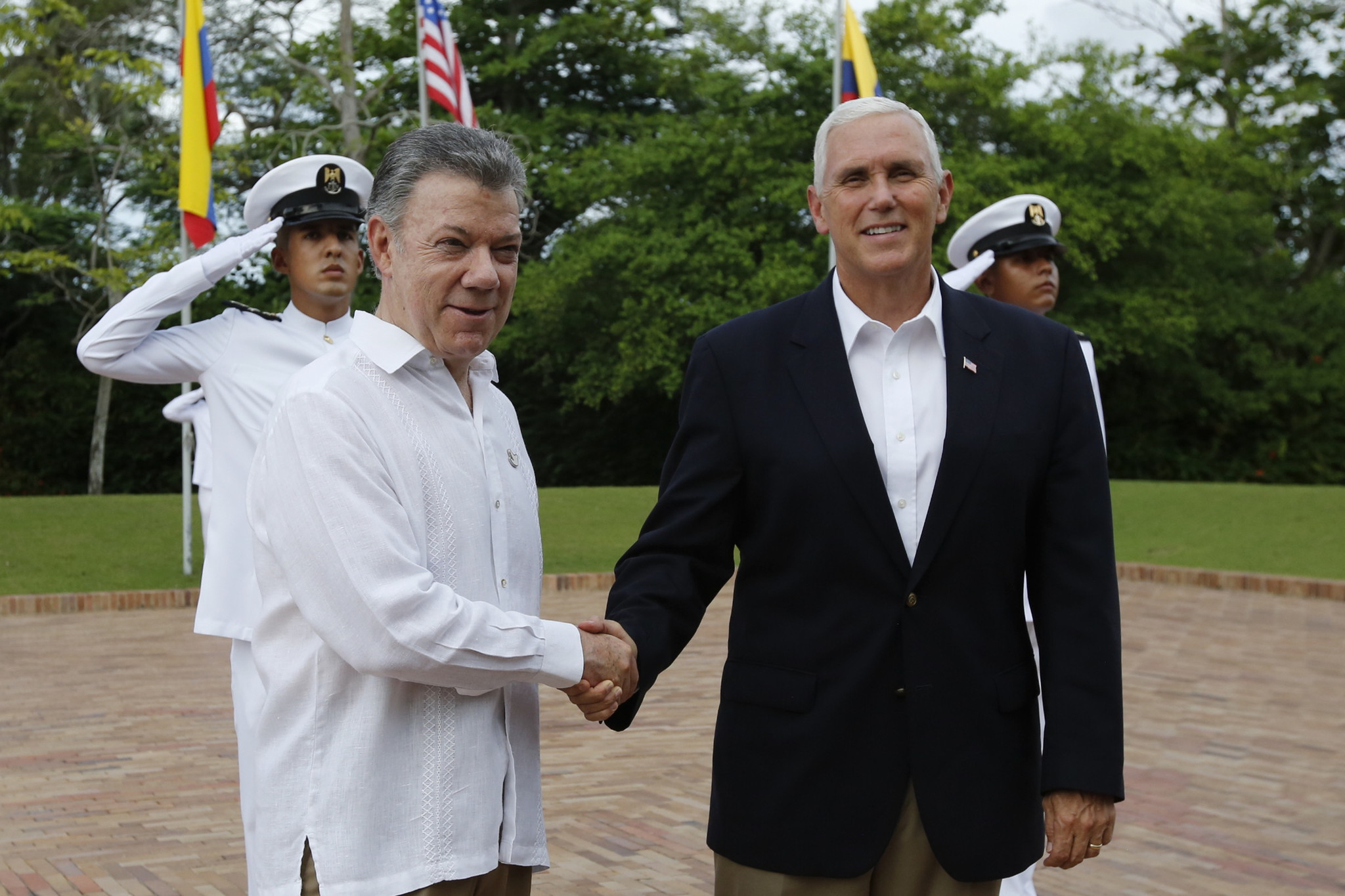 Vice President Mike Pence was in our country this past Sunday and Monday. While the visit was a way of building on the continued friendship between our two nations, it’s worth looking at the two issues of disagreement we need to resolve.

The first of these is drug trafficking and our governments’ differing visions. For President Juan Manuel Santos, it’s necessary to approach the issue from the point of view of consumption and public health, which will change the way of dealing with the problem. Forms of repression, especially aerial fumigations, have failed and been replaced by eradication programs targeting those planting the illicit crops and using huge economic resources to consolidate change.

The United States, however, sees only more growth of cultivated areas, the consequent increase in drug trafficking and the expanding supply of narcotics, namely cocaine. As a result, Pence’s party has ratified its position to consider such activities as crimes to be combated, with emphasis on the need to exterminate the crops and attack the entire chain.

We can conclude from the vice president’s visit that relations between our two countries are falling back on something that seemed to have been overcome: the anti-narcotics battle. Of course, the increase in coca plantations in Colombia and the consequent increase in cocaine must be of concern to a consumer country like his own. But it can’t be ignored that it is first and foremost a threat to our own country, one that needs collaboration rather than imposition in order to resolve what is a threat to humanity.

The other issue is the position of the U.S. government toward the dictatorship in Venezuela, a dictatorship which the democratic world rejects and condemns. Recent statements by President Donald Trump about a possible invasion of the neighboring country are in no way a solution for the Venezuelan people, and to the contrary, contribute to consolidate a regime that already uses the threat of imperialism to support itself.

President Santos was clear in rejecting this possibility, though Pence stated that the U.S. would not simply sit and watch what is happening. Although he described the Venezuelan government as a “failed state,” and spoke of imposing possible sanctions, the rejection of a military option did not seem very clear, a fact that only strengthens the Maduro government in its strategy to victimize itself in order to justify the cruelty with which it treats its people.

These were not the only important issues discussed during the visit. But it must be said that both the drug trafficking and the situation in Venezuela need much greater clarity and coordination to avoid problematic fissures in a relationship that has been stable and fruitful for both countries.