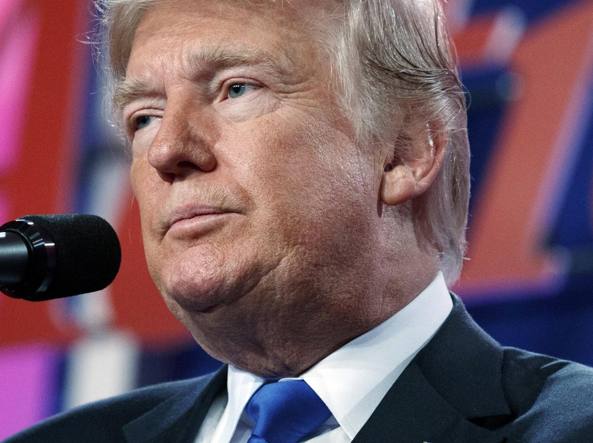 Apparently, the U.S. president would rather add fuel to “culture wars” than actually govern his country.

According to a document distributed during an internal meeting by Peter Navarro, a very ideologically-driven and unconventional economist who shares Donald Trump’s hostility toward free trade, America’s “weakened manufacturing base” causes “higher abortion rates,” “increased spousal abuse” and “higher divorce rates,” as well as “increased drug/opioid use,” “a rising mortality rate” and “a lower fertility rate.” This document, not backed by any data and featuring the above arguments, stunned other White House officials, who are instead in favor of free trade and trade treaties. To defuse this “protectionist” and ludicrous document, the officials decided to leak it to the press.

However, this move did not result in the expected uproar. The documents only confirmed that Trump values ideology over facts (facts that were distorted by Navarro, even though deindustrialization has indeed caused an increase in suicide among low income whites) and over the need to govern the country in an efficient and rational way by communicating with the other branches of government and with the rest of the world. This fact has become more and more evident after the president’s recent actions. Instead of concentrating on his legislative agenda (health care and tax reform), aid for the regions devastated by hurricanes, and diplomatic efforts to isolate the hotbeds of tensions starting with North Korea, he has come up with all sort of distractions: attacks on football players who kneel during the national anthem, harsh quarrels with the press, and now a dispute over the honors meant for fallen soldiers. Moreover, when he talked about North Korea and its dictator, he did so in a manner not at all befitting a president by opting to using threatening and vulgar language, the kind that appeals to his core voters.

Therefore, he prefers to keep throwing verbal punches and adding fuel to the culture wars that are so popular with the fundamentalist right. Actually governing the country must seem a boring and unappealing job for Trump, much like managing an apartment complex. Many experts, even conservative ones, now share this analysis. Even historian Walter Russel Mead validated it in an essay published in Foreign Affairs, in which he compared Trump to Andrew Jackson; a president who was convinced that the financial establishment had become too cosmopolitan, and mainly tried to revitalize patriotic values and to redefine America’s cultural identity.