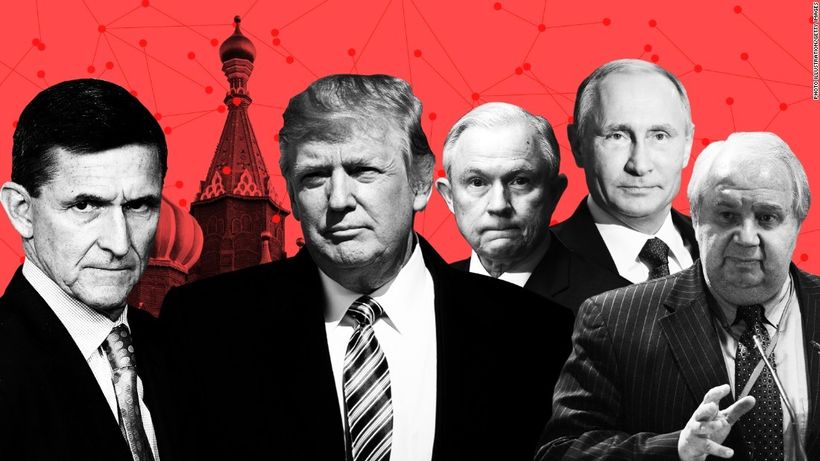 Every four to eight years, swarms of fanatic patriots in Washington look to associate themselves with the presidential candidates. Their “selfless” support comes from their shared ideologies in reviving the country’s past glory, reclaiming their spot as the No. 1 world power, defending the American way of life, democracy, freedom and the ever sacred national security, and protecting family values from enemies both real and fictitious, present and future, earthly and celestial. It has mainly been Republicans who run with this exaltation of all things nationalist and nativist in order to gain followers among a population educated in an excessive chauvinism based on the “my country, right or wrong” dogma.

This unhinged patriotism, however, tends to encompass some less idealistic, less praiseworthy goals as well: ambition, greed, money, power, embedding oneself into government, etc. Unfortunately, to reach these goals, one must be willing to participate in any transgression, conspiracy, bribery or illegality necessary. For example, plenty of Ronald Reagan fanatics (Robert McFarlane, John Poindexter, Oliver North, Elliott Abrams, etc.) were fired, fined or imprisoned for creating a government that ran parallel to the White House, violating the Constitution, disobeying Congress, entering into shady agreements with foreign enemies and even trafficking drugs and weapons. It all led to the Iran–Contra scandal that almost left Reagan impeached.

This tragicomedy is repeating itself. It’s revealing itself through Trump’s populist “America First” revolution, where deep conflicts of interest have come to light, as well as bribes, dirty money, espionage and treason. Trump’s campaign manager, Paul Manafort, resigned last year after hiding millions of dollars he received from Ukraine’s pro-Russia government, and was recently arrested with his right-hand man, Rick Gates, on 12 charges ranging from false testimony to illegal lobbying, money laundering, tax evasion and conspiracy against the United States. Another ex-campaign member, George Papadopoulos, was detained this past July after he confessed to lying to the FBI about his connections to the Russians, and he now finds himself collaborating with special counsel Robert Mueller. Since patriotism clearly does not include colluding with enemy countries to win elections and allowing them to intervene in your own country’s internal politics, what more accurately describes Trump’s team is a sort of fake patriotism used to cover illegitimate business dealings and even treason.

As we made clear in our articles this past May and July, this unbelievable scheme combining corruption, political demagoguery and fake patriotism is extensive and includes various other officials, Trump’s family and the president himself. The special counsel handling “Russiagate” won’t delay in holding accountable Gen. Michael Flynn, former national security advisor, who resigned for not revealing that he, too, received money from Russian businesses and met with the Russian ambassador. The same fate awaits Trump’s spoiled son-in-law, Jared Kushner, who has had more contacts with the Russians than anyone, as well as Donald Trump Jr., who met with the Russians to obtain damaging information on Hillary Clinton, and of course Trump himself, who for over 30 years has maintained shady business dealings with the Russian mafia and oligarchy. A spectacular political tsunami has begun which, fortunately, will bring the fall of Trump and those who share his fake patriotism.