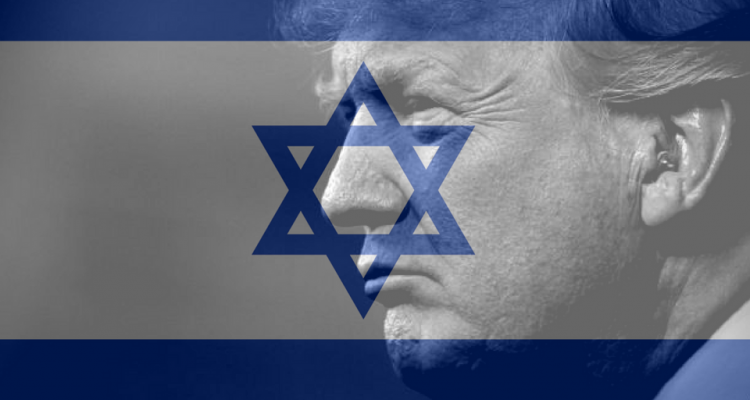 The U.S. Embassy is to be moved to Jerusalem. This is the most consequential step that Middle East policy has seen in the past 15 years.

Donald Trump, this domestic policy cowboy and dangerous foreign policy clown, has recognized Jerusalem as Israel’s capital and announced that the U.S. will be moving the American Embassy to the city. With that, not only will a prime address in Tel Aviv with a sea view become available, but after years of stalemate, the move opens a view to a new, more realistic Middle East policy.

Trump’s motivation may have been quite different, and it is not historic that he is negating the Palestinian claim to Jerusalem, but his decision about Jerusalem is only logical, and diplomatically, it follows political developments since Oslo.

Whoever finds Trump’s move irrational and dangerous just needs to look soberly at the logic of American and German Middle East policy for the last 15 years. One adhered to an illusionary two-state solution — although this was made impossible by Israel’s settlement policy — and reprimanded Israel again and again, but continued to subsidize its military. At the same time, the other financed a corrupt and undemocratic Palestinian Authority in an attempt to prevent the Israeli occupation from becoming a humanitarian catastrophe. It is good news that this ridiculous condition can now end.

The Israeli government and the right-wing majority in the country can’t be okay with Trump’s move viewed in the long term. For them, the status quo is comfortable: For all practical purposes, there is only one state between the Mediterranean and Jordan; millions of Palestinians live there under Israeli control.

Israel needs the long-term goal of a two-state solution, as unrealistic as that might be, more urgently than the Palestinians. Because when the goal — two states for two peoples — is officially achieved, Israel will face unpleasant questions. What about the millions of Palestinians who will then be officially living under Israeli control, without any citizen’s rights?

It is time to speak of alternatives to the two-state solution. Trump has just taken the first step.

About Sandra Alexander 456 Articles
I have retired after41 years of teaching German in the Philadelphia area - 33 years at a high school and 8 years at a small, private college. I have an M.A. in German and keep my German language skills current by translating.