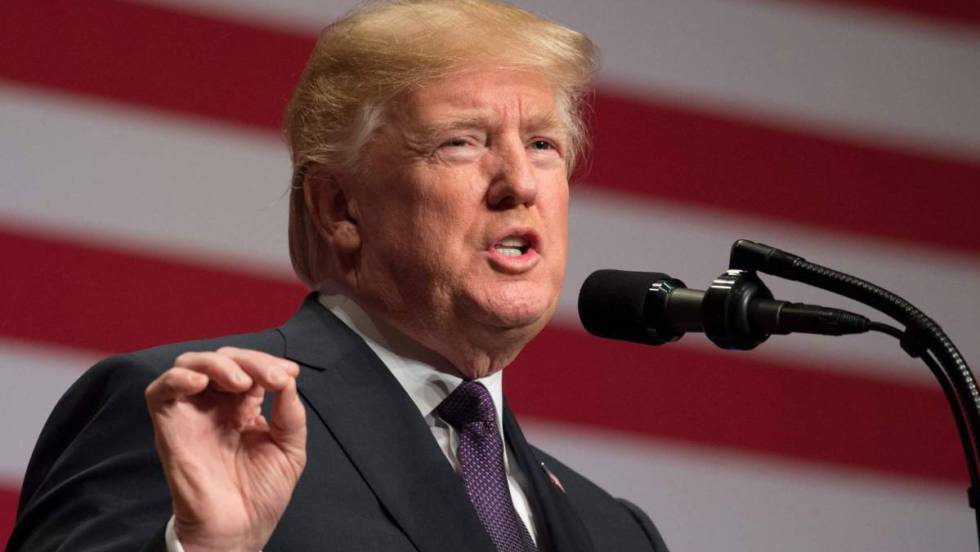 Donald Trump is a growing danger. Those who believed that it would be possible to control him or that presidential dignity would moderate him were wrong. Not even the praetorian guard of retired generals that surrounds him in the White House, all of them veteran hawks, but intelligent and wise, has been able to bend him.

The president is a born bully, inconsiderate and rude, without respect for anything or for anyone, and always ready with an insult on his lips or on his Twitter account. As it happens with many bullies, his skin is as thin to criticism and attacks by others as his digital claws are sharp.

Hours and days of leisure, like those around the beginning of the year, seem especially favorable to his debauchery. Convinced that such an attitude delivered good results as a presidential candidate and during a first presidential year that his acolytes consider glorious, he now seems determined to convert his compulsive and improvised phrases on social networks into the main tool of United States foreign policy.

In the first few hours of 2018, Trump intervened with his digital darts in four conflict scenarios: Pakistan, Palestine, Iran and North Korea — in each case, with polemical and disruptive results. Where previously there were special envoys, large teams of diplomats, military and secret agents all collecting data, analyzing and negotiating, now Trump exists alone with his overnight tweets, more effective, according to his criteria, than some of the departments in his administration that he detests and whose budgets he cuts, such as the State Department or the intelligence agencies.

He dedicated a first tweet of the year to the government of Pakistan, threatening to withdraw aid directed toward fighting terrorism, which has created a diplomatic crisis with this country, a country that is essential for the stability of Afghanistan and the region. A similar threat to cut aid has been directed at the Palestinian Authority, which is accused of refusing to negotiate peace with Israel. And, aiming a threat to a regular target of his attacks, Trump has not overlooked the leader of North Korea, Kim Jong Un, to whom he paid so much attention in 2017 and to whom he gave the nickname “Little Rocket Man.”

The most infantilized version of Trump appeared when he competed with Kim about the size of their respective nuclear buttons. This does not hide the setback Washington suffered from the strategic astuteness with which Pyongyang has managed to advance its nuclear program to such an extent that it is now in a position to directly threaten United States territory. Now, at the moment of greatest risk of conflagration since the armistice of 1953, with which the war ended,* it is the North Korean regime that continues to take the lead with a proposal for talks that has disconcerted the White House.

Finally, Trump’s tweeting in reaction to the riots against the Iranian regime is the final expression of an international diplomatic effort that has been reduced to the lowest degree. The tweets do very little to help the Iranians opposed to the regime, and mask Trump’s inaction and impotence with regard to influencing the region by his use of provocative and intimidating verbiage through social media.

*Editor’s Note: The Korean Amristice Agreement of 1953 brought a cessation to hostilities on the Korean Peninsula, but a peace treaty has never been achieved.