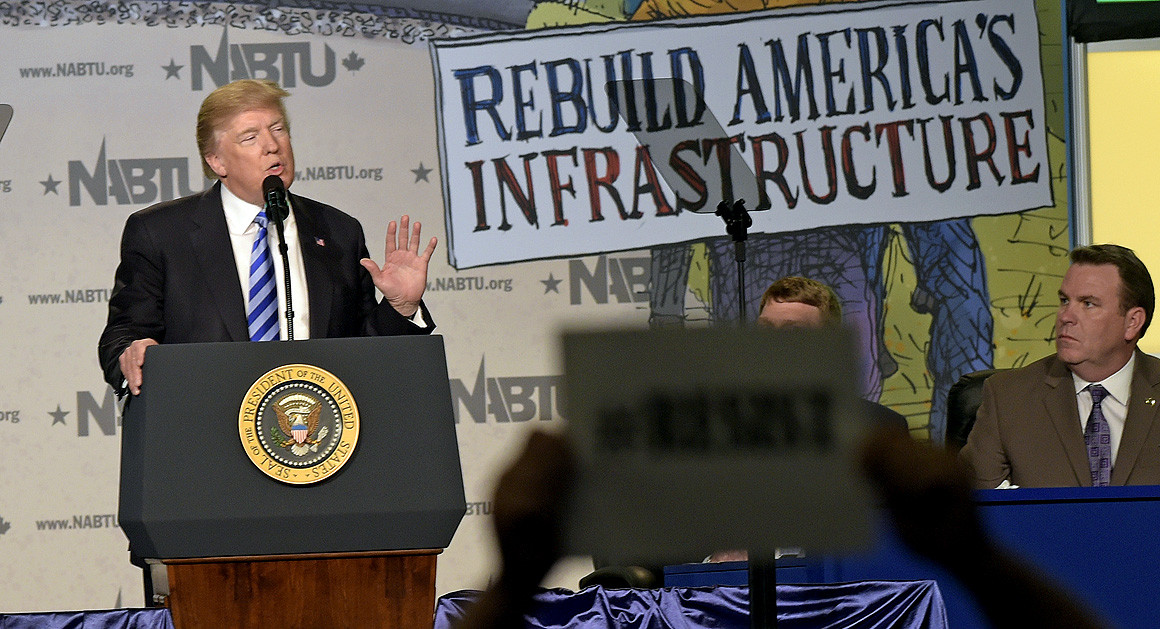 The U.S. is discussing an infrastructure development program. And Russia? Is it going to invest in its railroads, highways, and bridges?

Indeed, rapid progress on infrastructure is job number one for us Russians.

One might think, what does Donald Trump have to do with it? In the last few years, Russia has also been busy carrying out infrastructure projects, both transportation projects and projects in the realm of communications, the internet, and so on. But the fact is that the current U.S. president speaks about an infrastructure revolution, about totally replacing outmoded and obsolete assets and technologies with modern ones. He’s hoping to put highways, railroads, bridges, water pipes and communications infrastructure in order for $1 trillion.

With his call to action, Trump is also setting a new standard for quality of life. From now on, quality of life will be defined by the average citizen’s access to modern infrastructure, which will allow him to travel faster, to consume the amount of cheap energy necessary for life, and to communicate with the whole world. Fortunately, or unfortunately, we also need to change everything completely. And first and foremost, we need to modernize cities that are clusters of infrastructure and combine their various forms.

But while we have tasks in common, it’s sad to see the stark difference in approach. The White House is prepared to resort to reducing expenditures on other budget items as well as attract funds from private investors and local governments. In Russia, nothing of the sort has been outlined either among top-priority programs or even among ordinary programs. Our main task, as before, remains saving budget funds, not economic development. However, the humor of the situation is that on account of this saving, we risk nothing less than losing a significant part of both our gold and foreign exchange reserves and the funds held offshore by Russian oligarchs and state-run corporations. At least half a trillion dollars—an amount comparable to what Trump has earmarked—could be invested in carrying out our Russian program for an infrastructure revolution by issuing government-backed securities and bonds. And our oligarchs could invest in the bonds—if only to save the funds withdrawn from their offshore accounts.

The necessity of a total upgrade can be explained by using the example of the relationship of our telecommunications equipment to that of the West. Ours is newer since we entered the era of information technology later.

I hope we don’t fall behind now.

Yuri Krupnov is acting state adviser of the Russian Federation.