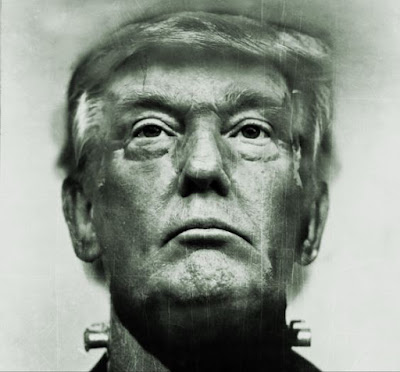 To use Wendy Brown’s expression about the election of Donald Trump, he is the “black swan” who connects plutocratic authoritarianism with the purest neoliberalism, devoid of any attachment to values such as justice or equity, under the defense of an isolationist nationalism that threatens financial capital.* The poor relationship between nationalism and capitalism is as old as the famous Marxist refrain that “economic power has no country.” The extraordinary thing about Trump is the fact that, despite having been created in the innards of capitalism, he should seem so unable to represent it: The monster has taken on a life of its own.

A year after his election, this unpredictable Prometheus has joined the realm of the most nationalistic presidents while the economy smiles on. While stock prices rise on Wall Street, some technology businesses set out to make substantial repatriation of funds instigated by the president’s announced tax break. It would seem that, in effect, fortune smiles on the planet’s strongmen, because favorable winds are also blowing for Viktor Orban and Jaroslaw Kaczynski after years of economic recession.** And as these countries continue to emphasize free market economies, the differences between them and countries like Russia and China, supporters of capitalism without democracy, grow smaller.

The worst part, however, is not that these demagogues employ a “call to democracy” to protect their national communities, but rather, that they know that, in an interconnected world, these actions fail to achieve the long-term well-being of anyone. The paradox lies in the fact that their economic advance is only a symptom of their complete loss of control over a runaway economy. Besides deploying politics for their own benefit, our patriotic leaders show us to just what extent politics is unwilling to submit to economic power. This breaks a long-held myth about democracy and the philosophy of history that has been fervently defended: In the face of a Kantian dream of a cosmopolitan, republican government, what is truly globalized is a chilling capitalist model that continues to chip away at democracy.

*Editor’s note: Wendy Brown is an American political theorist who teaches at the University of California, Berkeley.