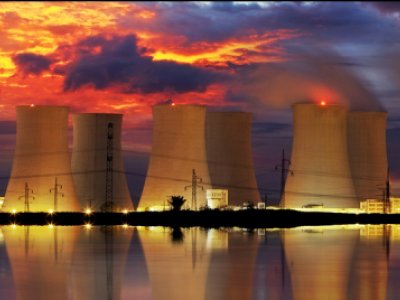 Japan has based its nuclear fuel cycle policies on the automatic extension of the Japan-U.S. Nuclear Pact, which takes effect every July and is almost nearing its 30-year deadline. Half a year before the agreement is set to expire, neither Japan nor the U.S. government has made any proposals to annul or reform it — and it’s because of this that their path is filled with so many obstacles.

The pact was first established in 1988. The U.S. recognized the right of Japan, a non-nuclear country, to extract and reprocess plutonium from spent nuclear fuel. Wanting to maintain its nuclear policies, the Japanese government welcomed the agreement.

However, once the pact’s automatic extensions expire, it’s possible the agreement may end, depending entirely on what notice either country gives. There’s no telling when the situation may suddenly change. In fact, Japan’s nuclear energy policies seem to be getting more unstable instead.

The biggest problem is the large quantity of plutonium that can be used for nuclear weapons. By the end of 2016, Japan had approximately 47 tons of it stored both within and outside the country. In comparison, the atomic bomb that struck Nagasaki used about 12 pounds. Some parts of the U.S. have raised concern about how secure this situation is — a fear that is steadily growing in the rest of the international community.

It’s crucial to reduce this quantity of plutonium in order to avoid causing unnecessary friction and misunderstanding, but the reality is that we cannot say for certain when this will happen.

Japan has been working on a nuclear fuel cycle policy that will reuse the plutonium extracted from domestic reprocessing. The core of this plan is “fast reactors,” which are called the next generation of nuclear power plants. However, in 2016, it was decided that the Monju Nuclear Power Plant, a prototype fast-breeder reactor located in the Fukui Prefecture, would be decommissioned following a series of problems. In reality, the plant was a failure.

Currently, Japan’s only way of using plutonium within the country is through thermal reactors commonly used at nuclear power plants. These reactors generate power by using mixed oxide fuel, or MOX fuel, which is created by mixing in uranium and plutonium. On top of these limited options, the situation has completely changed since the Fukushima Daiichi nuclear disaster. Only three of the thermal reactors at the Fukushima plant can be preserved for re-operation.

Moreover, the amount of plutonium consumed through these reactors is small, meaning the results are not as successful as the government is hoping. Isn’t this the perfect time to reconsider which nuclear fuel cycle should make up the foundation of our nuclear policies?

Nuclear fuel cycles have been advanced all around the world. However, many developed countries such as the U.S., the U.K. and Germany have given up on their progress, citing economic and security issues. Japan, too, is at an impasse. If we look at how the tremendous expenses of the nuclear industry are being met, we find they’ve become a burden on our citizens, who pay for the cost of nuclear power through electricity charges. It will be pointless to continue as we are.

One of the chief nuclear reprocessing power plants (located in the Aomori Prefecture) has had its reopening delayed more than 20 times, with no sign of re-operation in sight. The plant was out of service for three years before the government tried once more to restart it. Now though, the government should put its plans on hold and delve deeper into discussions.

I want the government to find a path that both deals with the plutonium we have in our possession, and which is also truly grounded in the situation we’ve been put in and includes the voices of the citizens.