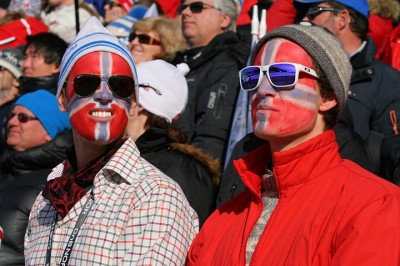 What I’m saying is that the United States doesn’t need Norwegians. It needs institutions, just laws, opportunities to develop and grow, and moral and material incentives

Donald Trump would like Norwegian immigrants. Tall, fair-haired people, hard-working and organized, educated and clean. Successful people with whom he shares physical characteristics and certain types of behavior. But chances are he won’t be successful. Today Norwegians enjoy a higher standard of living than their American counterparts and abundant opportunities for self-improvement in their democratic, free and peaceful country. They don’t need to emigrate. Hardly anyone likes walking into the unknown.

However, fate (or geography, which is practically the same thing) has dealt Trump Mexican, Brazilian, Guatemalan, Cuban, Puerto Rican, Dominican, Honduran, Haitian, Colombian and – lately – Venezuelan immigrants, in addition to other shitty people who’ve fled their bankrupt societies in search of security and progress. (Shitty people, “gente de mierda,” is the unfair and degrading term the president of the United States has himself entered into public parlance via a supposedly private conversation.)

In reality, two-thirds of the global population is much closer to shitty people than they are to Norwegians. A lax description of the societies of India, Pakistan, the Philippines, Indonesia, China, the Arab and sub-Saharan nations, and parts of Europe, Russia and Latin America would provoke the same offensive reaction in Trump that he used to refer to Salvadorans, Haitians and Africans.

In any case, it’s absurd to think that the solution to the problems lies in social homogeneity. Relying on only one race, religion and language guarantees only boredom, monotony and atrocity. For this road leads to Nazism and the extermination of different groups of people. The glorious message of republican ideology and constitutional monarchies is that diversity is not only inevitable, it’s actually very advisable.

In the 1790 census in the U.S., there were approximately four million white Americans, almost all of English or Irish origin, and half a million black slaves. Of the indigenous people, there remained only a handful, and they weren’t even counted. In 2018, there are 325 million inhabitants, 72 percent of whom are white, 13 percent black and 16 percent Hispanic, a strange definition that derives from the European colonizers.

This enormous leap occurred while the country was shifting to its current position as head of the planet. In 1890, the United States was already the biggest economy in the world. After more than a century, it continues to be so, though it’s only growing at a rate of 2 percent a year. This would suggest that, at least up to now, the machine for turning shitty people into productive citizens and creators of wealth has been working splendidly, something which shouldn’t surprise us. The species is the same. Circumstances, incentives and institutions change.

The children of Polish and Russian emigrants, in many cases coming from tiny Jewish villages or shtetls, transformed themselves into eminent doctors, lawyers and scholars of all subjects. Hindus, fragmented into 200 castes in their country of origin, in the U.S. were the group with the highest level of income. The second generation of Cubans, whose parents turned their island into an unproductive, collectivist disaster, achieved a notable degree of education and economic performance.

What I’m saying is that the United States doesn’t need Norwegians. It needs institutions, just laws, opportunities to develop and grow, and moral and material incentives for individual endeavor. If this is maintained, Haitians will slowly transform themselves into Norwegians, while still keeping their ethnic features.

When all is said and done, the admirable Norwegians of today were once ferocious Vikings, coarse and brutal, who had the nasty habit of spitting in baths which they used to wash off the blood and mud after laying waste to enemy villages. So the Norwegians were shitty people.

The author is a journalist and writer. His most recent publication was the essay, “The President: a manual for the electors and elected.”

About Tristan Harper 36 Articles
The idea of translation came from a chance conversation during a break in a bike ride in Bariloche, Argentina. Seven or so years later, I'm finally making it happen.