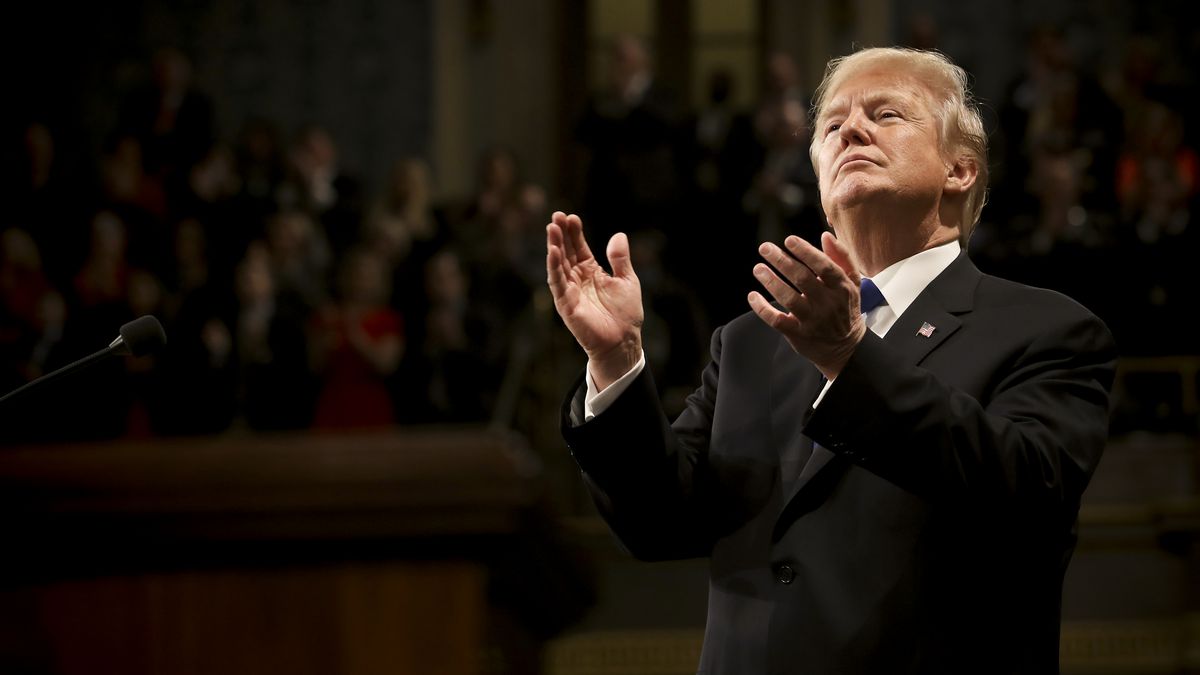 For one whole day, Donald Trump did not tweet, insult someone or fire a staff member. Is that enough to unite the country?

He actually accomplished it. For one whole day, Trump did not tweet, insult someone or fire a staff member. Instead, the president made a policy statement to Congress that, at least in style and form, was halfway appropriate for the formal occasion. Advisers spent weeks in the White House fine-tuning the first official speech on the state of the nation. Strangely tired and uninspired, Trump read the text from the teleprompter. In so doing, he avoided impulsive outbursts. On the other hand, the feeling he evoked of living in America’s best days just didn’t quite sit right with the audience.

An excess of self-praise, primarily for the good economic situation and for tax reform, much pathos about America’s old and new greatness, the invocation of national values … for all intents and purposes, Trump’s speech, anticipated with suspense by the entire country, sounded like a compilation of the best of Trump’s platitudes. Apart from the announcement of keeping the prison at Guantanamo open, the president had little to announce that was new.

More money for the military, a push for immigration policy, an infrastructure plan in the trillions, a fight against the addiction crisis in the U.S. … Trump has been promising all of that for a year. He didn’t get any more concrete on Tuesday evening. At most, it was noteworthy that the president didn’t say a single word about the NAFTA, the free trade treaty which he railed against at every campaign rally.

Beforehand, his aides had broadcast that the president wanted to deliver a message of reconciliation and optimism. Yet, in spite of all the reports of success in the stock market and the fight against the Islamic State, Trump’s address was strongly characterized by gloom and danger. And although on several occasions he called for bipartisan cooperation and national unity, one didn’t get the impression that the appeal was meant in earnest.

By linking a humanitarian solution for the 700,000 children of illegal immigrants in the U.S. who are threatened with deportation to the financing of the border wall with Mexico, Trump has already made an agreement very improbable. However, when Trump mentioned immigrants from the south who come into the country with the hope for a better life, and who are employed here in jobs in the food service industry and agriculture no American wants, in the same breath as drug smugglers and the Central American criminal gang MS-13, he ultimately angered many politicians in the opposition.

So, in spite of the occasionally sleep-inducing tone of his speech, in the final analysis, Trump remained true to himself. He is a divider, not a conciliator. This president will quite certainly not overcome the dramatic polarization of American society.