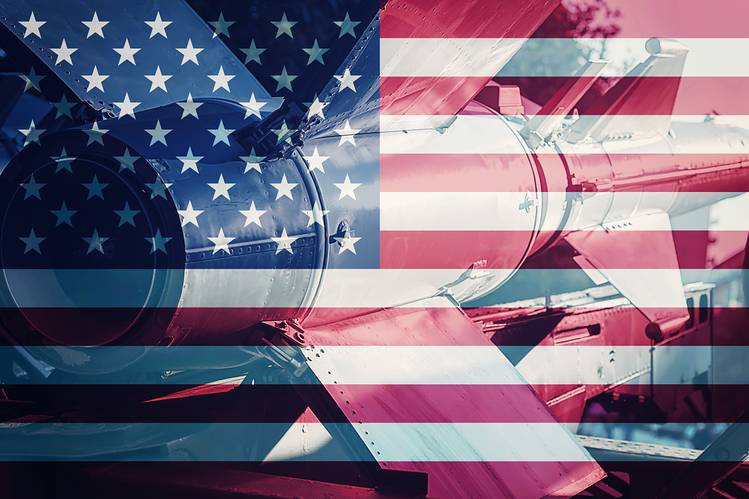 The nuclear debate is the least of citizen concerns. And yet, the new American approach to the debate marks a paradigm shift, breaking with the orthodoxy that has been in place in Washington since the 1950s. It envisions the unthinkable, the development of limited-scope nuclear weapons that are operational during localized conflicts, as well as weapons that are used in response to non-nuclear foreign threats.

Contrary to appearances, the 2018 Nuclear Posture Review, which evaluates nuclear devices by proposing to broaden the use of deterrence and prevent the depreciation of the “strategic environment” favorable to the United States is opening the way to misunderstanding and conflict.

Among nations, the possession of atomic weapons is deemed to be a source of prestige. That is why Winston Churchill refused to disclose the codes to France in 1945. He could not afford to upset the U.K.’s balance of power. And when Paris began its own research to acquire the bomb, it was partly for this reason, as well as to differentiate itself from Bonn, West Germany.

But nuclear weaponry is especially supposed to have rebuilt the bases of political power and military ethics by making stagnation in war less likely thanks to its deterrent capacity. Think in particular of the battles of Verdun, the Somme and Stalingrad. This is not to deny the outbreak of conflicts over the past 70 years, but note that (potentially) more deadly ones could have been stifled when the fundamental interests of bomb-holding countries were threatened or when those countries credibly showed their willingness to deploy their nuclear arsenal; in the Cuban missile crisis, for example.

At least that’s the opinion of the NPR, which regards the U.S. weapons stockpile as a guarantor of America’s security and that of its allies. If it were to suggest a change, it would be to allow U.S. nuclear capabilities to adapt to the increasing complexity and diversification of external threats. In this sense, it seeks to forbid any form of vulnerability. The intention is still deterrence, but there is no need to misunderstand the NPR: modernizing the U.S. nuclear triad and acquiring “atomic mini-bombs” in order to “expand the range of credible U.S. options,” in addition to being bellicose, signifies an expanded and muscular conception of deterrence. In the short and medium term, the potential for American interventionism is enhanced.

In Defense of American Interests

Given its Thucydidean accents, the NPR strongly warns against reinsuring Russia and the rise of China, and it also supposedly aims to stem the decline of the United States.

China is at the head of the world’s largest economy. And since it holds the largest share of U.S. debt, the United States cannot effectively contain its strategic and diplomatic progress, as evidenced by the recent development of a Chinese naval base in Djibouti, near East Africa and the Indian Ocean.

It is unlikely that the Trump administration can remedy the decline of the American state, especially given its strategic misjudgments, which may accelerate the strengthening of China, to say nothing of the the Russians, North Koreans and Iranians. The National Intelligence Council’s latest report (2017) is crystal clear: “For better and worse, the emerging global landscape is drawing to a close an era of American dominance following the Cold War.”

The NPR follows from this basic principle. That is why one of its objectives consists of shielding the United States “against an uncertain future,” by expanding the role played by nuclear weapons in its defense strategy. This approach is tantamount to bolstering U.S. leadership where it is faltering, in addition to strengthening U.S. containment policies at the gates of Russia and China. It cannot endorse a new nuclear arms race, nor incite deterrence, as pragmatic diplomacy and a better understanding of enemy intentions would permit. The tragedy is that this time, it will involve several nations in addition to the Cold War’s superpowers, which will increase the risk of a generalized conflagration.

The NPR is the product of a giant with clay feet whose military superiority supposedly remains unchallenged. By proposing peace through reinforcing America’s offensive tools, it is seeking to ensure the security of the United States as much as the crystallization of the international order, while doing nothing to dissuade the reinforcement of revisionist powers (Russia, China, etc.). For these countries, the NPR represents a challenge; there is every reason to think, with no offense to our collective security, that they will try to take it up.