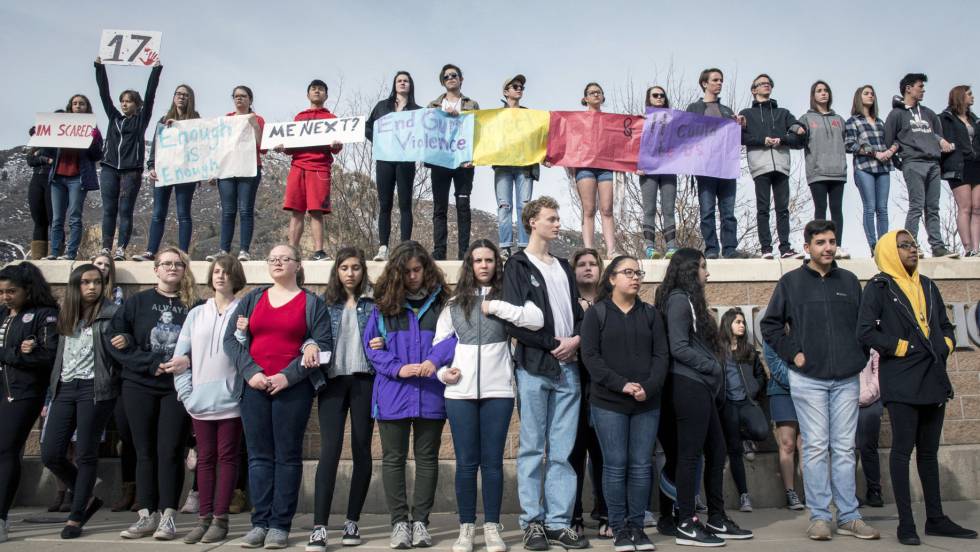 No political force in the U.S. today has sufficient power to question Donald Trump’s boasts and bragging. However, one group is starting to loudly and spontaneously raise its voice: students. On Wednesday, thousands of students from schools across the country took part in the 17-minute strike pushing for restrictions on gun sales, in memory of the 17 students killed in last month’s Florida shooting. Their slogan? “Never again.”

While the president of the U.S. has suggested arming and training teachers in the face of repeated classroom massacres, the students are arguing for an increase in the legal age at which one can buy firearms, and other restrictive measures. In 2017, the country suffered a total of 273 mass shootings, and 40 people die every day because of firearms. It is calculated that there are nine guns for every 10 people in the country. This represents a unique level of violence and weapons seen nowhere else in the world, one which is very characteristic of the U.S. – a country forged in the conquest of territory by enterprising citizens with nothing to support them save their own means. To bear arms is a constitutional right, but the extent of mass shootings has lit up the debate surrounding gun control. Barack Obama took steps down this path, but did not find any support in Congress. Trump has suggested some limitations, but pressure from the gun lobby seeks to stifle any initiative, no matter how modest.

In a world in which the state must monopolize the use of violence in defense of the security of all, and where the rights of a few to bear arms are cutting short innocent lives, American society must take this debate seriously. This time it is the young – the future generation of voters, leaders and adults – who are beginning to teach a lesson to their elders. There is hope yet.