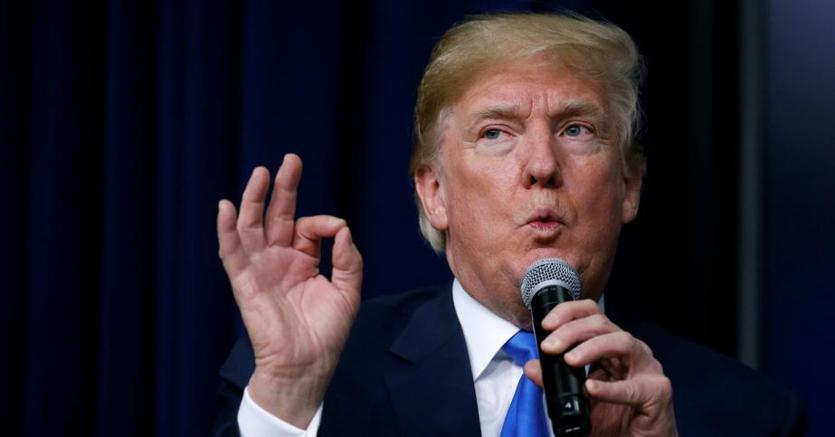 Aggressiveness toward China and a call to arms for the EU — the Trump administration’s strategy marches on as it switches between threats and conciliatory gestures, sometimes toward enemies, sometimes toward allies. It is a bumpy ride that alternates accelerations and sudden changes of direction aimed at tilting the balance of the multilateral system against China, even at the cost of making the system implode.

Yesterday, Beijing received a slap in the face. It can be considered the first, as tariffs on solar panels and washing machines mainly hurt allies. The same goes for the possible tariffs on steel and aluminum, unless exceptions are made. The trade barriers against “Made in China” products and Chinese investments in the U.S. severely escalate tensions between the world’s two largest economies. U.S. President Donald Trump and his hawks consider the containment pursued by former U.S. President Barak Obama, who did view confronting China as crucial to American foreign policy, too soft. The U.S. now openly speaks of “economic aggression” from Beijing, which has many opportunities to retaliate and accelerate the rush toward a trade war.

At the same time, the White House is sending a conciliatory signal to Europe, but it does not constitute a surrender: The exemption from tariffs on steel and aluminum is only temporary. Negotiations to make it permanent are beginning now. It is still a change of tune compared to what was said over the last few weeks.

Perhaps now that the Trump administration is preparing for a great offensive against Beijing, it has rediscovered the usefulness of Europe’s involvement. This would have been easier to accomplish last year, in December, when Brussels and Tokyo asked Washington for a joint initiative against China on the sidelines of the failed WTO summit.

Today, it would not be impossible to resume a dialogue, despite Europe’s irritation over Trump’s attacks and the justified suspicion that the White House will once again use the threat of tariffs to obtain its goals. There is no shortage of common ground. Neither the United States nor the EU accepts China’s demand for market economy status. Both sides of the Atlantic feel besieged by Beijing catching up to them in the technology field and acquiring giants of industry and innovation. While the U.S. Congress is prepared to strengthen the powers of the agency controlling foreign investments, Germany, France and Italy have promoted a joint action with the same goal.

However, nobody in Europe seems to want a trade war, whether it is against the United States or China. Maybe that is what the White House dislikes.