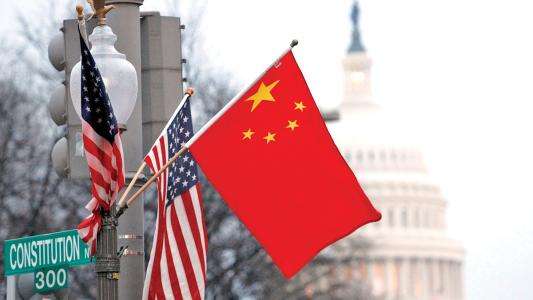 When it comes to the future of US-China relations, both sides are due for some make-up classes. China needs to take classes on connecting with every one of America’s many different social strata, not just a few top-tier manufacturers and marginalized politicians. Meanwhile, America needs to study up on understanding the significance of Sino-U.S. cooperation for the entire world.

In general, when it comes to today’s Sino-U.S. trade relations, the rest of the world is most concerned about the issue of bilateral trade. This is because the U.S. and China account for a large portion of the world’s total market space: one makes up about 24 percent of the global economy and the other accounts for about 14 percent. For two large economic powerhouses such as these to initiate a trade war would be no small matter, and it would certainly trigger enormous repercussions throughout the global economy. In reality, behind the scenes, the international conflict that started with America’s tariffs on steel and aluminum imports is very complicated. The United States’ actual motivation is by no means limited just to trade, but in fact, it is very likely that this could evolve into the first strategic move – a move with era-defining significance – since the end of the Cold War.

In reality, America is now undertaking a debate and reconsideration of its strategy toward China on an unprecedented scale. This debate’s many participants include those from political and governmental circles, academic circles, business circles and military circles; no one is failing to get involved. And the topics of conversation are similarly broad: from trade and security to culture, science and technology, almost nothing has been excluded. But when you drill down to the bottom of these debates, the central theme is this: Does America need to fundamentally adjust its strategy toward China? Some have written that this debate is a dance in which the people and the government share a stage, with the government personally leading the charge and setting the tone. The National Security Strategy report published by the White House defined China as a “strategic rival” and declared that America’s previous policy toward China has been a complete failure. The U.S. Defense Department and the Pentagon also published their 2018 National Defense Strategy report, which emphasized that their No. 1 area of concern is no longer terrorism, but rather strategic competition between powerhouse countries (the main ones being Russia and China).

Why is America redrawing its view of China 40 years after China’s Reform and Opening-Up program? Are these just random attacks against China? Is all of this just President Trump letting his emotions dictate his decisions? My answer is very simple: absolutely not!

The U.S. and China’s tangled relationship can be attributed mainly to four American ideas.

First, America believes that China is no longer its exploitable friend and that it has thus lost “the value of friendship.” Thanks to its geography, Cold War China had value as a threat against the Soviet Union, and this was the reason for Richard Nixon’s decision at that time to initiate visits to China and open up the gates. But today, America believes that China has lost its value as a friend; China and Russia have moved very close together, to the point that even when it comes to North Korea, China seems to be in no rush to help. Trump’s decision to initiate talks with North Korea was, in fact, influenced by this context. And North Korea’s uncharacteristic request to engage in talks directly with America further confirmed America’s belief that China has lost its value as a friend.

Second, America believes that China has not reformed, and the U.S. has lost confidence in China’s future. The withdrawal of foreign investment from China, not just of capital and technology, but also the withdrawal of international influence, has brought about a common perception that there is no hope for the future of China. And whenever international corporations encounter any sort of obstacle in China, their complaints about those obstacles serve to further engender the attitude in the United States that China cannot be trusted, and that there is no future for China’s reforms. And of course, America believes a China that doesn’t undertake reforms can only become a rival, and could never be a cooperative partner.

Third, the reason that China is not just not a friend, but is, in fact, a strategic rival, is related to the “Belt and Road” initiative of 2017 and China’s relentless pursuit of international ascension since the program began. From the “New Silk Road” to the “Belt and Road Initiative,” the main new development is that China is now stepping into the global contest for maritime control in the Red Sea. This has been a traditional area of influence for the Western world for countless centuries, and it is also a major area in which the wealth of the world accumulates. America’s international partnerships are all connected through this region, and so the U.S. is trying as hard as possible to curb this trend. This has become a choice that has implications for the future of America’s position in the world.

Fourth, China has now grown strong enough that it can no longer be considered harmless. China’s strength and China’s market are inextricably linked. In the past, the Chinese market was appealing to the West, and so America was still able to accept, with a great level of certainty, the notion that the market benefits outweighed the harm that China’s strength could cause. But today, America can see that a large amount of foreign investment has left China, American companies in China aren’t enjoying much of an advantage, and moreover, there is still a large trade deficit between the two countries. This has caused the Americans to believe that the Chinese market has lost its value.

And so it’s really no coincidence that Sino-U.S. relations have reached their current state. This cannot be explained by any simple, coarse categorization as just one problem or one person. Behind the scenes, there are decades of evolution and accumulation, and going forward, Sino-U.S. relations will undoubtedly continue to be very challenging – potentially much more challenging than public opinion currently estimates. Roughly speculating, the future direction of Sino-U.S. relations will very likely decide the fates of both China and America. Indeed, this relationship is of the utmost significance, and its influence is far-reaching.

The author is a founding partner of Ampang Consulting, principal investigator, postdoctoral supervisor, think-tank scholar and news analyst. He is the first researcher to study the “New Silk Road” and advocate for the Chinese Marshall Plan. In addition, he is also the first researcher to study Chinese land rights theory. His principal area of research is the use of news analysis to study geopolitical strategy and urban development strategy. The author has also been a member of the China Institutional Reform Research Association for many years and taught at many Chinese universities.