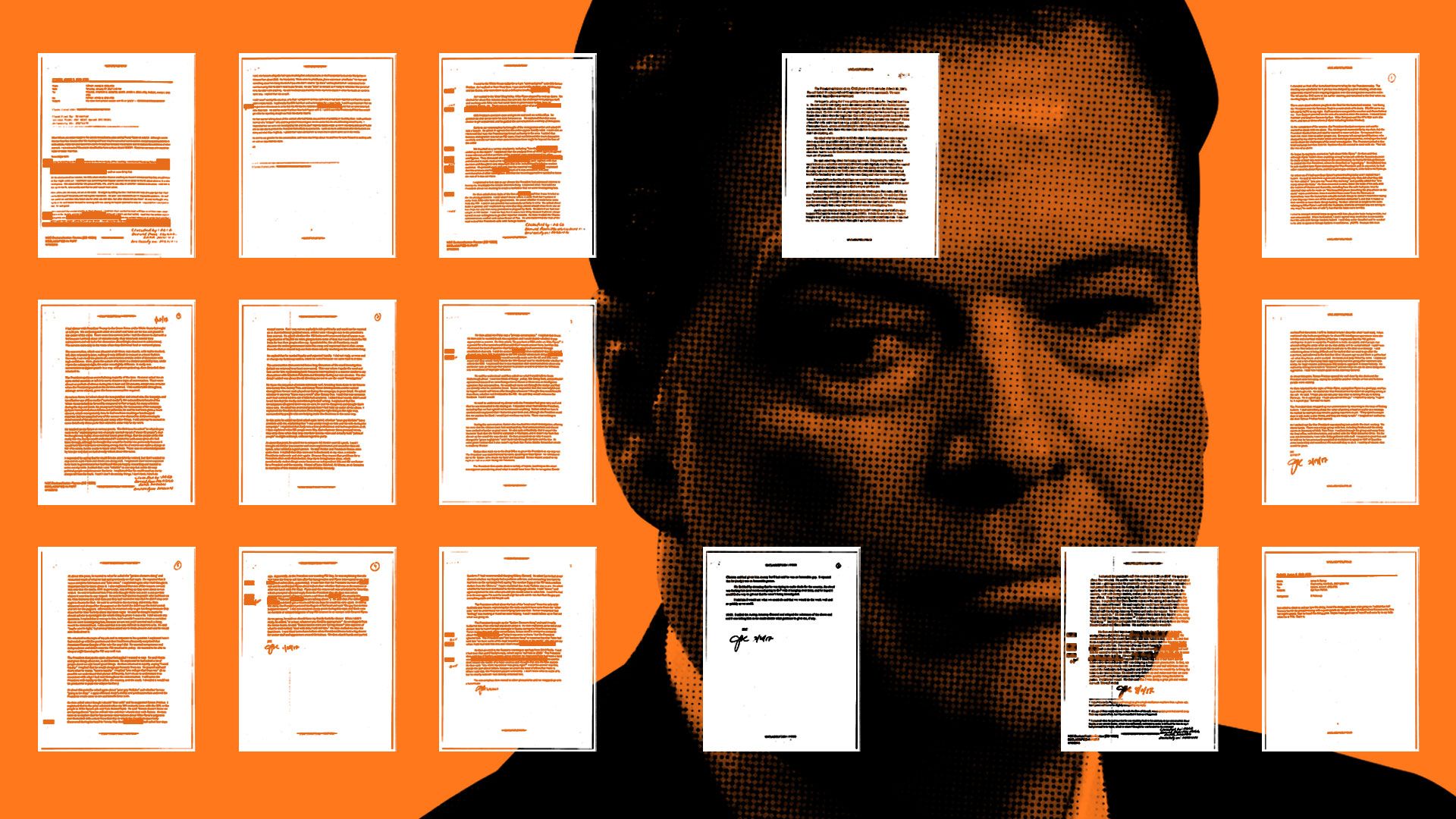 More important than what is in the Comey memos that leaked this week, is that they have left the vaults of the FBI.

The memos, written by FBI Director James Comey after talks with President Donald Trump and before Trump fired him, leaked last Thursday. And it was probably not coincidence that the memos were leaked after they had been made confidentially available to Congress at the urging of the Republicans.

At that moment, it was as if a political emergency valve opened: Suddenly the immense pressure that had been building up about those memos in recent weeks was gone, and with that, also the pressure surrounding the position of Deputy Attorney General Rod Rosenstein. The chance that Rosenstein, the highest supervisor in the investigation into Russian meddling in the presidential elections, will be dismissed, has become considerably smaller.

The content of the memos does not add much to what has already become known from the book that Comey wrote following his dismissal, and from the many interviews he has given since. The memos did produce additional examples of the U.S. president’s contempt for civil rights when they interfere with his personal interests. Journalists who do not want to disclose anonymous sources of sensitive information coming from Trump’s circle need to spend a few days in jail and “make a new friend,” according to the president, who is apparently at peace with the classic image of American prison as the place where you are immediately forced to have sex with the most powerful co-resident of your cellblock.

What did the Republicans really expect? One of the theories is that the memos could have proven that Comey had made a misstep. After his dismissal, he passed a number of the notes on to The New York Times via a friend, with the ultimately successful goal of provoking the appointment of a special prosecutor. Some of his memos were classified as secret, others weren’t. If he had leaked a secret memo, the Republicans could have said that special counsel Robert Mueller was conducting his entire investigation based on an illegal inducement. That does not immediately invalidate the investigation, but it does make it politically suspicious.

Earlier, the Republicans tried to apply that reasoning to the first FBI investigation into Trump’s campaign organization. A former campaign adviser, Carter Page, was the subject of a court-ordered wiretap. According to Republicans, that order was obtained through reliance on the “Steele file,” a collection of messages and rumors about contacts between Trump and the Russians, collected by a British former spy. Steele was paid indirectly by the Democrats. According to the Republicans, that was kept a secret from the judge, and therefore, the entire investigation was contaminated by FBI misconduct.

In both cases, that strategy now needs to be considered a failure.

The “scandal” surrounding the wiretapping collapsed in February. With great fanfare, the Republicans revealed a memo that was supposed to prove foul play, but instead made crystal clear that, thanks to a footnote in the official documents they had apparently overlooked, the judge had not been misled regarding the political background of the file. Moreover, the memo showed that there was yet another reason for the investigation into Trump’s campaign organization, namely the discovery that another employee, George Papadopoulos, seemed to have known ahead of anyone else that the Russians had the hacked emails from Hillary Clinton’s campaign.

Moreover, the Comey memos appear not to have much use for the Republicans, either. The best they have been able to filter out for Trump is that Comey does not explicitly say he thought the president was obstructing justice; for example, when he suggested to Comey, if not ordered him, to cease an investigation against his fired national security advisor, Michael Flynn. But the fact that Comey did not write that – and in interviews, now refuses to say that – does not mean that the president enjoys impunity, let alone his staff.

It is equally possible that the Republicans did not actually want the memos, but were hoping that Rosenstein would steadfastly refuse to release them. In that case, they could have launched all kinds of political missiles at him, like “contempt for Congress” or even a seldom-seen impeachment procedure. That would have made it easier for President Trump to fire Rosenstein and to replace him with someone who is much more obliging toward him as far as the Russia investigation is concerned. Trump seemed very interested in doing this, especially after Rosenstein approved the FBI raid of the offices and homes of his lawyer, Michael Cohen.

By releasing the memos, Rosenstein has made that road less passable. Plus, Attorney General Jeff Sessions, who is recused from the Russia investigation because of his involvement with the Trump campaign, has made it known that he would resign should Rosenstein be fired.

With that, there is an increased chance the Russia investigation will unfold as it should: with a prosecutor who does his job unhindered by politics and ultimately presents a report, whether or not accompanied by criminal subpoenas. But of course, nothing is certain as long as the president of the U.S. is called Donald J. Trump.