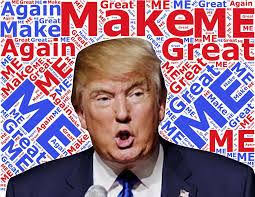 Donald Trump’s latest strategy decision to withdraw the United States from the nuclear agreement with Iran adds to the incomprehensibility of this administration’s foreign policy.

Such stubborn determination, with no alternative, places U.S. diplomacy on a trajectory of collision with some of its closest allies: France, Germany and the United Kingdom, and, on the other hand, is very dangerous, by bringing closer, much closer, the prospect of a new and catastrophic war in the Middle East.

Some analysts agree that he acts like this just to oppose everything created by his predecessor in the White House, Barack Obama, even though with that stubbornness, he makes the world a highly dangerous place.

The withdrawal from the Kyoto agreement and saying that climate change is “a Chinese invention,” not only shows his ignorance, but it also has fateful consequences for the future of the planet.

From the first week in the Oval Office, he has defended his obstinate wall on the border with Mexico, has withdrawn the United States from the Trans-Pacific Trade Agreement and has increased his constant implementation of measures against immigrants living in or entering the U.S. without legal permission.

Along with Republicans in Congress, he has made numerous attempts to repeal former President Obama’s health care law known as “Obamacare.”

All this is aggravated by his genocidal policy on Cuba, with the escalation of the criminal blockade, the support of abolishing controls over financial institutions and the elimination of proposed regulations controlling emissions from power plants and other environmental regulations approved in the Obama era.

Given the role North America plays with respect to humanity, any decision has repercussions, and if it involves a personality as introverted as Trump’s, much more so. Psychologists and psychiatrists have agreed, in several studies, on his narcissism, that is, the need to be admired and to have power.

Moreover, he suffers from megalomania or the belief that he is very important in what happens in his environment, and believes he has the right to change the lives of others, i.e., the notion of greatness. Manipulation is another feature of his character, along with the thought that the world revolves around him.

It fits with his being racist, xenophobic, authoritarian, arrogant, high-handed, aggressive, intolerant and fanatical.

Trump believes himself superior to others and treats people as if they were inferior. On numerous occasions, he has shown contempt for people, not for their ideas, but for their “innate condition.” His demonstrations of machismo are examples of this because they expose the extent to which he thinks he is right simply because he is a man.

Some of his proposals and dangerous ideas include the wall with Mexico, expelling immigrants who live in or arrive in the U.S. without legal permission, the claim that Latinos are criminals and rapists and that Muslims are terrorists, favoring torture; being against the rights of the LGBT community being against abortion; the idea that the press is dishonest, that his opponents are stupid, a constant demonstration of racism, a disbelief in global warming, and defending the activities of aggressors and violent people.

This unpredictable nature of the “President of the Empire” keeps the world in suspense, and now, to top it off, a group of 18 Republican congressmen have sent a letter endorsing the nomination of Trump for the Nobel Peace Prize, the repudiation of which will not be long in coming in the United States and in the rest of the world.

Be careful with these “Trump punches,” which are as dangerous for tycoons as they are for beggars around the world.