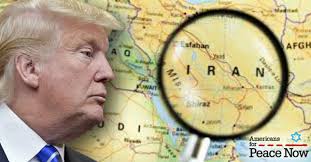 While North Korea seems to have chosen to travel the path of dialogue to try to resolve its differences and tensions with the rest of the world, Iran, on the other hand, has become the central concern of the international community with regard to peace and security.

The world has witnessed the challenge brought about by President Donald Trump’s recent decision to unilaterally pull out of the agreement that was signed by the international community with Iran in 2015. After 12 years of patient diplomacy, the agreement tried to decelerate the dangerous Iranian nuclear program and minimally monitor its course in order to prevent possible detours or deceptions in a way that ensured that the program had only peaceful and non-military purposes. Getting to that agreement was arduous and difficult at the time.

The Iranian nuclear program, which had been ongoing but secret for many years, has now become the reason for the rupture between the Atlantic countries and the Persian country. The program dates back to the 1950s, during the government of the Shah Mohammad Reza Pahlavi of Iran. After the revolution that overthrew him, the program was interrupted but resumed later. During the government of Argentine President Raul Alfonsin, Argentina provided nuclear material to the Iranian regime for peaceful uses. This collaboration ended in 1993 due to the influence of the United States.

Another very disturbing crack has opened up between the point of view of the United States and that of its allies, the main countries of Europe. That minimally reassuring disagreement is possibly the most serious disagreement in terms of peace and security that has shown up to date since the end of the Cold War.

The reality appears to be that the Iranian nuclear program poses a high risk, especially for the countries of that region, because of the long, well-known tradition that the ayatollah has in meddling in the affairs of other nations. We need to remember the obvious presence that Iran has in Yemen and Syria, and the support Tehran has provided for many terrorist actions.

It is no less worrisome and alarming that Iran today is also the main exporter of terrorism in the world and continues to prolong it, but the indisputable reality is that Europe still substantially depends on the United States in terms of its own defense needs.

For these reasons, the Iranian question has been transformed into an unavoidable concern within the always delicate agenda of peace and security of the world, especially in those countries, like our own, that have undergone experiences that warn us of the enormous danger in the Tehran regime’s international conduct. That is why it is only fitting to sound the warnings again.