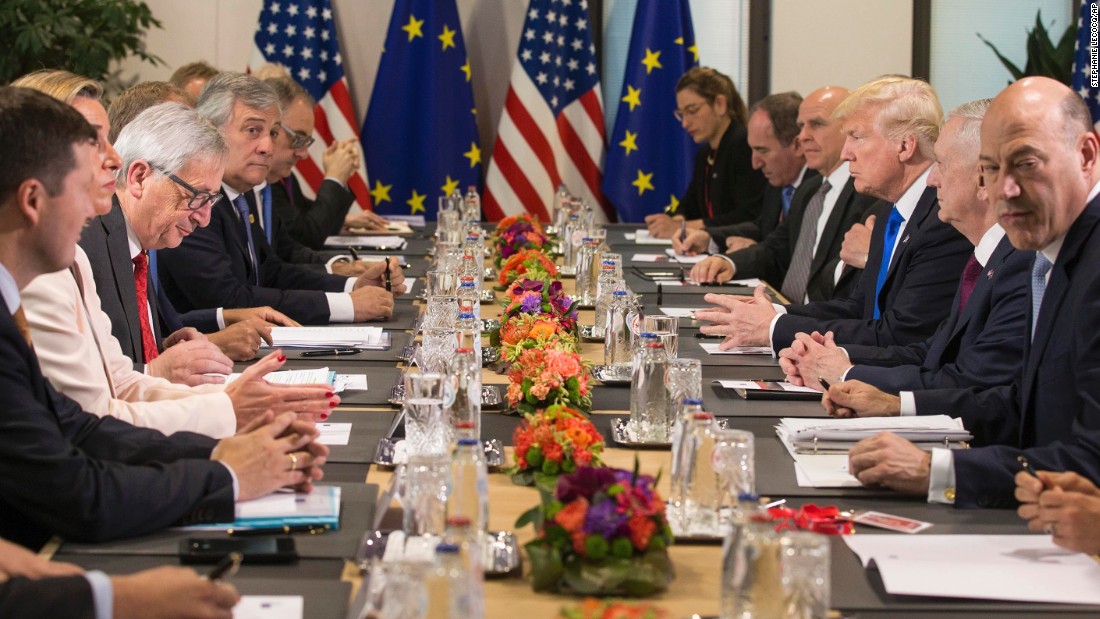 As planned, in the middle of July, President Donald Trump went to Europe for three meetings: with his North Atlantic Treaty Organization “allies”; with Theresa May, prime minister of the United Kingdom; and lastly, with Russian President Vladimir Putin. Given the importance of the meetings, expectations were high in terms of how they would go and what the results would be.

During the first stage of his trip, Trump showed his “anti-diplomacy” by insulting and attacking his NATO allies. In the meeting, he described the members of the alliance as, in effect, “delinquent” for not having kept the pledge to spend at least 2 percent of their gross domestic product on defense. Initially, he demanded that all the members of the alliance comply soon with the promise in question. However, at the end of the summit, he doubled down and requested that the expenditure be increased to 4 percent. It did not all end there. In statements made after the meeting was over, he contended that he had imposed his demand on the alliance to double the amounts allocated to defense. Immediately, acting as spokesman, French President Emmanuel Macron stated that no members had changed their initial pledge of 2 percent, once again laying bare the “alternative facts.”

Following the NATO summit, the president moved on to the United Kingdom for a meeting with Prime Minister May. Before the meeting, he felt the urge to say that Brexit was an excellent decision, but that the prime minister, defending a “soft” Brexit, was dealing with the issue in the wrong way as opposed to – according to him – the correct position of a “hard” Brexit. What is more, he brazenly stated that as a consequence of this incorrect position taken by May, the United Kingdom found itself in a state of agitation. Clearly, this was unacceptable meddling in the affairs of the host country.

Finally, on Monday, July 17, the U.S. president met privately with Putin. According to the commentators, Trump must have addressed several essential questions, emphasizing among other issues the alleged interference in the U.S. elections, the annexation of Crimea, the support for Bashar Assad’s Syrian genocide and accusations of poisonings by Soviet intelligence in the U.K.

Regrettably, in an extremely poor performance, not only did Trump not get any concrete answers, but in the press conference after the meeting, he disparaged the U.S. intelligence community, the Department of Justice and members of Congress of both parties, saying surprisingly: “I think that the probe” (conducted in the U.S. about Russian interference) “is a disaster for our country. … There was no collusion at all.”

Lastly, the crowning touch in his capitulation was the comment about the relationship between the two powers: “Our relationship with Russia has NEVER been worse thanks to many years of U.S. foolishness and stupidity,” he said. Reaction in the United States was swift, describing the meeting as a disgrace, total surrender, and even as treason.

In summary, Trump’s European trip, which involved an attack on historic NATO allies, improper meddling in the internal affairs of the U.K. and, finally, an incredibly complacent attitude toward a traditional enemy, has clearly shown the unbelievable weaknesses of this important figure who, with his ambiguity, unpredictability and “alternate facts,” is turning the leading world power into an erratic and unreliable country, with all the negative consequences this implies for the global political and economic balance.

About Tom Walker 178 Articles
Before I started working as a translator, I had had a long career as a geologist and hydrologist, during the course of which I had the opportunity to work on projects in Mexico, Chile, and Peru. To facilitate my career transition, I completed the Certificate in Spanish-English Translation from the University of California at San Diego. Most of my translation work is in the areas of civil engineering & geology, and medicine & medical insurance. However, I also try to be aware of what’s going on in the world around me, so my translations of current affairs pieces for WA fit right in. I also play piano in a 17-piece jazz big band.