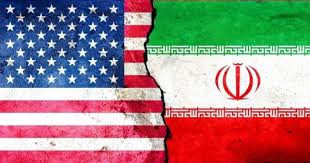 In recent days, U.S.-Iran tensions have reached a new high due to extreme pressure from the U.S., but the insincere and ever-changing messages from the U.S. have left the outside world confused.

On the one hand, high-level officials from both countries are going head-to-head with increasing rhetoric in a war of words; on the other hand, Donald Trump has stated that he is ready to sign a “real deal” with Iran. The former is making the world worry that the escalation of conflict between the U.S. and Iran has brought the risk of blowing up the Middle East ‘gunpowder barrel’ closer. The latter makes some wonder if the U.S. and Iran have already begun to negotiate and might sign a so-called “real deal.”

As I see it, neither might be the real situation. The U.S. has neither a strategic plan nor the will to launch a war against Iran, nor could it possibly have reached a consensus with Iran and signed a so-called “real deal” in such a short span of time. The current development of the situation and the confusion involved in the process is part of the United States’ psychological warfare against Iran, working in tandem with sanctions and extreme pressure, one of its basic goals being to continue creating a tense atmosphere in order to cause disruption in Iran’s domestic political ecosystem, confuse all parties to the Iran deal and put pressure on Iran’s trade partners, among other goals.

Continuing to impose sanctions on Iran, while simultaneously using its grace and power to either woo, divide or disrupt Iran’s trade partners in order to severely constrict Iran’s oil exports, and at the same time make partial adjustments based on changes in the situation, is simply the main policy the U.S. followed with Iran before Nov. 4 (the U.S. deadline for other countries in the world to halt trade relations with Iran). However, the U.S. has neither the plan nor the will to launch a war against Iran, for reasons that include the following:

First, launching a war against Iran does not fit the basic trend of U.S. strategy in the Middle East, nor does it match Trump’s profit-dealing businessman personality. Since 2018, despite the fact that the U.S. has continued to apply its leverage on the three hot spot issues of Syria, Palestine-Israel and a nuclear-armed Iran, it has not strayed from Trump’s Middle East policy of getting the most profit out of the smallest investment;

Second, should the U.S. launch a war against Iran, it would face the double dilemma of choosing between the method of war and ethics. With respect to the choice of the method to wage war, if the U.S. chooses a ‘first strike’ full-scale war that would completely overthrow the Iranian regime, it would cause regional instability or even full-scale warfare. If the U.S. chooses a limited military engagement with the involvement of allies like Israel and Saudi Arabia, the U.S. would not be able to change the Iranian regime quickly, and Iran could opt for threatening a blockade of the Hormuz Strait and U.S. military bases in the Middle East, comprehensively escalating the conflicts in regions such as Syria and Yemen as a way to strike back. As to the legality of a war, the U.S. has virtually no legal basis for launching a war against Iran, and definitely would not get the support and cooperation of its European allies;

Finally, Iran’s geographical, cultural and historical aspects have shown that the Persian people have a national will and tenacity and are not afraid of force. Iran’s more than 1.6 million square kilometers of strategic depth (approximately 618 square miles), a population that is more than 80 million strong, its national character of resistance to power, a Shia spirit of martyrdom and the Persian Empire’s strategic wisdom about surviving under tough conditions will all make an American conquest of Iran much more difficult than Afghanistan and Iraq. The American establishment elite and strategists know this very well, and the astute President Trump naturally knows this, too. Of course, the possibility that the U.S. and Iran will come to military blows on a battleground in Syria or in another third country cannot be ruled out.