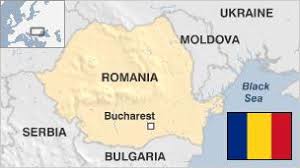 Yesterday, we found out that protocols between the secret service agencies and the representative justice institutions have been in place since the foundation of the National Council of Action against Corruption and Organized Crime, a body established at the time of Emil Constantinescu, and operated under his authority.

It’s not something that is unusual for the U.S. administration. For decades, the U.S. has controlled Latin American countries through force, imposing, if needed, one government or another. In the absence of functional democracies, American strategists preferred to support the tension between various military forces. They brought vassals to power, holding them for a while and then throwing them out of office.

The “Panama experiment” is quite a famous part of that history. At a time when the entire world media were focused on the Romanian Revolution, U.S. military forces invaded Panama on Dec. 20, 1989, the announcement being made by President George H.W. Bush. He justified the invasion by claiming that the goals of the United States were to safeguard the lives of Americans, to defend democracy in Panama, to combat drug trafficking and to protect the integrity of the Panama Canal Treaty signed by Jimmy Carter and Martin Torrijos. Soon after, the president directed the U.S. Armed Forces to bring Gen. Manuel Noriega, an indicted drug trafficker, to justice in the United States.

At the trial, according to some sources, Noriega reportedly said, “George, we had another deal.” From 1950 until shortly before the U.S. invasion, Noriega worked closely with the CIA, serving as one of its most valued intelligence sources, as well as one of the primary conduits for illicit weapons, military equipment and cash destined for U.S.-backed counterinsurgency forces throughout Latin America. When Noriega said, “George, we had another deal,” he was referring to the time when Bush was CIA director and was preparing to bring Noriega and his military junta to power. In 1983, he succeeded in staging the military coup, with the support of the United States. When Noriega became undesirable, he was forcibly removed from power. Noriega died last year. He was just a tool in a war of military occupation, one that did not involve too much military expense for the Pentagon.

Noriega was a CIA agent, but ended up as an economic killer. They used him and that’s all. The same strategy was used in Romania after the Romania-U.S. Strategic Partnership was signed. But, here, instead of a military junta, they used the intelligence services’ channels to control the state and the power. Don’t ever think that the U.S. intelligence agencies are shedding any tears for lost combatants. It will always find and prepare others.

Now that Europe is increasingly divided due to the ambitions of Angela Merkel and Emmanuel Macron, who want to create a superpower in which states have different ranks, the only viable and long-term solution is the creation of an American hub in Romania.

The way the junta led by Laura Codruta Kövesi and Augustin Lazăr acts is full of mercy. They realize that, in the context of the new relations between the new Washington and Bucharest administrations, they are nothing more than history. After 28 years of Romanian dictatorship, the U.S. realizes that colonial actions can no longer be taken in the place where the U.S. wants to move its most professional military base. I refer here to Incirlik, the terror of terrorists. It needs a strong, functional and legitimate state.

The time of the junta has passed. And it would not make sense to support para-state entities in Albania. It is crystal clear that instead of military occupation, someone thought that it would be cheaper and more impactful to generate a domestic battle on a selected issue, anti-corruption, which has been tested for years in Italy and Latin America, where the entire political class was controlled by a network that provided the U.S. with the keys to the system.

Now that the largest U.S. weapon manufacturers want to expand their business to our country, while the Exxon Mobil oil giant wants to exploit Black Sea gas, the controlling agents that are there today and might disappear tomorrow don’t work anymore.

The U.S. administration needs a representative partner, with democratic power and functional rule of law, and without any interference from the secret service agencies.

No one in Washington wishes to impose the old status quo with the exception of perhaps only a few people nostalgic for the past, when Microsoft and other companies were exempt from criminal responsibility.

It’s time to recalibrate. It is time for Bucharest to impose a roadmap for the Romanian-American relationship in which Romania would get to win, too – win-win being an American principle.

To shape the new joint project, the ruling coalition from Bucharest must quickly rid the executive, legislative and judicial systems of the toxic influence of the intelligence services. All they have to do is amend a set of security laws. As for the officers covered by the media, the course of action is simple. One should take German law, translate and adapt it to Romanian law, and in that way get rid of the agents creating public tension! The intelligence services must return to the barracks, not to controlling the state.

The fact that Lazăr – one of the founders of the carcinogenic relationship which imposed service control over the magistracy – is leaving is causing no harm. None of the victims of the secret protocols have yet to seek justice. Yesterday, the Mediafax group filed a criminal complaint in this respect to hold those abused by Justice accountable. The die is cast. The show must go on!

It is time to clean up the administration. It is time to end the tensions according to law. We have reached a point where public officials are physically assaulted in the name of the defense of justice. By whom? By someone installing RCS & RDS cables in Romanian homes.* As the American saying goes, “Make business, not war.” And I’m still waiting for those protests with banners and placards against security agencies to convince myself that these protests are free and not generated or controlled by anyone.

*Editor’s note: RCS & RDS is one of the biggest telecommunication operators in Central and Eastern Europe, and the largest cable and satellite television company in Romania.