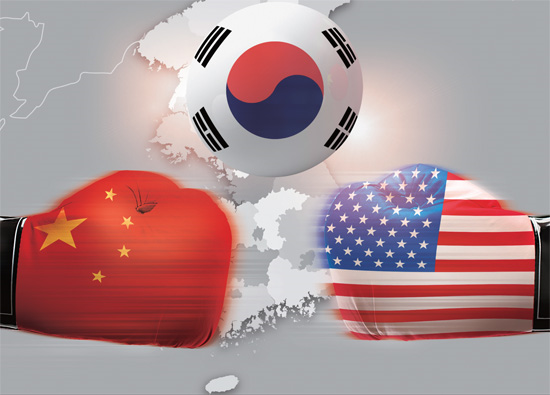 A crisis does not come when you are prepared. Crises strike when you are unguarded and neglect to be on alert. Warnings sound from outside when an entire country is suffering from the side effects of income-driven growth, a surge in real estate prices and chaos from recession. As the U.S. and China trade war intensifies and the value of developing nations’ currencies crashes, the global economy is beset with dark clouds.

President Donald Trump said on Sept. 7 that he was set to announce another $200 billion in tariffs on Chinese imports. In response, China is maintaining that it will impose a retaliatory tariff immediately after the U.S. announcement. If the U.S.-China trade war spreads, the global economy may suffer. This is because it negatively affects both countries as well as the global supply chain and trade flows. The damage to South Korea, an export-led open country, could be particularly big.

The Hyundai Economic Research Institute estimates that if U.S. imports from China decline by 10 percent, South Korea’s exports to China will amount to $28.3 billion. This is about 20 percent of last year’s exports to China.

The unease in the financial market that started in emerging countries seems to be spreading. Currency values ​in Argentina and Turkey have plummeted by 20 percent to 30 percent against the U.S. dollar during the past month. South African and Indonesian currencies also fell to their lowest levels. As the Federal Reserve is clearly raising its benchmark interest rate and the U.S.-China trade war is intensifying, anxiety is spreading in South Korea. Yesterday, the value of the won against the dollar was the lowest in 14 trading days. We should not make the error of being too focused on domestic confusion and crisis that we do not prepare for the dark clouds coming from outside. Authorities should thoroughly monitor global market conditions and assume the worst-case scenarios as part of a government-wide effort to be on full alert.