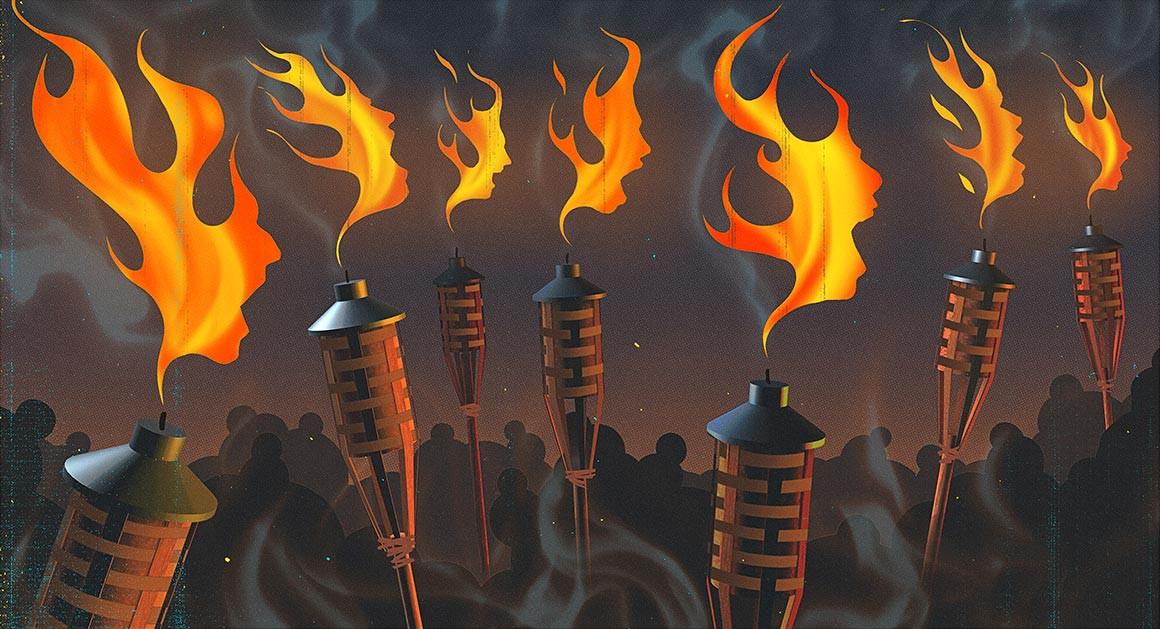 In recent years, populism has been all the rage in the U.S. and Europe, and has become a unique phenomenon in Western politics and society. From the U.S. “Occupy Wall Street” movement to the rise of the tea party, from the British Brexit referendum to the election of Donald Trump in the U.S., the soul of populism has been moving back and forth between the coasts on both sides of the Atlantic. Most attention-grabbing of all, would probably be the surprising events in the United States.

Many people believe that Trump’s election and the current wave of populism in the U.S. is a black swan event, but in reality, it is not.* By examining trends and realities in U.S. politics, its economy and social developments, it can be seen that populism has always been an approaching gray rhino ignored by the mainstream elite.* The consolidation of the U.S. populist ideological trend reflects the feelings of disappointment, disenfranchisement and insecurity of blue-collar, lower middle class whites. More importantly, it reflects the growing imbalance and unfairness in the distribution of wealth within the U.S. For decades, the phenomenon of the “rich get richer and the poor get poorer” in the U.S. has worsened. In 1981, the average annual income of the top 1 percent of adults was 27 times that of the adult income of the bottom 50 percent. Today, that figure is now as high as 81 percent, and the population of those living in extreme poverty is nearly double that 20 years ago. In the 2008 financial crisis, ordinary people had to pay taxes in order to bail out the disaster caused by the Wall Street elite.

Currently, the political forces that have appeared in the American populist wave are showing their power. They have released a series of extremely controversial so-called new policies, flaunting “America First,” drafting a “Muslim ban” and implementing political conservatism and economic nationalism. They have withdrawn from many international associations, broken treaties and sparked trade wars everywhere, bringing great instability and uncertainty to the world. They cause the outside world much concern, but their national support ratings are comparatively stable.

However, history has proven time and again that populism is a two-edged sword, capable of both harming others and oneself. It must not be forgotten that although public morale can be manipulated, it is like flowing water that can both float a boat or sink it. Should one who comes to power based on popular opinion act and behave in a manner that breaks away from the true needs of the population, he shall in the end be consumed by that same popular opinion and buried by history.

There is no lack of such examples throughout history. During the French Revolution, after the Jacobins led by Robespierre came to power, they unleashed a reign of terror and were soon abandoned by all, with Robespierre himself being sent to the guillotine. Under the banner of the people, the Nazis in Germany implemented dictatorial rule, brazenly starting World War II and meeting with shameful defeat, bringing unprecedented disaster to Germany and the whole world. In recent U.S. history, be it the anti-modernization movement of the People’s Party during the latter part of the 19th century, or the racially-toned populist movements of the 1960s, all came and went in haste, lasting only for a fleeting moment.

Populists will say that popular opinion is the essence, but what is true popular opinion in this day and age? From the perspective of the international situation, it is the voice of peace, development, cooperation, win-win situations. From the aspect of contemporary trends, it is to comply with the will of the people in order to lead a good life and to respect the right of the people of every nation to pursue such a good life. A nation, a people that wants to reverse the decline of its national fortune and to truly prosper must advance within the progressive logic of history, develop according to the developmental trend of the period, proceed from the basic and long-term interests of the people and lead responsibly or it will be battered and bruised. The fire from the stalk of populism may be smoldering hot for now, but it will turn to ashes in the end.

The author is an observer of international issues.

*Editor’s note: The black swan theory or theory of black swan events is a metaphor that describes an event that comes as a surprise, has a major effect and may be rationalized after the fact with the benefit of hindsight. Gray rhinos is a term used to describe obvious dangers that are often ignored.