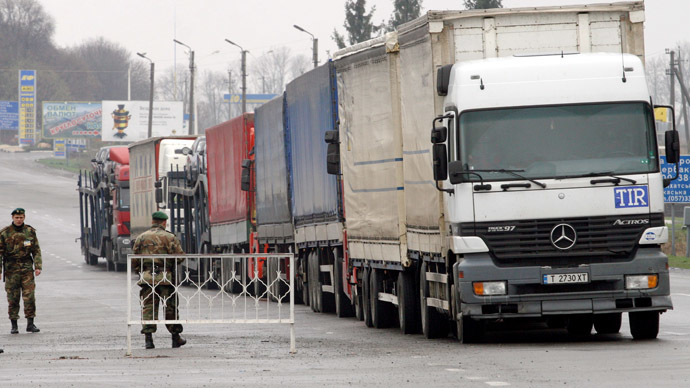 How U.S. political protectionism could help develop a Euro-Asian partnership.

The executive director of the International Monetary Fund, Christine Lagarde, stated that trade wars and tightening credit conditions overshadow prospects for the global economy. In the words of the IMF’s head, protectionist rhetoric turns into “real trade barriers,” spreading uncertainty among businesses and consumers. Last week, the World Trade Organization lowered its forecast for the rate of world trade growth to 3.7 percent in 2019, from 3.9 percent in 2018. Previously, the organization expected an increase of this indicator to 4.4 percent for this year, and 4 percent for next year. According to the forecast of the Ministry of Economic Development of the Russian Federation, the increase in the global economy by 2024 will slow to 3.2 percent. Global economists say the strengthening of global protectionism is one of the reasons.

The negative impact of trade wars on the world economy could manifest very soon, but in the long run they will have a positive effect on Europe and Russia. In the future, the Eurasian continent will be able to regain leadership in global economic and politics.

Tariff wars directly affect the volume of international trade. For example, during the period between the two world wars in the 20th century, protectionism led to an almost three-fold drop in trade between Europe and the U.S. However, in those days, the Soviet Union helped everyone, and actively procured materials and industrial equipment for the construction of a socialist economy. It’s easy to guess that today there is no such magic wand in the world.

The mutual exchange of tariffs will lead to an increase in imbalances and an increase in the rate of inflation in certain regions. China isn’t only an exporter of its own goods, but also a factory for the production of components for American companies. Losses in connection with the Washington administration’s policies have been reported in almost all industrial associations in the U.S. Largely because of this, duties on $200 billion of Chinese goods were raised by 10 percent and not by 25 percent as was initially planned.

Notably, the U.S. itself may suffer from its own actions. The European central bank even suggested that trade wars would already bring the American economy to a decline in 2019. Almost everyone will see losses, from beer producers to automakers. Significant losses are expected in the tech sector, which are particularly tied to assembly and component manufacturing in Asia. For decades, American companies have carried out their businesses outside of the U.S. to save on labor and taxes. Accordingly, the increase in import duties was an unpleasant surprise to them. Washington hopes that this will force corporations to return production back to the U.S, but this process will be long and its consequences are not so obvious.

The cost of labor and other corporate expenses in the world differ significantly, which determines the geographical distribution of labor. Therefore, low value-added products from Asia can easily compete with production in Europe and North America, where high value-added products dominate. In addition, it is easy to raise tariffs, but it is much more difficult to achieve their cancellation. China has already refused to negotiate after a mutual exchange of duties in September, and there has been information that Beijing is willing to wait for the next presidential election to start from scratch, and not to fight the stubbornness of the Donald Trump team. Accordingly, production can go back to America, but it will be much more difficult to come to the abandoned markets with their expensive goods.

Meanwhile, China has already announced that from Nov. 1, it will reduce import duties on nearly 1,600 different goods. The total tariff burden on trading partners, except the U.S., will decrease from the current 9.8 percent to 7.5 percent. Therefore, world trade will have a chance to overcome this period of protectionism in the U.S. without suffering significant losses. For Russia, this creates new opportunities in the field of exporting raw materials and agricultural goods, as well as industrial products. Accordingly, stronger growth can be counted on in mutual trade between China, Europe and Russia, which compensates for the outgoing volume to America. In this regard, various transportation and logistics infrastructure, including the North Sea and the Asia-Europe rail link through Russia, also become relevant.

For a long time, the American market was the largest and most desirable for global companies. However, the growth of wealth in Asia and Europe actually pushes the American consumer to the background. A little more than 300 million people live in the U.S., but in China, Europe and the Commonwealth of Independent States there are almost 2 billion people. Accordingly, as long as the U.S. fences itself in with trade barriers, Eurasia will increase mutual trade through softer conditions. Moreover, U.S. self-isolation in trade will gradually lead to a loss of competitive advantages for American companies. In the end, this will have a negative impact on the U.S. dollar, which will lose its place in global financial calculations.

Therefore, the negative effects of trade wars will manifest themselves in the coming quarters, but in the longer term this will benefit Eurasia, and therefore Russia. Common borders, less extensive transportation routes, and gradual financial integration of the continent will significantly increase the competitiveness of Eurasia, returning it to its primacy in both world politics and the global economy.

Editor’s note: The author is a financial analyst with Otkritie Broker, a private financial group.

About Kyle Wade 40 Articles
I am a graduate of Kent State University with a Bachelor's Degree in Russian Translation and Criminal Justice.