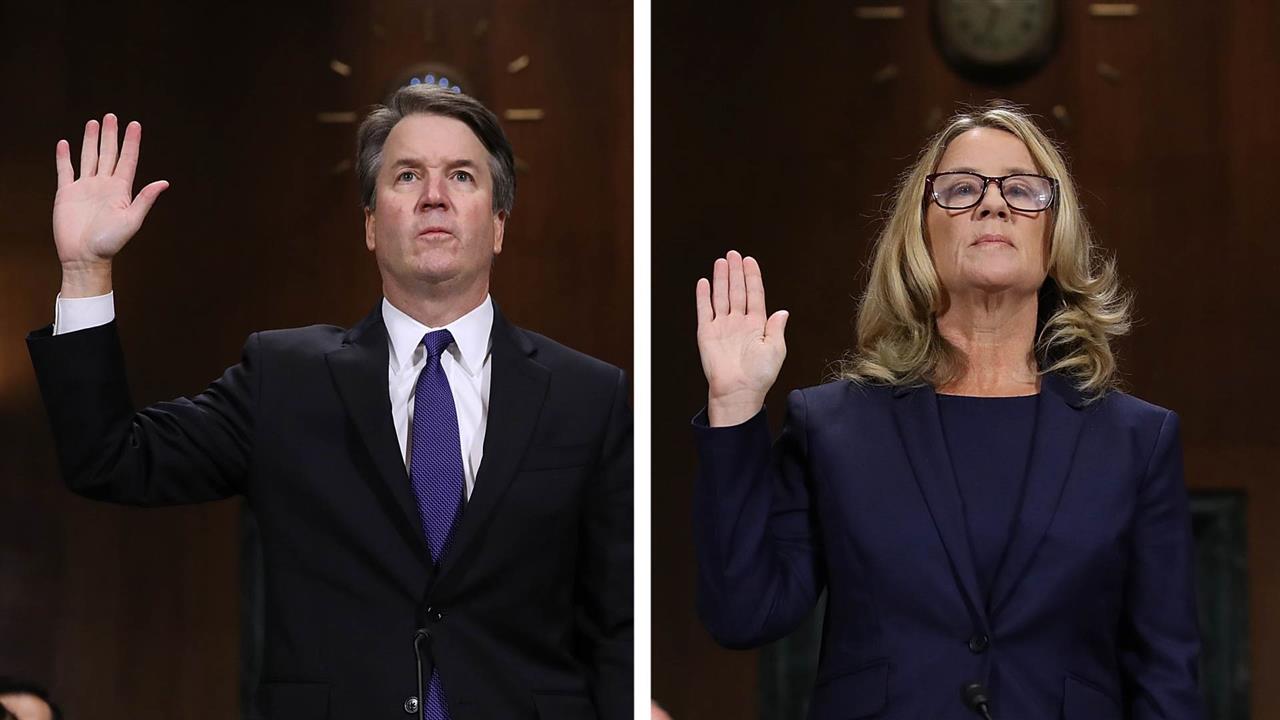 The appointment of Judge Brett Kavanaugh to the Supreme Court of the United States requires Senate confirmation.* Things got complicated when a woman, Christine Blasey Ford, said for the first time publicly that Kavanaugh attempted to rape her 36 years ago. The importance of the accusation is undeniable. Before voting on the nomination, the Senate Judiciary Committee convened a hearing, where Blasey Ford and Kavanaugh could testify before Kavanaugh, who would hold the position for life, was confirmed. If he is confirmed, the president would have a rock-solid majority on the court for the rest of his term in office, even if he is re-elected. A majority would upset a fundamental balance, giving the president total power: he would have a majority in Congress, where the Republicans hold the majority in both houses, and he would have a majority on the Supreme Court. This would leave the so-called checks and balances process in the hands of a single person, although those imbalances could change in the midterm elections for the House and part of the Senate in November.

On Thursday, Sept. 27, Kavanaugh and Ford appeared face to face.** The decision to share her story was a difficult one for Ford; she had never spoken publicly about the attempted rape by Kavanaugh, nor had she come face to face with him. Ford’s testimony was solid. Her answers were direct and without contradiction. Her face showed how painful and difficult her appearance before the committee was, involving opening up for the first time in her life the very dark page that had left her stigmatized. She had the consistency that strengthens credibility. She gave a detailed account of the attack and responded at length. She did not contradict herself. Outside the hearing room, there were three other women who claimed to be rape survivors.

Kavanaugh’s biggest problem was his lack of credibility, as shown in his haggard, indecisive or confrontational facial expressions. “You may defeat me in the final vote but you’ll never get me to quit. Never,” he said, thus making evident his apprehension about getting a favorable vote on his nomination to the Supreme Court. He got angry, raised his voice and was appeared to lose self-control. His answers at times were indecisive or aggressive, intolerant and regretful. The two parties were divided, and the Republicans’ fragile 51-49 majority in the Senate left them vulnerable. The committee finally approved Arizona Republican Sen. Jeff Flake’s proposal, which favored the Democrats: they would not take a vote until one week later, after the FBI presented the results of an investigation into the accusations against Kavanaugh. This was approved by Trump.

The topic is relevant for Mexico as well, because the Supreme Court makes critical decisions on immigration issues and other legal disputes. It has the last word, it is the last resort, it sets precedents that have the force of law, it clarifies disputes, it interprets, and practically and legally, there is no appeal of its decisions. This is why when internal political and legal pluralism is wiped out, diversity suffers and imbalances prevail. The worst thing is that absolute power leads to autocracy and the undermining of democracy, contrary to open societies and multilateralism.

In a globalized world, a single voice on the Supreme Court would have an impact on U.S. foreign policy and international relations in succeeding decades. As a matter of fact, the appointment of the missing justice on the Supreme Court will become increasingly important. The highest judicial body could also make decisions that are negative for Mexico, as in the case of the future of the “Dreamers,” immigrants who would benefit from the Development, Relief and Education for Alien Minors legislation if it were passed, and who are being kept in painful uncertainty in which decisions in their favor by local judges will have increasingly less weight. Under the present circumstances, the past record of whoever occupies the seat is considered particularly relevant.

*Editor’s note: This commentary was written prior to the Senate vote confirming Brett Kavanaugh to the U.S. Supreme Court on Oct. 6, 2018, but the editors feel the opinions expressed in the article remain relevant.

**Editor’s note: Ford and Kavanaugh testified separately and never encountered each other during the hearing.

About Tom Walker 181 Articles
Before I started working as a translator, I had had a long career as a geologist and hydrologist, during the course of which I had the opportunity to work on projects in Mexico, Chile, and Peru. To facilitate my career transition, I completed the Certificate in Spanish-English Translation from the University of California at San Diego. Most of my translation work is in the areas of civil engineering & geology, and medicine & medical insurance. However, I also try to be aware of what’s going on in the world around me, so my translations of current affairs pieces for WA fit right in. I also play piano in a 17-piece jazz big band.