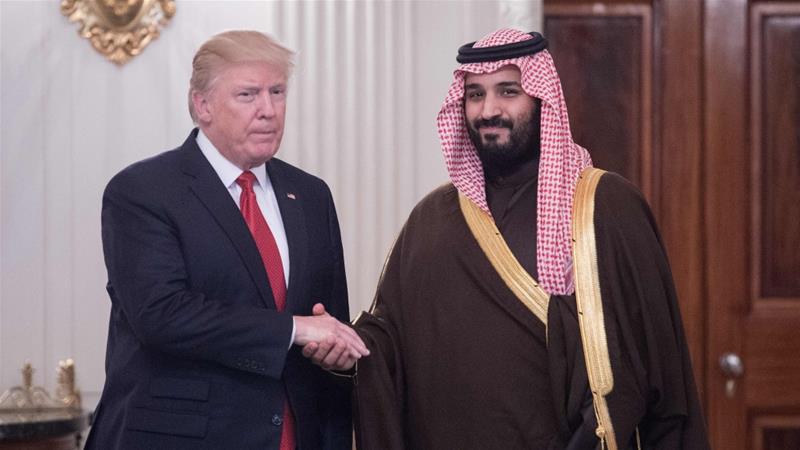 Prince Muhammad bin Salman’s conversation with Bloomberg News was comprehensive and marked by transparency. He answered many questions that have been swirling around in people’s minds. Moreover, Prince Salman put an end to all the speculation and conjecture circulating in Western media about the political, economic, social affairs and future conditions in the kingdom. In this article, however, I will focus on the response of His Royal Highness Prince Salman to President Donald Trump’s statements about Saudi Arabia needing and paying for ongoing American “protection.” The prince’s response was candid, diplomatic and refined; he confirmed to everyone the power of the kingdom and clarified the rules governing U.S. partners. This undoubtedly demonstrated Prince Salman’s wisdom and clarity of vision, which is discussed below.

The first matter is the history of the kingdom. Saudi Arabia goes back over 300 years to the 18th century. The first Saudi state was established in 1745, predating the United States by more than three decades, and lasted until its collapse in 1818 at the hands of the Ottoman army led by Ibrahim Pasha. The second Saudi state was founded in 1818 and lasted until its collapse in 1891. The third Saudi state was founded in 1932 by the deceased King Abdulaziz and has continued under the wisdom of its leaders to our present day. Three states, one family, one approach. Those who believe that the relationship between Riyadh and Washington is a relationship of oil in exchange for security or protection do not understand the long history of Saudi Arabia, the emergence of Saudi society, and the establishment of three states capable of persisting for several centuries in spite of the global transformations.

The second matter is the question of armament, which is often used and promoted as a kind of blackmail or as a Saudi attempt to buy protection and loyalty from the United States. Yes, relations with America are strategic, and the United States is considered the primary source for many of the Saudi military’s needs, particularly its F-15 jets and command and control systems. However Saudi Arabia is considered among the five countries most committed to security and defense worldwide. Saudi Arabia’s policy for buying weapons is very diverse; the kingdom buys from the United States, Europe, Russia, China and others in the process of equipping the Saudi army with the most advanced technology and equipment, particularly in a region that is witnessing bloody disputes, conflicts and tensions. A clarifying example of this is that Saudi Arabia is in the process of strengthening its missile defense against the backdrop of regional threats by acquiring the most advanced defense systems in the world through its purchase of the American THAAD defense system* and the Russian S-400 air defense system.**

Finally, I want to say that despite all the facts about Saudi Arabia, the name “Saudi Arabia” will continue to be raised from time to time on certain issues for electoral reasons, publicity, media consumption or even political purges. That is because of Saudi Arabia’s great international importance and leadership within the Muslim and Arab world, as well as its status as the most powerful oil state in the world. This is evidence that Saudi Arabia is a global icon. After leaders come to power, however, all of the populist rhetoric changes, and the real interests that govern the relationship become clear. What drives international relations is shared interests between nations. We saw how Trump’s first visit to the kingdom proves the strategic importance of Saudi Arabia.

*Translator’s note: THAAD refers to Terminal High Altitude Area Defense, a transportable system that intercepts ballistic missiles inside or outside the atmosphere during their final or terminal phase of flight.