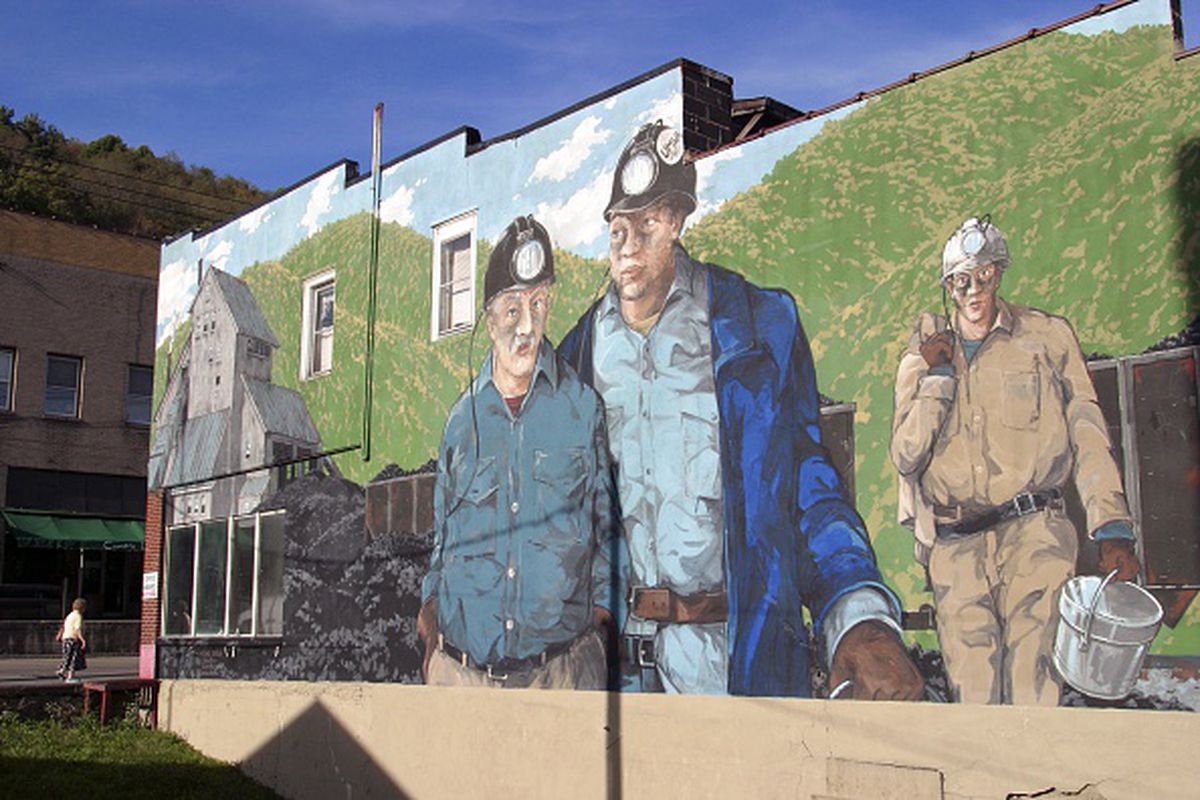 In West Virginia, support for Trump continues unabated. Anyone who wants to be politically successful here must be conservative — and for coal. Even a Democrat.

If the U.S. midterm elections were a referendum on Donald Trump, in West Virginia’s 3rd Congressional district, the president would likely have won anyway. In 2016, 73 percent voted for Trump here. The victory for Republicans in the South did not turn out quite so clearly. Carol Miller, for example, goes to the House of Representatives with 56 percent of the vote.

But even if their opponents had prevailed, Trump probably could not seriously complain about it, for Richard Ojeda also voted for Trump — even though he is a Democrat.

Anyone who wants to be politically successful in West Virginia should not be too distanced from Trump. Above all on the topic of coal. Ojeda scored more than 43 percent in the midterms. In his election campaign, he promoted the preservation of mines as part of the state’s identity. Otherwise, some say, Ojeda likely would have had no chance in the Trump stronghold.

“A Democrat for coal is like a homosexual who votes for Trump,”* says Robert Amos. Republicans like him like to poke fun at Democrats competing with rather conservative candidates in their district. Especially if they still win.

It’s Tuesday night — election night. Amos has just arrived at a Republican party. Before the vote, he coordinated volunteers who campaigned for his party in the 3rd District, knocking on countless doors.

Amos opens a beer. On the TV screens, the results trickle in. The mood among the Republicans is one of exuberance. Support for Trump continues unabated in West Virginia, Amos says. The reason is that the president allowed many people’s dream — the dream of a future with coal — to come true here.

West Virginia is still the second largest coal producer in the U.S. For decades, the industry has been the heartbeat of one of the country’s poorest states. But with the transition in forms of energy, coal is losing its importance. The result: lost jobs. For many people, this is catastrophic.

Trump, however, has promised to bring jobs back to the coal industry. And in West Virginia, it looks to people like he has kept this promise. Since Trump’s election, the number of jobs in the industry has risen again slightly. Overall, the demand for coal in the country is declining, and production has barely grown. But the president is counting on exports. And his voters have not given up hope.

“If coal is no longer wanted in the U.S., there’s still a huge market in the third world for us,” says an enthusiastic Trump supporter at the Republican celebration. “The jobs are coming back.”*

This woman has nothing personally to do with the coal industry, but she wants her state’s economy up and running again. She wants Trump to lift the environmental regulations that cost the region two power plants.

There was a time when many workers voted Democrat. In West Virginia, that party was once the strongest. That changed in 2000, when miners had to choose between the environmentally conscious Democrat Al Gore and George W. Bush. In a state dependent on jobs in the coal industry, a fighter for climate protection no longer had a chance.

Barack Obama’s climate change regulations further increased the gap with Republicans. Also, because of these tightened laws, large coal factories were forced to close, and thousands of workers lost their jobs.

As Carol Miller celebrates her victory this evening, she has a simple message — as simple as her campaign was — “It’s faith. It’s family. It’s America.”

Like Trump, she pretends to be a fighter for ordinary people. Coal, guns, God — you can win with these issues in West Virginia. It does not matter if you’re a Republican. Joe Manchin, a Democrat, can defend a seat in the Senate for West Virginia. Like Richard Ojeda, he remains with the Trump platform on the topic of coal.

“To be a Democrat in Washington is not the same as being a Democrat in West Virginia,”* Ron Stollings, a Democratic member of the state Senate for years, explains. It is the day after the election. In front of Stolling’s house in the so-called Coal Valley are signs with his name. He collected them by hand. “You have to be for coal and God. And your social agenda will fall by the wayside.”* That’s how he and Manchin won. If Democrats want to win in these conservative strongholds, they must adapt.

Diversity Is the Future

But Stollings envisions a different future for West Virginia. He likes driving his car to the flat areas, which were created by the demolition of mountain peaks in coal mining. Here solar farms could be built as alternatives to coal. Diversification, he says, and retraining for the miners — that’s the future. “No one here seriously believes the coal plants are coming back.” People will just have to learn this gradually.

The woman that observes the history of coal sees things differently. In a small museum not far from Stolling’s house, the memories of a better time are lovingly kept in showcases: tools, work clothes — in the back they have even recreated a mine entrance.

Peggy sits here six days a week behind a locked door that sometimes a lost tourist knocks on. The museum employee quickly loses herself in thoughts of better times. She too hopes for Trump. “We will get the coal back,” she says. “We have a businessman as the head of our country!”*