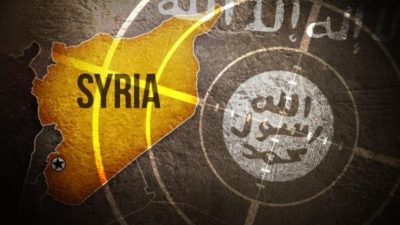 Trump has personally decided to withdraw troops from Syria without assessing the consequences, disregarding allies and his own administration.

If we look back on the first policy statements made by U.S. presidents, there is a common denominator: the will to retreat into “domestic” matters, as they are called in the Anglo-Saxon world. Faced with external open fronts that end up distressing and exhausting the public, new occupants of the White House have found an effective election weapon in the promise of terminating foreign ventures that cost money and, depending on the case, human lives.

The reality is far different. The U.S. has been and remains the leading world power. It has allies to assist, commitments to keep and interests to defend. And the wish to withdraw from the international stage ultimately ends up nowhere.

Donald Trump was not deceitful. He has always proclaimed “America First” in the broadest sense of the phrase. He fulfilled his America First policy with regard to economic, immigration and environmental matters. Now, by announcing the withdrawal of the U.S. from Syria and possibly from Afghanistan, the retreat gets to the heart of what has been the U.S. presence in the world in terms of its foreign policy.

Not that military presence in either of these countries has been exemplary. Quite the opposite. For instance, after 17 years, the invasion of Afghanistan ordered by George W. Bush after the 9/11 attacks has failed to put an end to Taliban activity, with ongoing violence both in rural areas and in the allegedly safe capital. One of the latest examples is the suicide bombing in Kabul a few weeks ago that killed more than 50 people. Regarding Syria, President Barack Obama imposed a red line concerning the use of chemical weapons that was not to be crossed by President Bashar Assad, yet the Damascus tyrant did, and Obama had to eat his words. These are only two examples, but there are a wide range of them throughout recent history.

The first victims of this disregard will undoubtedly be the Kurds in Syria. Contrary to Trump’s claims, the Islamic State is not defeated, and there are those willing to fill the void left by the United States. Iran is one such candidate. The other is Russia. Vladimir Putin said, “Donald is right. I agree with him.” Of course.