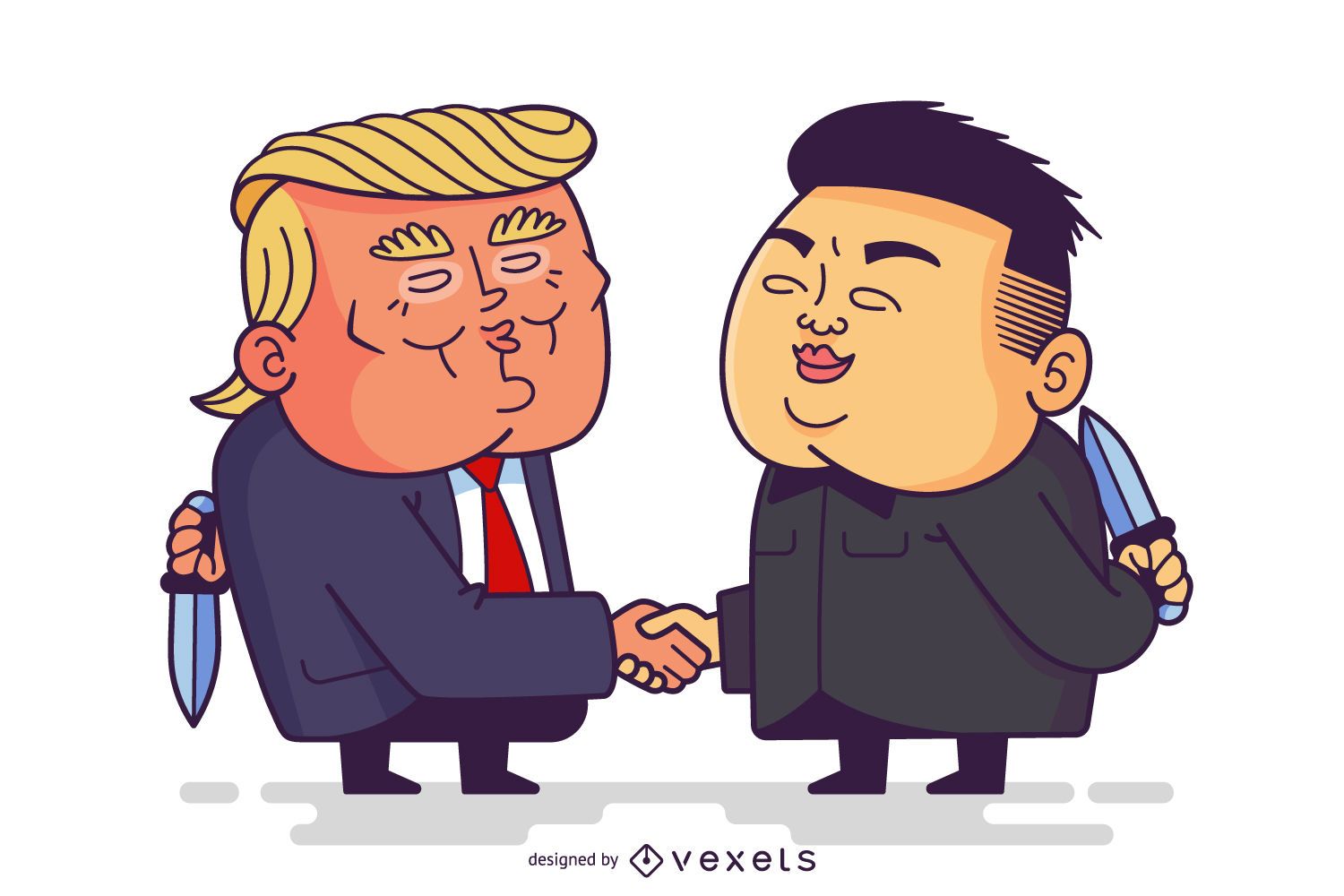 Failing to make history and conclude a substantial agreement regarding North Korea’s denuclearization, the American president and the North Korean leader will nonetheless monopolize media attention.

Perhaps we should take comfort in the fact that as long as they are talking and making a spectacle, they are not threatening to destroy each other. But there is still no agreement in sight … beginning with the fact that at the moment, there is no joint declaration regarding Pyongyang’s nuclear inventory. Consequently, barring a sizable surprise, we expect a repetition of the first summit in Singapore: a joint statement coupled with photo ops and a press conference, where the leaders will brag about having set aside all threats of war, passing the task of completing a hypothetical accord off on their aides.

On the one hand, the North Korean leader is driven by a desire to reduce the pressure on, and to eliminate sanctions against, his regime. On the other hand, the president of the United States is looking at all costs to give (at the least) the impression of winning. He could even go so far as to declare victory after having made concessions to North Korea. In short, this summit will go back and forth between reality and an alternative world as it unfolds. Its novelty lies elsewhere, in the choice of Vietnam.

The announcement of a new summit between Donald Trump and the North Korean leader in Vietnam brings a country that has been overshadowed since the end of the war in the 1970s back into the forefront of international relations. The choice is symbolic and far from insignificant.

Geography offers one explanation. Baptized Chammae-1, from the name of the Northern goshawk (the bird of prey that is North Korea’s national bird), the Ilyushin IL-62 that Kim Jong Un uses for his rare trips abroad is derisively called “Air Force One.” The specifications of this aging aircraft could explain the choice of Vietnam, which is closer to North Korea than Singapore — where the June 2018 summit was held, and whose location is at the limit of the plane’s range. While South Korea, China, and Japan are closer, only Vietnam has the advantage of being both accessible and politically acceptable.

Vietnam, of course, is a communist country, and in this respect, it is far from an ally of Washington. The effects of the war between the United States and Vietnam have not yet dissipated, but the two countries have recently normalized their relations, and both Trump and Barack Obama have visited Vietnam. As far as Hanoi is concerned, without being Pyongyang’s official ally, it is far from a fierce opponent and has only been slightly critical. By agreeing to hold the summit in a communist country with which the U.S. has smoothed out its differences, the two protagonists are looking to show that they are open to dialogue.

Another factor is linked to Chinese power. A traditional and almost unconditional ally of North Korea, China is present in the background of all negotiations between Pyongyang and Washington. Relations between Beijing and Hanoi are particularly tense. The two countries are fierce opponents in the fight for control of the South China Sea. Vietnam might not be China’s only opponent staking claims in the region, but it is the only one standing up to its powerful neighbor. Thus, while Duterte’s Philippines have opted for compromise, despite a judgment in its favor by the Permanent Court of Arbitration in The Hague in 2017, Vietnam is looking increasingly more distinct from the other opponents. This difference has become more pronounced as Beijing’s influence in the Association of Southeast Asian Nations has grown. In this context, holding the summit on Vietnamese territory can be interpreted as a diplomatic boost.

But perhaps more than any intention of helping Vietnam, what ultimately explains the choice is that America is positioning itself in its trade war with China and is standing by its recent criticism of the country’s actions in the South China Sea. Moreover, beyond the trade war, the U.S. currently defines its policy toward Asia with respect to a “free and open Indo-Pacific.” Consequently, its diplomatic approach to North Korea can be seen as a result of this policy. Bringing the Socialist Republic of Vietnam back into the forefront may be interpreted in the same vein. It is meant to counter China’s influence in the region, even if minimally so.

The Feb. 27-28 summit thus has geopolitical implications that go beyond nuclear questions and North Korea’s fate. Seen from this perspective, it holds in store just as many favorable opportunities as it does risks of going wrong, since China is the fundamental actor in this affair, much more so than the United States or South Korea. And in the end, it could be that the true winner of this summit is Vietnam, with its return to the international arena.