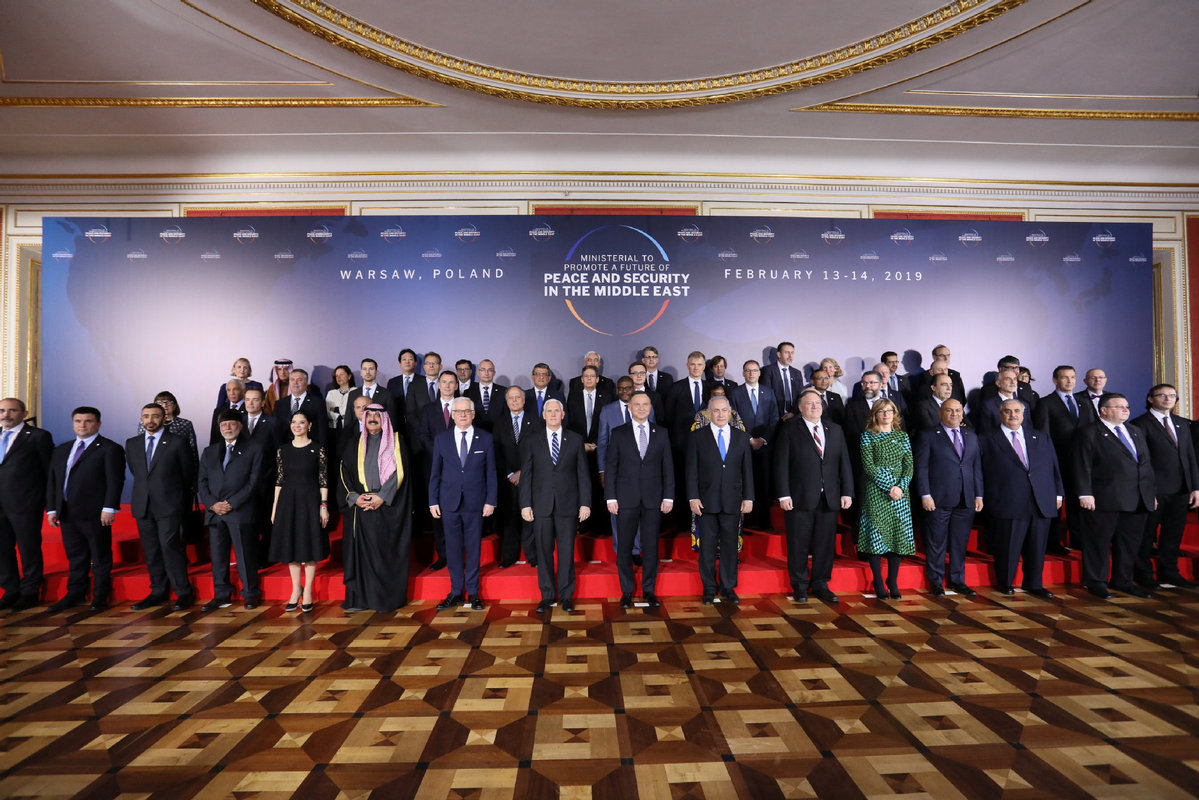 Many of us followed the two-day conference organized by the United States and held in Warsaw, Poland, with great anticipation. The conference adopted “enhancing peace and stability in the Middle East” as its overarching goal. But its priorities and results did not come anywhere close to achieving this goal. It seems that the region will not be any better off after this conference than it was before.

During the event, speculators said that the conference would fundamentally focus on increasing the isolation of Iran. This goal isn’t popular with important European countries that are interested in not complying with the U.S. sanctions on Tehran. The important Asian nations that have vital relations with Iran likewise do not appreciate this objective. Subsequently, there was an expectation that this would be the occasion to announce the so-called deal of the century that the Donald Trump administration has been talking about for a long time. Thus, the Palestinian leadership, which has low expectations about the substance of this deal, did not attend.

But the conference did not deal with the Palestinian issue at all. There was no announcement about any deal of the century, nor was there any focus on ending the occupation. Instead, the conference insisted that Iran is the sole threat to regional security. Perhaps this is not the opinion of the people of the region, those same people that the conference claimed it wanted to serve and bring security and stability to. Many observers see the conference as something that was held simply due to the personal interest of Benjamin Netanyahu and his entity, because it failed to condemn the occupation and failed to address the fundamental and impossible-to-hide contradiction of the Zionist entity being thrust into a coalition with the Arabs of the region in the context of some Iranian threat.

From beginning to end, the conference affirmed the continued failure of the United States to lead the global international system toward peace and security. This failure is demonstrated by the United States’ ignorance of every point of view or opinion that suggests a different approach toward problems in the Middle East. Beyond that, all the signatories of the Iran nuclear deal except the United States see that attempting to engage Iran internationally would be a better path than hostility or containment of its nuclear program, and might reduce its aggression.

On the other hand, everyone else locally in the region and internationally knows that for many decades, the problem of Zionist occupation has been an immeasurable source of tension and the foremost cause of instability in the Middle East. The occupation has essential links to extremism and violence, a fact that Iran itself uses as part of its announcements promoting its plans in the region. It is impossible to sell the people in the region on any solution that does not prioritize diagnosing and treating the fundamental contradiction of the Zionist entity. Likewise, a solution must start by convincing the people about the morality of allying with this entity, or the actual process of doing so, for any reason against any other party.

On Wednesday, Feb. 13, Netanyahu, the prime minister of the entity, tweeted about the true goals of the conference and unintentionally declared war with Iran. He wrote, “What is important about this meeting, and it is not in secret … is that this is an open meeting with representatives of leading Arab countries, that are sitting down together with Israel in order to advance the common interest of war with Iran.” The tweet was deleted after an hour, then sent again after changing the word “war” to “combating.” But the “damage was done,” according to Alex Ward in his Vox.com article entitled “The US held a global summit to isolate Iran. America isolated itself instead.”

The most prominent feature of the failed U.S. efforts at the conference, aside from isolating itself even more, was the low-level attendance by most of the participating countries. This sort of attendance means that other countries and their influential forces have lost any remaining delusions about the seriousness of the United States in offering alternatives or good-faith proposals that would serve the goals of peace and justice, or at least the interests of anyone besides the United States.

We know that peace in our region will start with ending the historical oppression embodied by the Zionist occupation and achieving the justice that is absent specifically because of the United States. We know that good-faith leadership deserving of any respect means uniting all parties in the region for the interests of the people’s welfare. This is not done by continually pushing and pitting parties against one another in order to deepen fear, exploitation and extortion, or by ensuring the superiority of the Israeli occupation alone and above all others.

Thus, the Warsaw Conference didn’t have anything to do with encouraging peace or stability in the Middle East!