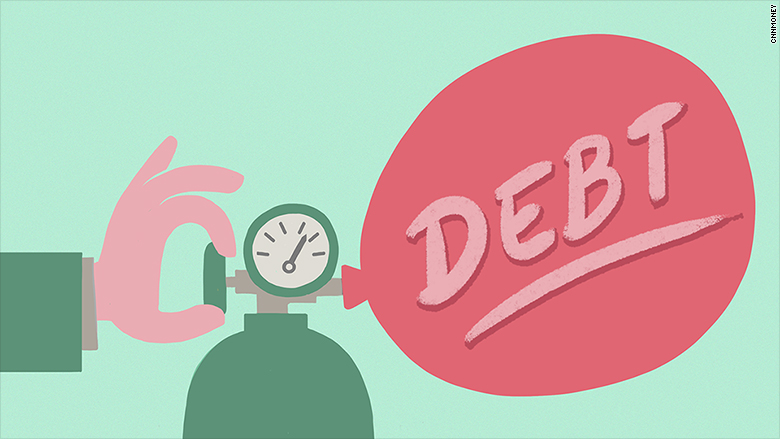 2019 may well be the year that corporate America decides to lance the boil of its excessive debt, which many now believe is a possible trigger for an imminent financial crisis. That conclusion seems a logical one, judging by a series of measures taken by large firms. Viewed together, they could signal that the time has come to slim down bloated company finances. Three companies have signed up for this Weight Watchers-style diet in the last three days, freeing up resources to pay for the cure. Kraft Heinz stood out by cutting its dividend, General Electric sold off its valuable biotech arm, and AT&T, with its $85 billion Time Warner merger, seemingly having overcome antitrust concerns in court, pledged to spend the rest of the year consolidating its debt.

The companies’ directors, along with the analysts and investors who follow the firms, are united in recognizing it is necessary to impose this belt-tightening. AT&T has an enormous debt load of $171 billion which, if not addressed, threatens its competitiveness in the increasingly dynamic media and telecommunications sector despite its merger with Time Warner. Kraft Heinz’s debt burden may look smaller — at around $31 billion — but is still a hefty sum, considering the profitability issues that have been exposed by multibillion-dollar devaluations and quarterly losses.

Slashing its dividend by 36 percent on top of a number of sell-offs should free up more than $1.1 billion in yearly cash flow which the food giant can use to get back in shape. Even more dramatic was the $21 billion divestment made by GE, the former “GDP company,” which is seeking to become more agile and reinvent itself. New Chief Executive Larry Culp called it a “pivotal milestone” toward its primary objective of repaying the debt.

If these examples mark the beginning of a trend, it is one that could be welcomed by investors spooked by rising uncertainty in the economy and the knock-on effect on companies’ performance. Those uncertainties were laid out once again this week by Federal Reserve Chairman Jerome Powell during his biannual congressional testimony on monetary policy. Stock market analysts fear that an earnings recession may actually be just around the corner and could strike in the next two quarters, making life even more complicated for companies.

Debt now clearly has a stranglehold on numerous companies which, during the long recovery from the crisis, gorged on bond issues in the climate of ultra-low interest rates and central bank quantitative easing. According to Bloomberg estimates, investment grade U.S. company debt in circulation has hit $5.2 billion, an increase of $300 billion over the last 10 years (the post-crisis period). In reality, however, this debt has been rapidly downgraded over the years as an appetite for risk has returned, potentially making firms more vulnerable. Today, almost half of blue chip corporate bonds — that is, those of the highest quality — are only just above junk levels, bonds that are high yield and high risk. In the 90s, a significantly lower total of 27 percent of corporate bonds were in the same category.

2019 could therefore be a turning point for companies which have suddenly turned more cautious and are seeking to lighten debts that have become more threatening. The alternative — that their debt could be viewed as increasingly dangerous by financial markets — could mean that corporate America’s stocks, and not only its bonds, will come up against the contagion of a growing skepticism.