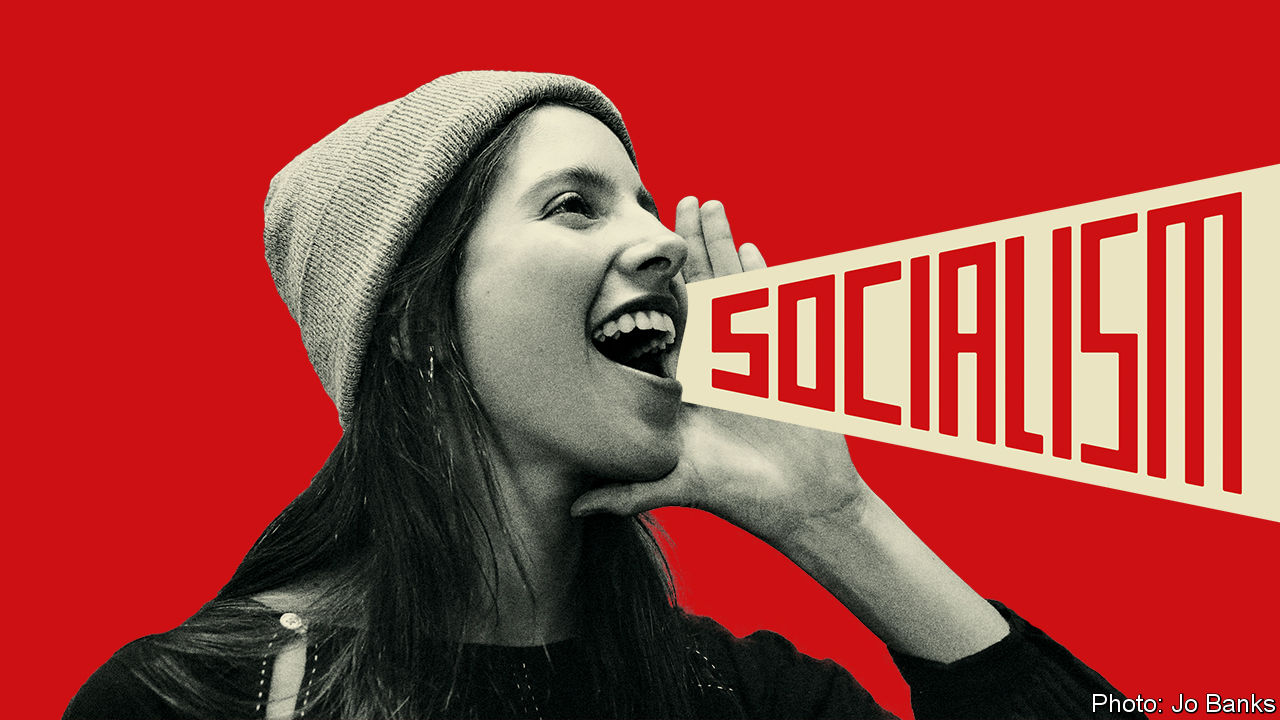 No one could have expected, nor would it ever have crossed the minds of those knowledgeable about the United States, that there would come a day when its capitalists − particularly the conservatives, new and old alike − would fear socialism and American socialists’ ability to enter the seats of power in a country so flooded by capitalists. Yet in recent days, President Donald Trump betrayed this fear by saying that the country would never become socialist.

During the annual Conservative Political Action Conference held near Washington, Trump announced that he would sign an executive order demanding that universities and colleges in the U.S. support free expression on campus, or else face the withholding of federal funding. He again refused to replace the “American Dream” with the “Socialist Nightmare.”

Why target American universities specifically? Is there anything that worries the American ruling elite more than the nation’s youth and their political orientation in the coming days?

Before answering this question, it is necessary to point out an open secret: that the American people’s trust in their parties and political groups is not very high. Now is a time of political uncertainty about the ability of the two large political parties to lead the country to safe harbor. Perhaps this is the principal factor that paved the way for Trump to reach the White House, especially given that he had never before sullied his hands with political work. Democracy today has become something that is hawked on the sidewalks by various lobbyists and pressure groups of every shape and name.

Within this context and ambiguous political scene, it looked like there has been “conceptual coup” among a high percentage of American youth. They have begun to veer toward what is known as socialism with democratic political leanings.

I am not here to talk about abhorrent historical communism which is by now outdated. Rather, I am talking about a socialism that seeks to establish a decentralized economic life and opposes all authoritarian political movements such as Stalinism. This socialism has fair democratic elections and is capable of moving away from the capitalism that has crushed and ruined man, and toward a more just democratic socialist system.

These ideas, more or less, were hunted down during the 1950s and 1960s. The experience of “American McCarthyism” lingers just out of sight, reminding Americans of the domestic conflict during those times. Now, let us return to the question at hand: Does history repeat itself?

Numbers are more trustworthy than news and analyses! What got the American conservatives so upset during their recent conference were the numbers from Gallup, a prominent American polling institute. A Gallup poll revealed that 51 percent of U.S. respondents between the ages of 18 to 29 held a favorable opinion of socialism. Are the conservatives’ fears serious this time? We are barely 20 months away from the U.S. presidential election and already it seems that socialist candidate Bernie Sanders will be one of the knights leading the charge.

Sanders describes himself as a “democratic socialist.” With the deterioration of the American social fabric in recent years, Sanders’ odds seem to be improving. He has adopted a campaign focused on reuniting the whole of America and healing the injuries caused by political decisions taken with an extreme capitalist approach. He is a champion of universal health care and raising the minimum wage to what is called a “living wage,” and he harbors a deep belief in the need to fight climate change. Sanders is focusing his campaign on transformational events in America. He plans to form a government based on the concepts of economic, social, racial and environmental justice.

Recently, American conservatives and capitalists have been upset by Sanders’ progress. He raised nearly $4 million in the first 12 hours after he announced his candidacy in the upcoming presidential election. Moreover, the video itself of Sanders announcing his candidacy reached more than 6 million viewers and generated nearly 330,000 contributors − triple the number of supporters he hoped to reach in his “unprecedented and historic grassroots campaign.”

Given the fact that the percentage of American youth mentioned above in the opinion polls also counts as a social base for Sanders, the coming presidential elections already are very interesting to watch and think about. This is especially true given the rise of young American politicians in the House of Representatives and the Senate who advocate an economic socialist approach, including raising taxes and reducing the assets of the wealthy. This is coupled with the emergence and rise of the American left, today represented in the House of Representatives by Alexandria Ocasio-Cortez and the team dedicated to her ideas.

I wonder if the fear of another devastating domestic economic crisis is the principal reason for this American socialist awakening.

It may be that the 2008 financial crisis opened Americans’ eyes to reconsidering the bases of a free market economy. It’s no secret that contemporary American thinkers and philosophers within the American Socialist Democratic Organization and its Socialist Party of America, active since 1973, have been rereading Karl Marx’s economic writing.

What happened can be called a “gap in the capitalist American consciousness” that has persisted for decades. This is represented by the emergence of movements like “Occupy Wall Street” with its famous slogan, “We are the 99 percent.” It is an unmistakable fatal flaw and not an accident of American capitalism that 1 percent of those living in this uncontrolled empire control 99 percent of American wealth.

Will the Republican conservatives’ tactics of crying out, accusing the Democrats of sliding to the left, and using socialism as a scarecrow actually change the course of events for the American public?

American millennials see the limited approaches that the Republicans offer and they no longer believe in the imperative of choosing between freedom and socialism. What about this generation, and its ability to change the course of American history?