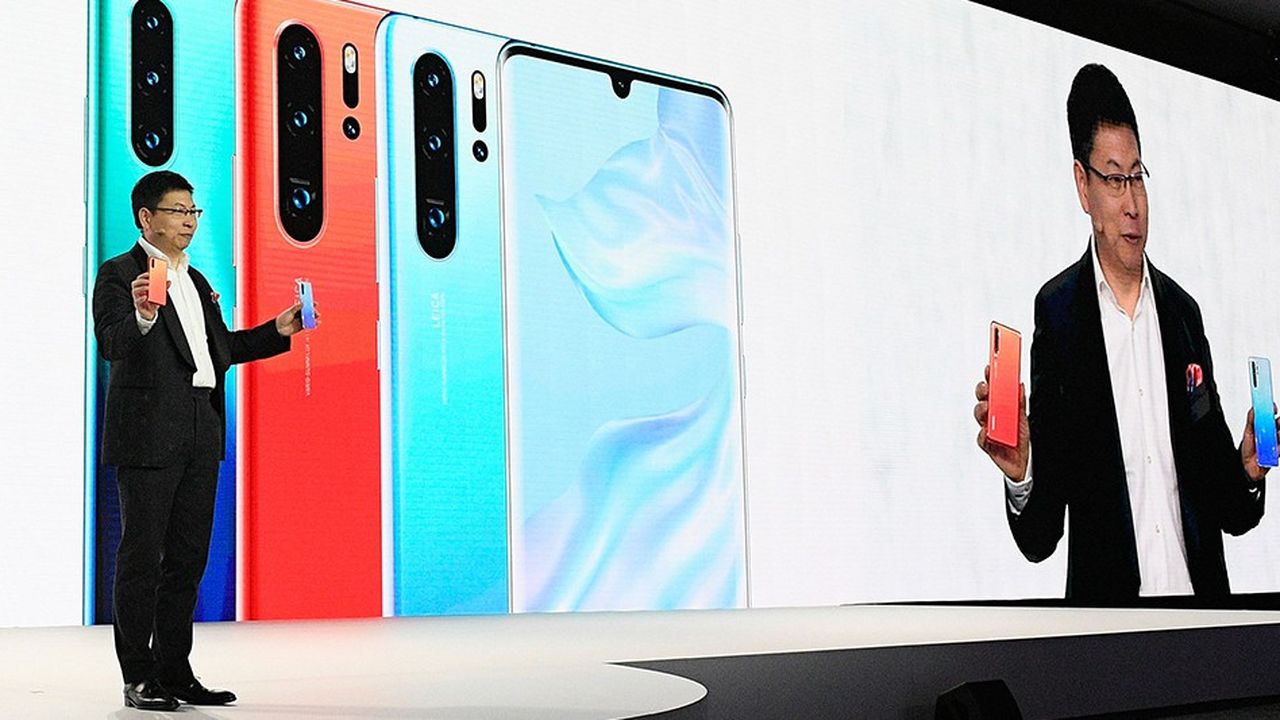 The United States accuses Huawei of being Beijing’s arm for spying on telecom networks and wants to dissuade Europe from retaining the star Chinese company for its future 5G networks. A political angle is hiding behind the security one.

Three cheers for France! Huawei chose the French capital to launch its celebrated new phone, the P30. On Tuesday, March 26, Richard Yu, head of the Chinese giant’s smartphone branch, made the move to Paris, the city of art and design. France was radiant! However, the Quai d’Orsay made a face: A short distance from the Porte de Versailles, where Huawei was to stage its show, Emmanuel Macron was receiving his Chinese counterpart, Xi Jinping. It was a particularly ill-chosen moment to speak of Huawei. The foreign ministry even put pressure on the company to reschedule its event, without success.

Its eagerness is significant. For several months, everything about Huawei has been explosive. Just mentioning it embarrasses politicians as much as business leaders. This is not because its presence is something new, since Huawei is the world’s No. 2 smartphone seller and its premier supplier of telecom equipment − the antennas and other servers that make up telephone networks.

The admiration for this Asian giant in France, as elsewhere in the West, has changed with the advent of 5G. The new generation of mobile networks must be in place by 2020. It will not only connect our telephones, but also the entire infrastructure of the country: its factories, ports, hospitals, freeways, etc. Therefore, the idea of entrusting the keys to such a strategic network to a Chinese actor makes the Europeans cautious − and the Americans hysterical!

Uncle Sam did not wait for 5G to come along before it became suspicious of Huawei. It has already in effect forbidden major American operators from using Chinese antennas, and since last summer has been pressuring its European allies to follow its hard line. The message is simple: Close off your 5G markets to Huawei, since your networks’ security depends on it.

A Committed Actor in France

But if Australia has aligned itself with America, Europe prevaricates, hesitating over whether it should directly confront Beijing. And beyond the thorny diplomatic issue, Huawei is a trading partner of the first importance.

Within the Hexagon,* half of Bouygues’s and SFR’s networks use Huawei antennas. Therefore, changing their 5G supplier would necessitate replacing them, which would cost hundreds of millions of euros, and these operators are already under pressure financially. Even Orange is largely dependent on Huawei for its mobile networks and cloud service, for both of which Chinese parts are integral. The Shenzhen** giant is also a client of some French corporations; to STMicroelectronics in Grenoble, for example, Huawei represents hundreds of millions of euros in annual orders.

Stuck between a rock and a hard place, Europe is following France’s example of trying to adopt a middle position: strengthening its security measures without excluding China from its 5G plans. Proposed legislation for such a policy will be considered by the National Assembly in early April, but such procrastination is not to Washington’s liking. For the United States, it is a settled question that Huawei equipment gives Beijing privileged access to foreign networks for espionage purposes. How could a 30-year-old company become the world leader among telecoms without being intimately linked to government power?

The basic problem is that these charges are unsubstantiated. The U.S. has had to pull out an old file on the theft of a component for a small robot from the laboratories of T-Mobile in 2013. The only other documented instance of Chinese espionage is that of the wiretapping of the African Union building in Addis Ababa, Ethiopia’s capital, as reported by Le Monde in early 2018. Between 2012 and 2017, some of its server content was transmitted by night to Shanghai, and the main source of the technology for this was − none other than Huawei!

This evidence is slim, but proof is secondary to this American administration. The development of China’s legal framework, in particular Article 7 of the law on intelligence passed in 2017, suffices to close the debate: If the Party asks something, Huawei is bound to obey.

After a long period of silence, Huawei is now defending itself tooth and nail with claims that it has never participated in any espionage activities. Moreover, the Chinese have no trouble pointing out that the Americans are far from being white sheep. Edward Snowden’s revelations showed that not only did Washington listen in on its closest allies, but in 2010 also infiltrated Huawei’s servers as part of an operation code-named Shotgiant. This is exactly what they accuse the Chinese of doing!

The U.S. does not deny these intelligence operations, but it claims that their context is very different from China’s thanks to America’s free press, independent judiciary and other checks on power. “When Apple refused to give the FBI access to its iPhone, it took the matter to court. Name a Chinese company that has subpoenaed the Communist Party!”*** commented a State Department official.

The issue is therefore not so much one of security as of ideology. Huawei’s promises count for little given China’s legal environment, which is what Washington finds so objectionable. “In reality, Huawei’s operation needs a complete overhaul to conform to Western standards,” states a major executive in the smartphone sector. “But will that ever happen?”*** A new cold war is emerging. Although it is clad in tech clothing, it remains political.

*Editor’s note: This is a term for mainland France.

**Editor’s note: Shenzhen is the Chinese city where Huawei is headquartered.

***Editor’s note: This quotation, accurately translated, could not be verified.