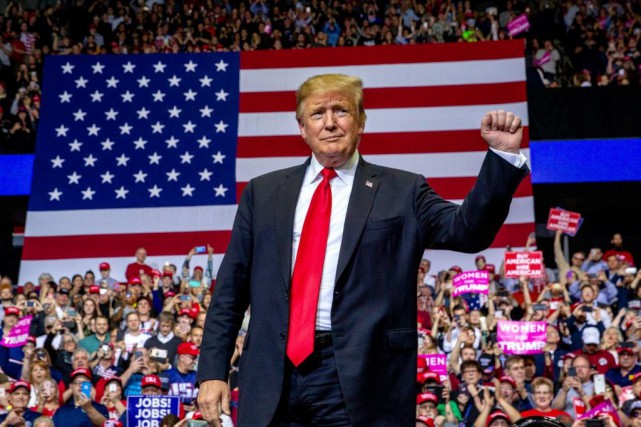 This week, Chrystia Freeland refused to categorically state that Ottawa would not give the green light to the United States-Mexico-Canada Agreement as long as Washington keeps tariffs on steel and aluminum.

But by declaring that maintaining tariffs “raises some serious questions about NAFTA ratification,” she gave the White House a serious warning. The American administration will surely read between the lines…

The warning by the Canadian minister of foreign affairs can be summarized as follows: these tariffs must disappear if the American president wants to resolve this issue and if consequently he wants to be able to show off during the next race for the White House and insist that he finally set Canada straight and rid the Americans of NAFTA.

Freeland was entirely right to dig in her heels. It is actually one of the best strategies we have to force America to exempt Canada from these tariffs that are, it must be said, irrational. They are irrational because they go against the very principle of the free trade agreement currently being renegotiated with our neighbors.

The U.S. signs an agreement condemning barriers that hinder commerce, yet simultaneously implements such boorish protectionism!

In doing so, Washington initiated hostility. Canada, seeing its steel and aluminum subjected to a 25% and 10% surcharge, respectively, really couldn’t do anything other than adopt retaliatory measures against the United States. (Last May, it was over $16.6 billion Canadian dollars in American imports.) And Freeland just announced that Ottawa seeks to make these measures more damaging to our neighbors. It’s cruel, but fair game.

The American tariffs are also irrational because they penalize steel and aluminum producers as much as the numerous sectors that use them. And it’s not just Canada that’s suffering: they’re complaining on American soil as well. Last month, the U.S. Aluminum Association, together with its Canadian and Mexican partners, sent a letter to President Donald Trump denouncing these tariffs. The tariffs are “limiting access for North American aluminum producers to reach their suppliers and customers – and in some cases, their own subsidiaries and facilities,” they explained.

Additionally, the very justification for these tariffs is absurd. To impose them, Washington appealed to national security by citing Section 232 of the Trade Expansion Act. But how the hell can they seriously maintain that Canada’s steel and aluminum production is a risk factor for America?

The one supporting this relentlessness, as we know, is the American president. Last December, he even proudly named himself the “Tariff Man” on Twitter. A godsend for humorists and caricaturists, certainly, but they’re not laughing because it’s funny. Just look at Stephen Colbert make fun of “Tariff Man.”

Trump persists, even if prominent Republicans are now urging him to get rid of the tariffs. Such is the case of Chuck Grassley, Iowa senator and seasoned veteran of American politics, who publicly called for the elimination of tariffs before Congress can ratify the USMCA.

Will Trump yield? Hope springs eternal. But, alas, we also know that just because an initiative is illogical, it won’t stop the American president from defending it tooth and nail.