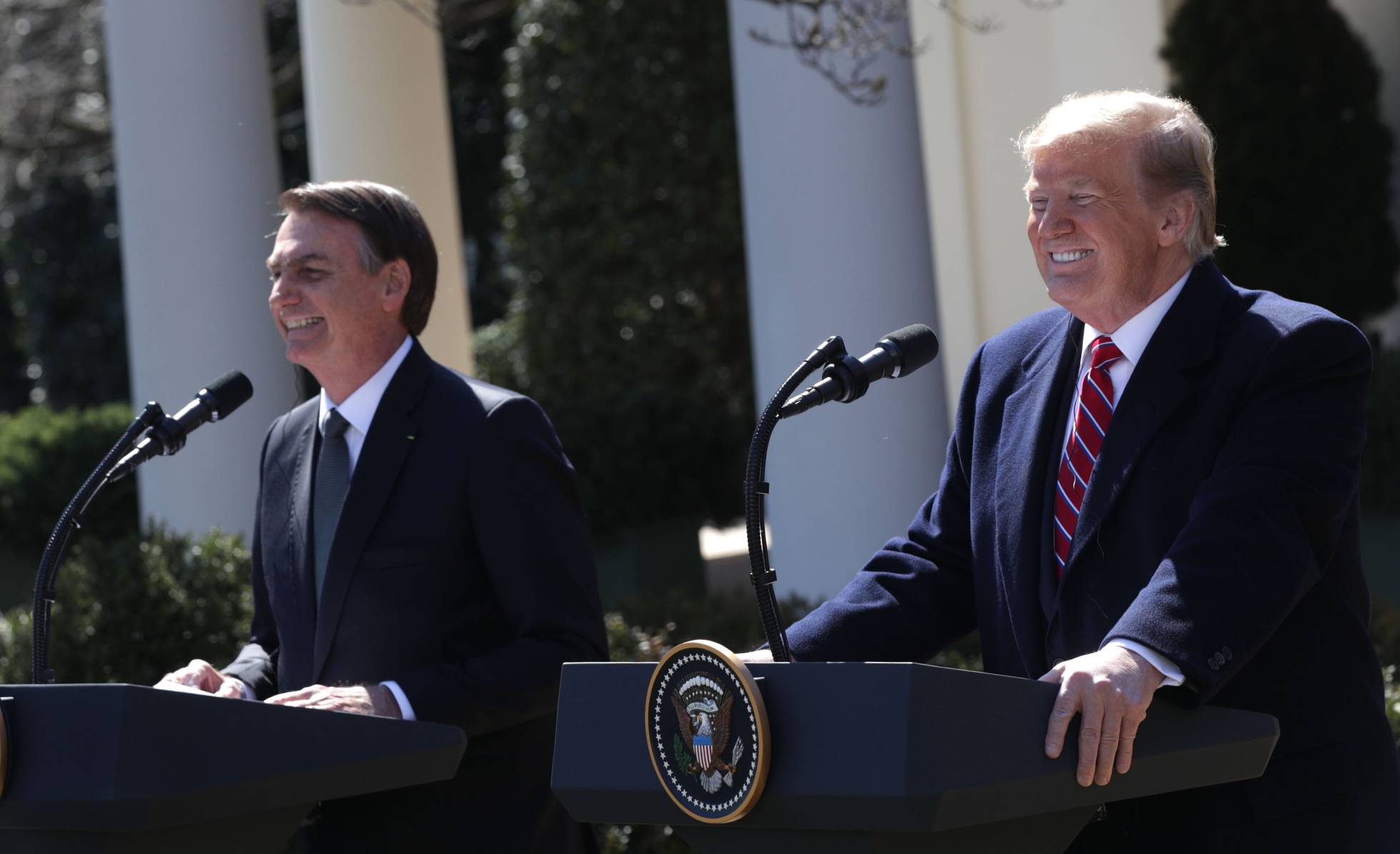 The Brazilian president’s difficulties in maintaining an alliance with U.S. President Donald Trump with respect to Venezuela will become more clear in November when Brazil hosts the BRICS summit.

Trump’s insinuation about a possible military intervention in Venezuela continues to have unexpected consequences on an international scale. His most recent suggestion showed the crack that exists with respect to Brazil’s foreign policy at the highest level. President Jair Bolsonaro previously admitted the possibility that his country could accompany a U.S. military attack to overthrow Nicolás Maduro. But his vice president, Hamilton Mourão, denied it. An important detail to note: Mourão is a military man.

The Venezuelan question is the most exposed wound tormenting the Brazilian government. There, the Ministry of Foreign Relations is headed by Ernesto Araújo, and this professional ambassador, supported by the anti-globalization guru, Olavo de Carvalho, enjoys creating scandal with conceptual extravagances, such as maintaining that the Nazis are left wing. Mourão has discredited him multiple times, such as when he claimed that, contrary to what he had promised to Benjamin Netanyahu, the Brazilian ambassador to Israel would not relocate from Tel Aviv to Jerusalem.

Mourão’s dissonance garners attention because Brazil is dealing with an official whose removal is incredibly difficult, since he was elected alongside the president. Even so, Rep. Marco Feliciano, one of the leaders of officialism in Congress, proposed removing him. It was more a protest than a plan. Mourão expressed the military way of thinking, not only of the retired ex-military that makes up Bolsonaro’s cabinet, but also those who are on active duty and do not want to be dragged into an armed conflict with a neighboring country.

The difficulties that Bolsonaro has in maintaining an alliance with Trump against Venezuela will be made clearer between Nov. 13 and Nov. 14 when the Brazilian government hosts the BRICS summit. The agenda for that meeting poses a problem: the Venezuelan crisis cannot be discussed. The reason is simple: Russia, India, China, and South Africa continue to recognize Maduro’s government. Only Brazil backs Juan Guaidó.

The positions of the BRICS members that have not broken with Maduro are not uniform. Russia has sent troops to Venezuela, not to defend its dictator as much as to counterbalance the pressure the United States exercised over Ukraine. The Chinese, in contrast, have not posted a single soldier in the Caribbean. What unifies the BRICS group with respect to Caracas is the rejection of the military intervention that Trump suggested. That explains why Chancellor Araújo, at a conference of businessmen, suggested that geopolitical questions will not be discussed at the November summit. Perhaps neither will trade problems, which could be another point of contention: Bolsonaro, in another tribute to Washington, has said that China was disloyal, a position that Mourão also distanced himself from. Araújo has already stated that in November, he prefers to limit himself to a technical or productive agenda. The BRICS group, which now has little to discuss, threatens to fall silent.

The idea of launching a military intervention in Venezuela is a strange one. Trump proposed it at the same time that he withdrew his armed forces from almost all the places where they were involved. And the United States remains more isolated, from encouraging an international movement to defend democracy in Venezuela, to becoming the only one warning of an armed attack. Only Maduro takes advantage of this threat to sensitize nationalist fervor in the generals that still support him. Even Bolsonaro does not stand with Trump anymore.

The unconditional alignment that the president of Brazil offered the United States at first is showing its limitations. Will there be a response from Washington? The alliance that was promised at the start had one benefit for Bolsonaro: U.S. support for Brazilian entrance into the Organization for Economic Cooperation and Development. But this boost still has not materialized, and according to comments from diplomats that work in the organization, the representative from Washington still has not acknowledged his promises to Brazil.