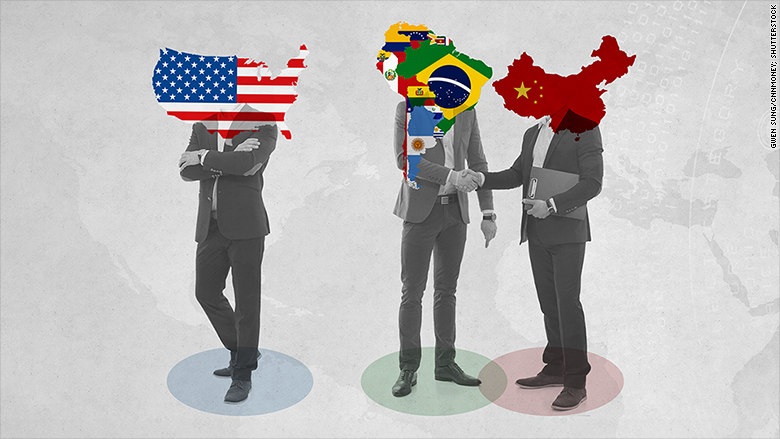 On April 27, the megashow ended, where China exhibited to the world its Cyclopean project, dubbed the Belt and Road Initiative, also known as New Silk Road.

Xi Jinping, the Chinese dictator, met in Beijing with 5,000 delegates from 150 countries, including 37 leaders. (Jair Bolsonaro [president of Brazil] was not among them.)

It is a demonstration of strength that Donald Trump, in a state of commercial warfare with China, would not be able to match if he wanted to convene a similar get-together. That is because Trump is not the least concerned with cherishing friends. He prefers to embrace enemies, who, at the end of the day, end up turning their backs on him. Look at the case of Korean dictator Kim Jong Un.

It is natural that there is enormous interest in the Belt and Road Initiative. The Council on Foreign Relations has said that it is “the most ambitious package of infrastructure projects ever conceived.” According to the Chinese, the BRI already reaches 4.4 billion people from 150 countries and, in total, anticipates investments of more than $1 trillion (3.9 trillion reals, four times as much as the economy which intends to reform the Previdência*) in Asia, Europe and Africa.

Chinese generosity? No, it is the currency with which China intends to consolidate its already strong presence in world commerce and global geopolitics. It therefore ends up being a piece of the dispute between the United States and China for world leadership.

Trump’s national security advisor John Bolton does not hide his annoyance, as he accuses

China of “the strategic use of debt [created by the credits of BRI] to hold states in Africa captive to Beijing’s wishes and demands.”

Indebtedness under BRI is, de facto, a problem in many countries, including Latin America, but Deborah Brautigam of Johns Hopkins University minimized the problem in an article for The New York Times on April 26. She cites studies which show that, although Chinese loans are significant in Africa as well as in Latin America, “fears that the Chinese government is deliberately preying on countries in need are unfounded.”

Anyway, there is a colossal elephant in the room of Brazilian diplomacy and, by extension, there is a need to define how to deal with it.

This week’s issue of Americas Quarterly details the current picture of Chinese-Latin American relations. China is already the second largest commercial partner on the subcontinent, just behind the United States, and invests in dams, railways and electrical networks. Its cellphones and vehicles have become popular.

In sum, “It seems that China is in Latin America to stay,” concluded Brian Winter, the publication’s editor.

If this is the case, logic dictates it would not make sense for Brazil to strictly align with Trump to the point of being a U.S. partner in the war against the Chinese. There are analysts who attribute the fall of Chinese investment in Brazil — from $11.3 billion in U.S. dollars in 2017 to just $2.8 billion in 2018 — to Bolsonaro’s criticism of China while he was a candidate.

It would be stupid to embark on the crazy theory of Chancellor Ernest Araujo, for whom Trump is the chosen leader to save the West.

Brazil gains much more if it remains far from this supposed crusade and navigates between the two giants without becoming a vassal to one or the other.

*Translator’s note: The Previdência Social is the name of Brazil’s social security system.

About Jane Dorwart 162 Articles
BA Anthroplogy, Reed College Portland, Oregon, Composer in the BMI Musical Theatre Workshop under Lehman Engel., BS Musical Composition and Diploma in Computor Programming. I am delighted and honored to be working as a Translator for Watching America and have become a regular reader myself! I believe it is important to hear many points of view to get a glimpse of the truth of situations, and that no one person has a monopoly on that truth! That is what is so exciting about this site! I love the Portuguese language and have been speaking and studying for a number of years. I welcome the challenge of translating Brazilian and Portuguese newspaper articles and making them available to English reading readers!