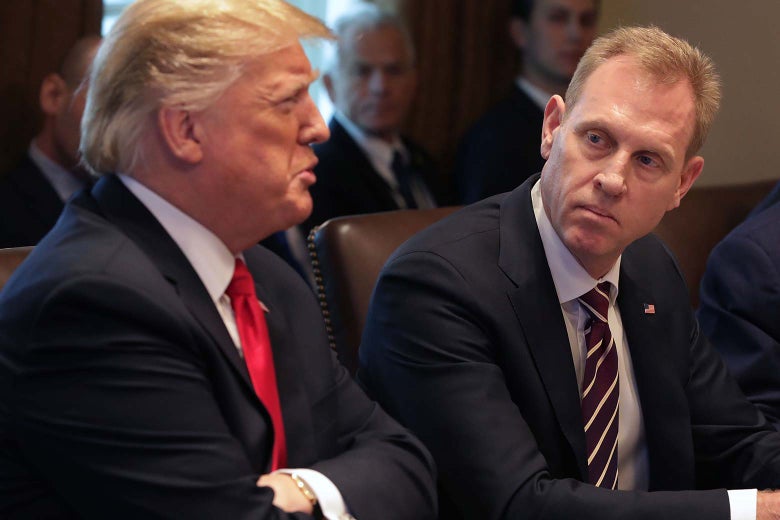 Some 5 1/2 months after the resignation of James Mattis, and with tensions in Iran running high, the United States still does not have an official secretary of defense. On Wednesday, June 19, Acting Secretary of Defense Patrick Shanahan withdrew his confirmation process.

The Pentagon once again finds itself without a leader after the acting secretary of defense, Patrick Shanahan, withdrew his nomination from consideration. He gave family as the official reason. That is, accusations of domestic abuse between him and his ex-wife dating from 2010 and 2011 and uncovered by the federal police’s administrative investigation were going to resurface during the Senate hearings. Another more political factor is the lukewarm support received from Donald Trump, who waited five months before announcing the nomination in May.

Shanahan has decided to “devote more time to his family,” the president tweeted before naming the secretary of the army, Mark Esper, as the new acting secretary of defense. Shanahan took over from James Mattis on Jan. 1. Mattis had himself resigned on Dec. 20, the day after Trump’s surprise announcement that U.S. troops would be pulled out of Syria.

A former senior executive at Boeing, Shanahan had kept a low profile during his few months in office. He raised no opposition to Trump’s more controversial initiatives, such as use of the defense budget to finance the wall along the U.S. border with Mexico or the creation of an independent “space authority” as a sixth branch of the American armed forces.

Uncertainty over America’s Strategy Toward Iran

Shanahan’s departure, coming at the height of tensions with Iran, adds an extra layer of uncertainty to America’s strategy toward that country. At the Department of Defense, some are concerned to see the hawkish elements of the White House and the State Department, namely National Security Advisor John Bolton and Secretary of State Mike Pompeo, push the U.S. toward a conflict with Tehran at the same moment that the armed forces are pursuing operations against the Islamic State in Iraq and Syria.

On Monday, June 17, before his resignation, Shanahan authorized the deployment of 1,000 extra troops for “defensive purposes to address air, naval and ground-based threats in the Middle East,” but it was Secretary of State Pompeo who visited the headquarters of Central Command in Tampa on Tuesday, June 18, to defend sending the reinforcements.

The Pentagon, America’s largest employer, is made up of 2.8 million employees, 2.2 million of whom are in the military. It has a budget of $716 billion dollars, 3.1% of the national gross domestic product, and a presence in more than 160 countries. The lack of an official secretary of defense is part of the ongoing void at the top of the Trump administration, with a number of posts remaining vacant or occupied on a temporary basis, including the secretary of the Department of Homeland Security and White House chief of staff.

About Hannah Mosford 33 Articles
Hello! I am a French to English freelance translator currently living in Valencia, Spain where I am trying to improve my Spanish. I am originally from the UK and I enjoy visiting new places, especially cities, and meeting new people. My biggest love, however, is reading and I will read books of any genre but particularly crime. That said, my favourite authors are Zadie Smith and Elena Ferrante.