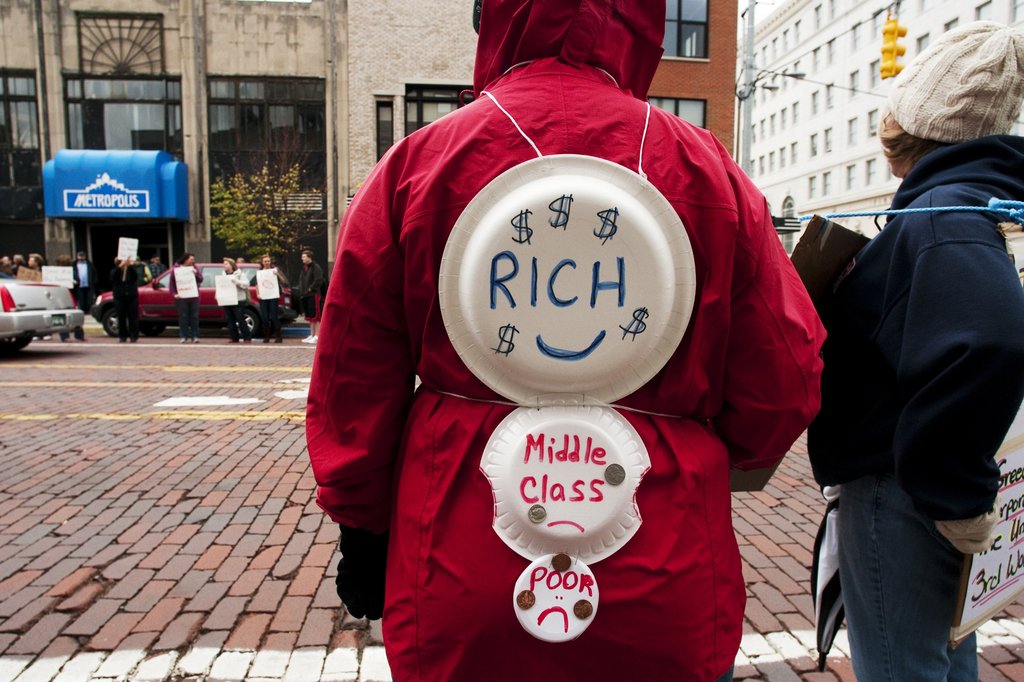 America is fantastic right now; America will be great again. People in the U.S. publicly proclaim this to be the current state of affairs. However, looking broadly at recent U.S. domestic and foreign issues, it is more realistic to declare that America is sick.

This sickness in America presents a number of apparent symptoms, including wielding tariffs like a big stick, interfering in the internal political affairs of other countries, blatantly profiting from both sides of two-way trade operations but complaining that one is being taken advantage of, criticizing other countries for no reason while endangering one’s own security, confronting allies and neighboring countries and recklessly scrapping treaties by withdrawing from trade agreements, etc.

Issues inside the United States give rise to a variety of evil influences from abroad. The American sickness is caused by three things in the United States. The first is losing balance between the yin and yang of spending and saving. This longstanding imbalance is sustained by the United States’ economic structure. Stephen Roach, a Yale University scholar and former chief economist at Morgan Stanley, hit the nail on the head when he pointed out that the source of America’s huge trade deficit is excessive personal consumption in the U.S. without putting enough into savings.

The second cause of America’s sickness is the failing life force of America, its middle class. Because of the growing wealth gap, the middle class, which is the powerful backbone of U.S. society, faces an increasingly unfavorable situation. From U.S. media reports to Federal Reserve investigations, we invariably think a large part of the American middle class is doing well. However, the middle class is actually facing increasingly dire circumstances, so much so that most of them are unable to access a few hundred dollars at one time.

The final reason for this American economic sickness is acute anxiety. Some people are anxious about using their political achievements to solicit votes, while some populists are hotheaded and imagine enemies everywhere. Both types point impulsively to a new Cold War theory or a culture clash theory, or a theory of dividing China and the U.S. in an effort to instigate international discord.

Both outside and inside forces are working together to create the ills affecting America, rendering society dysfunctional and blocked. These issues suggest that the American sickness will turn into a chronic disease.

Yet, despite these symptoms, the U.S. refuses to face the problem head-on. It is not only unwilling to treat the disease in a timely manner but also unwilling to acknowledge that it is sick. At the same time, the U.S. cannot bear seeing other countries succeed. The U.S. tries to harm others while it mends its own wounds. The U.S. brandishes tariffs everywhere like a stick, hitting Mexico and Canada nearby and China and the EU at a distance. The U.S. justifies these attacks by claiming that its goal is to have a commanding presence.

The behavior of the United States with regard to the world reveals an absurd logic: that there can only be one country that is the strongest, so even if it is sick, someone else should take the medicine. The rest of the world finds this logic contemptible. Roach was exactly right when he observed that “fixating on scapegoats is apparently much easier than taking a long, hard look in the mirror.” The Financial Times warned that this type of America not only isn’t “great again” but actually is “terrible again.”

In the end, the United States’ behavior harms others and itself. On the one hand, the U.S. cannot see the dark side of global development. From the Group of 20 industrial and emerging-market nations to OPEC, global coalition groups have all recently warned that the survival of the world’s economy is at risk, mainly because of the frequency with which the U.S. is bullying other countries, disrupting the order of international economics and trade and destroying the global value chain.

On the other hand, Americans who are constantly rising to the level of such absurdity are actually endangering themselves and will find the consequences of their actions hard to bear. After the U.S. provoked a trade war with China, more than 600 American businesses and organizations jointly signed a letter opposing its government’s protectionist tariffs on Chinese goods. Both the U.S. media and academia constantly declare that China isn’t the problem but rather capitalism is the problem and that the U.S. shouldn’t blame China for its own problems.

The Chinese prescription may be the most effective way to fight the American sickness. China’s proposed “human destiny community” idea could alleviate the anxiety. The idea of working for the mutual benefit of others and reflecting on the situation will advance a cure for the American sickness. By following the golden rule of doing unto others what you would have them do to you, there may be a way of alleviating hostility.

If one follows these rules, there may be an effective cure for America’s sickness. If one turns a blind eye to one’s own illness, there is no way to heal. Often, when one conceals a problem for fear of being criticized, the situation becomes hopeless, and in the end, there is no medicine that can cure a disease that goes unrecognized. The United States should seriously take its own medicine.