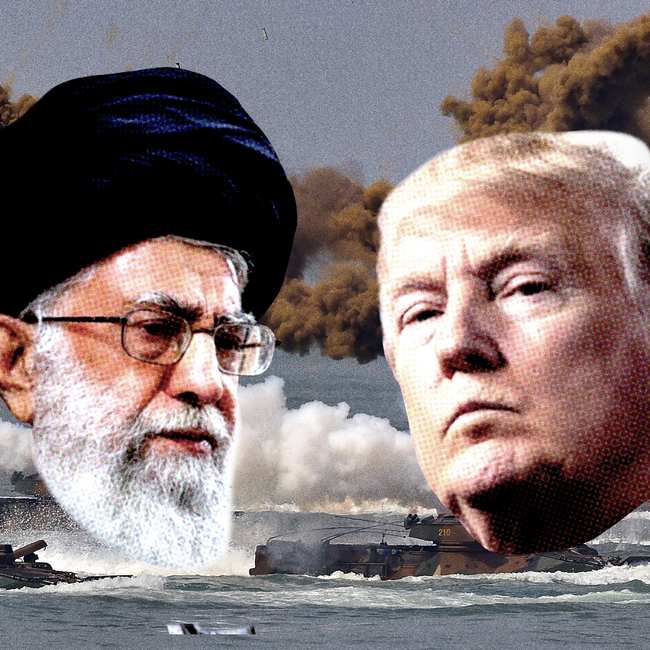 How might the face-off between Washington and Tehran come to an end?

From the moment that the president of the United States, Donald Trump, announced his decision to withdraw his country from the Joint Comprehensive Plan of Action, and the restoration of sanctions against Iran, the prospect of being dragged into a large-scale war involving most of the countries in the region and leading to unpredictable consequences began to loom over the Middle East, while the global economy looks ready to fall into a deadly tailspin in the oil market.

The Americans have been consistently ramping up the pressure on Iran since the summer of 2018. This resulted in an initial provocation with tankers in early May in the Port of Fujairah, and more recently in the Strait of Hormuz. All of this is happening against the background of a psychological war that is being carried out by the U.S. against Iran, with National Security Advisor John Bolton and Secretary of State Mike Pompeo, as well as deployments of additional American groups in the region, taking the leading roles.

After the Iranian Air Defense Force shot down the American drone RQ-4 Global Hawk, it seemed that tensions had reached their climax. Trump initially made the decision to carry out a retaliatory strike against Iran; however, he later changed his mind. This time everything turned out all right, but the global community is still waiting with bated breath for what comes next: Will the Americans decide to opt for a military operation? And what will Iran, who the American “hawks” are purposefully trying to back into a corner, do in return?

Even the Lord God can no longer guarantee anything in our modern times. It has already become the norm for the leaders and politicians of several Western countries to disseminate outright nonsense to their voters without batting an eye, calling black white and white black. In a normal society, they would be sent straight to “Ward No. 6”* for such statements. Unfortunately, the world is what it is. This is a tragedy of modern diplomacy and power structures. But the world is hoping that not everyone in President Trump’s administration and the U.S. federal agencies is suicidal, and that there are people who are aware of what they are doing.

Unlike the excursions made by the U.S. Army and its allies in Iraq in 2003, such a blitzkrieg will not take place in Iran. It will be a serious war with big losses and destruction for the countries of the Middle East, as well as the United States itself.

What are these assumptions based on? Iraq was torn apart by religious and national contradictions. Saddam Hussein succeeded in holding onto the government by means of brutal repression. Therefore, there is nothing surprising about the fact that, when the U.S.-led coalition invaded Iraq, Saddam had to wage war on several fronts, including against his own citizens: with the Kurds in the north, and with detachments of the opposition party, the Iraq National Congress, in the south. The army, whose soldiers and commanders were actively working with American specialists and representatives of the opposition, raised the white flag and entire military corps led by commanders put down their weapons. Only a few Republican Guard units showed resistance in some areas. But in such a situation of total chaos, falling morale and fighting spirit, corruption and outright betrayal, the Guardsmen couldn’t do a thing.

The situation in Iran is different. Indeed, it’s not the perfect society according to the European understanding, and there are a lot of internal problems, but the Iranians have been under Western sanctions for decades and, as a result of this, as well as of flagrant administrative errors made by their own authorities, they are living really tough lives. Nevertheless, as the Iranians say, they are prepared to unite in the face of foreign enemies to resist aggression.

Iran’s armed forces are quite powerful. They are the army itself and the Islamic Revolutionary Guard Corps − a structure that has the same components as those of the national army: ground forces, air forces, naval forces, powerful intelligence and special forces units. As a matter of fact, the American drone was shot down by the IRGC using an Iranian-made 3rd Khordad anti-aircraft missile system.

There is no exact data regarding the number of Iran’s military forces. Somewhere around 900,000 soldiers and officers. To those we need to add the militia − the “Basij” resistance forces. That’s no fewer than 3 million people.

There is no guarantee that the Yemeni Houthis, the Lebanese Hezbollah and several groups of Iraqi Shiites wouldn’t stand up to the Americans and their allies in solidarity with Iran. According to some sources, the Houthis have been perfecting tactics to use long-range strike drones − almost to 1,000 kilometers (621 miles) − and are threatening, if anything, to attack all those who support the Americans in the war against Iran. It’s understood that by this they mean, first and foremost, Saudi Arabia and the United Arab Emirates. And what then? A new Armageddon across the entirety of the Middle East?

In comparison with the Iraq War, nobody is rushing to state their readiness for war in a military coalition with the Americans against Iran. Even Washington’s loyal ally − Great Britain − is making limited statements through its secretary of state for foreign and commonwealth affairs, Jeremy Hunt.

It is most likely that this situation of neither peace nor war will continue until the presidential election in the United States. Trump does not need a military defeat in the run-up to the election. In order to receive the electorate’s votes, he will stick to militant rhetoric in order to preserve his hard macho image.

We have to hope that American politicians will at some point understand that there are lots of other problems in the world without striking blow after blow to the global economy and global security. In conditions of decreasing natural resources and drinking water reserves, of extreme population growth and serious climate change, surviving in isolation is becoming increasingly problematic, even for the strongest of countries. Serious and responsible politicians need to think about this, and not hatch plans about where else to ignite the fires of war.

Translator’s note: “Ward No. 6” is the title of a short story written by Anton Chekhov in 1892, which is set in a psychiatric hospital.