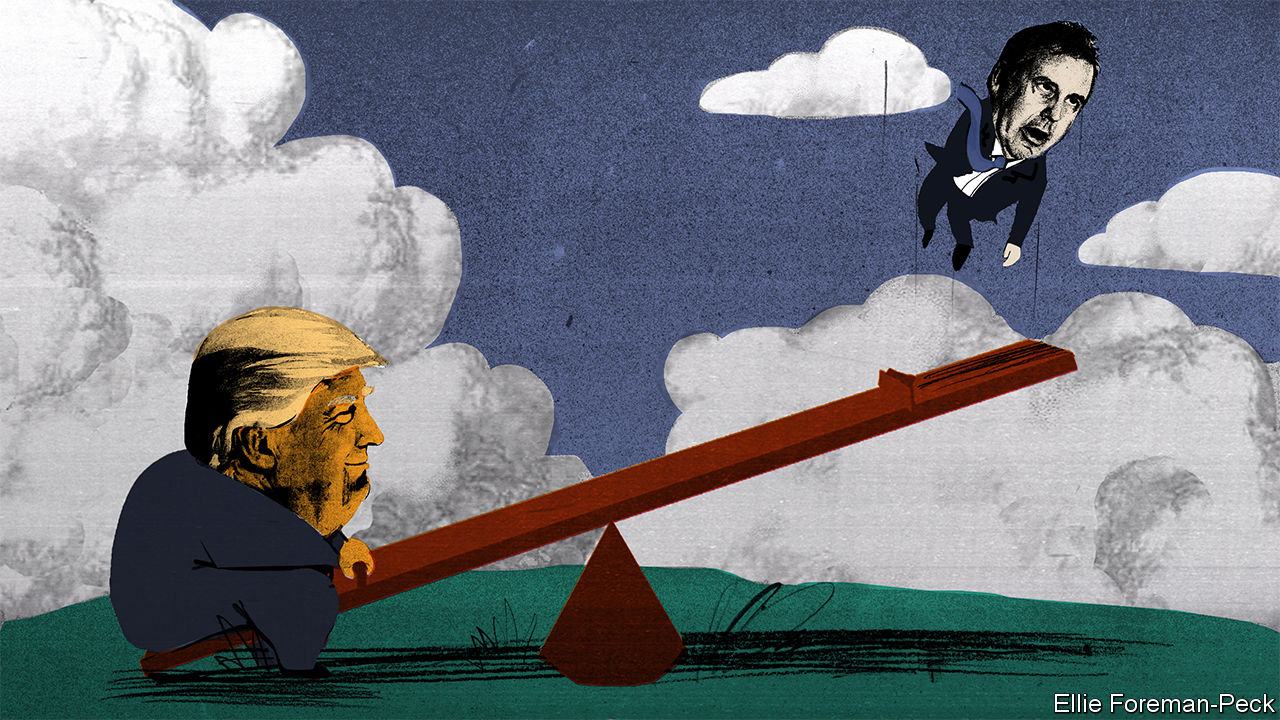 The fracas between President Trump and the British ambassador in Washington ushers in a new era.

With a few furious tweets, President Donald Trump has brought down the British ambassador in Washington. Kim Darroch resigned on Wednesday after Trump called him a “pompous fool” and made it known that the White House did not want to do business with him anymore.

In doing so, the volatile president was reacting to leaked cables from the ambassador in which he called Trump “incompetent” and “insecure.” To rub it in even further, the White House immediately withdrew an invitation to Britain’s top diplomat.

Such a declaration of war is unheard of in diplomatic circles, especially since Trump undoubtedly sees blunt observations from American diplomats regarding other leaders on a regular basis. Such undiplomatic, confidential analyses are simply part of an ambassador’s work.

The bottom line is that Trump now determines who may and who may not become an envoy to his court. But he was given space to do that by Boris Johnson, the former U.K. foreign secretary, who is now on his way to becoming the new British prime minister. Out of fear of offending Trump, Johnson did not dare to support the ambassador in a televised debate.

That was Darroch’s sign that his position had become untenable. The cheering responses from the Brexiteer camp following Darroch’s exit are a warning signal for British diplomats: apparently, the Brexiteers are eager to politicize the diplomatic service.

But above all, it is a sign of what awaits the Brits now that they are preparing to turn their backs on their EU partners. To compensate for the possible damage of a “no-deal” separation, they are completely dependent on Trump’s favors. He is promising the Brexiteers an advantageous trade agreement, but that will, of course, be an agreement on Trump’s terms. As a businessman, he knows full well when his negotiating partner stands with his back against the wall.

Once upon a time, America was a British colony, but now, Great Britain is in danger of becoming a colony of Trump Land.