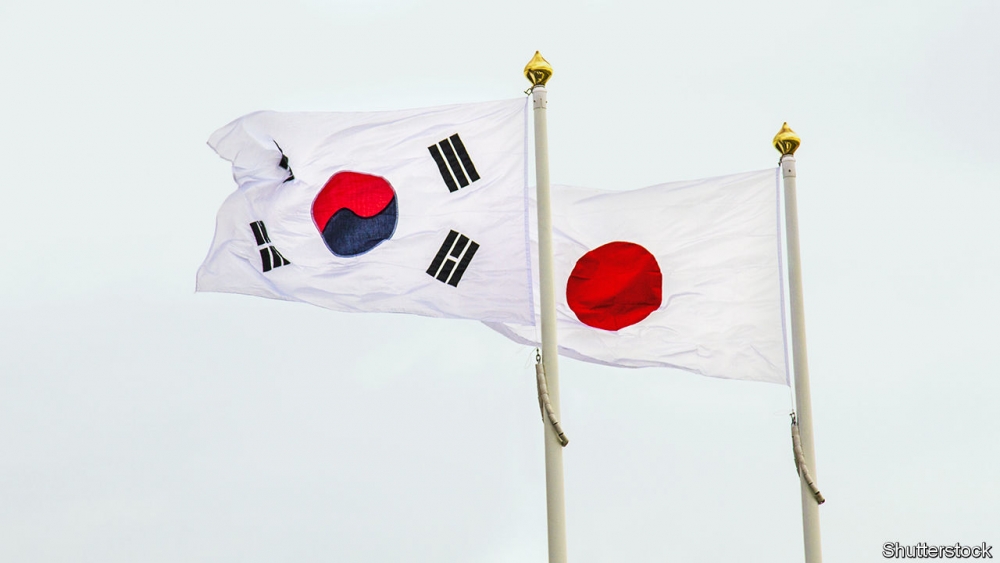 Nothing like it has happened before in the history of South Korea-Japan relations since Korea’s liberation from colonial rule. I’m referring to the unilateral attempt by one party to choke off the other. And the party responsible is none other than Japan, the perpetrators of colonial rule and perennial beneficiaries of a trade surplus.

Japanese Prime Minister Shinzo Abe’s provocations with his economic warfare are identical to the actions of US President Donald Trump. To begin with, both try to weaken their adversary by leveraging an advantage to apply preemptive “shock therapy.” The US, which possesses the world’s biggest market, has used increases in import duties; Japan is applying export controls. Both have shown an utter disregard for the international trade norms exemplified by the WTO. Both adopt an attitude of “If we do it, that makes it the international norm.”

Both also resort to incoherent security-based arguments to rationalize their actions. In the US’ case, it’s the high-handedness of a hegemonic power that uses arbitrary definitions of “security” as a tool for economic warfare – but few if any countries are in a position to disregard what it says. When Japan invokes North Korea sanctions-related issues as grounds for export controls, however, it’s basically playing follow-the-leader. Both are identical in their use of economic warfare as a political means of strengthening their own position. For Abe in particular, hackneyed ideological tactics that alternate attacks against South and North Korea represent part of his political base.

In terms of their goals, the two show some similarities and some differences. They differ in content, if not in category – since each country has a different stature and different intermediate- to long-term goal.

Abe has two main goals. One of them is to alter South Korean policy or weaken the current administration’s authority. A key part of this policy involves sustaining the 1965 regime with Japan’s own wording. This means returning itself to pride of place in relations with its neighbor, with no further mention of historical issues related to colonial rule no matter which administrations arrive in power. It means to forestall any mention of as-yet unresolved issues concerning individual compensation to Japanese military comfort women or forced labor survivors, while joining forces only with those who will cooperate with it. Japan’s right wing, Abe included, would also like to see the South Korean administration replaced with others who march in lockstep with them.

Trump is similar in the way he seeks to change the policies of other countries and weaken their political authorities, but his focus is on US interests that are somewhat more clearly visible: employment mercantilism (increased jobs for Americans) and improving an adverse trade situation.

Another aspect is the reorganizing of structures and systems. Abe also hopes to turn around the decline in Japan’s role within Northeast Asia. In the past, Japan stood poised to account for 15% of total global production; that number has since fallen to 6%. China’s total production is 2.5 times higher than Japan’s, while South Korea has reached 80% of Japan’s level in terms of per capita income. Japan is also a weaker presence when it comes to security issues, including denuclearization of the Korean Peninsula and the establishment of a peace regime. South Korea finds itself the first target in Abe’s offensive to reverse this trend. It’s an attempt to bring South Korea in line and enlist it as Japan’s subordinate partner.

Washington and Trump have little incentive to intervene on S. Korea’s behalf

Abe’s provocations with his economic warfare coincide further with the US’ offensive against China – buttressing a framework of antagonism pitting the US and Japan on one side against China on the other. In its bid to knock China down a peg, the US supports a stronger Japan as a faithful, subordinate ally. At the same time, it doesn’t want to see a weakening in its existing trilateral alliance with Japan and South Korea. In other words, Washington has little motivation to intervene in Tokyo’s economic warfare provocations so long as that alliance is not compromised.

This is not the first time Japan has scapegoated the Korean Peninsula in a bid to pass the buck with internal uncertainties and attempt to realize a new international order. It did the same thing in the late 19th century amid the heavy tide of Western advancement in Asia, and in the post-unification years of the late 16th century when it was awash in warriors after a long civil war. Japan’s right wing longs for those times even today.

Since the modern era, the world has undergone a changing of generations roughly every 35 to 45 years. I’ve used the term “neoliberalism/inter-Korean antagonism era” to describe the post-Cold War period since the Berlin Wall fell in 1989. Following an “entrenchment period” through the launch of the World Trade Organization (WTO) in 1995 and a “development period” through the global economic crisis in 2008, that era has been undergoing a “reorganization period.” The keywords for that reorganization period have been the “Asia Axis Policy” of the Obama administration and the “America First” approach of the Trump administration. In East Asia, the US and Japan have been the establishment forces representing the north, while China has been challenging this as a major player from the south. Japan’s economic warfare provocation is an attempt to forcibly suppress a South Korea that is regarded as a threat to the establishment.

Abe’s Japan is symbolic of the old order. In a few years, East Asia may see the emergence of a new order that is completely different from before. The latest economic warfare is part of that current. Negotiations are necessary, but however difficult it may be, we must follow a course that does not embarrass us before history. The most important thing is to strengthen our capabilities so that Japan is not able to brandish weapons like this