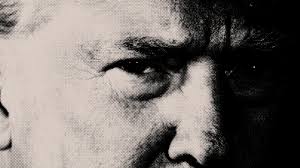 Whether or not he is reelected, the truth is that Trump has changed everything. And this change is not confined to the United States. It is a global change. A new world is beginning.

Tuesday, Nov. 8, 2016, the day that Donald J. Trump won the election for the presidency of the United States, was the the most disruptive political event since the fall of the Berlin Wall. Trump’s election marked the beginning of a new era.

Since the day he took office, Trump has been dismantling, piece by piece, the system created in the aftermath of World War II. From the balance of power which marked the Cold War, to Washington’s economic-financial consensus, to the last Utopia of our societies – the human rights regime as constructed and imagined since the 1970s, which came to progressively occupy the space left by the great Utopias and ideologies we inherited from the 19th century – Trump puts it all in question. Trump, the heretic-in-chief, does not respect the most basic and fundamental principles and norms of the liberal consensus that was forged, not unreservedly or without upheaval in the West after 1945. The more detestable his actions, the more they are effective in destroying everything in his path. The more ignoble his words, the more irreversible the November 2016 turning point becomes.

The context in which Trump has flourished is an America increasingly unequal and increasingly embroiled in “culture wars,” but by itself, this context isn’t enough. One thing to point out is the existence of a conservative segment in American society where racism and misogyny tend to prevail proportionally more than in other segments of society. But for these individuals’ preferences to transform into political causes, they must be worked out politically. What explains his electoral success in 2016, and the guideposts of his presidency until now is the way in which Trump has politically exploited the resentment by segments of the American population in relation to, and since, the eight long years of the Barack Obama presidency. Part of this resentment is cultural, relating to the insecurity that certain layers of the white population felt seeing an African American man as president of their country. The other part of the resentment is material. The economic inequality, which has increased since the 1980s, did not stop growing during the Obama years, and combined with the uneasiness about identity, led many Americans to reject voting for Hillary Clinton – a candidate who represented the continuation of the status quo – and to ultimately support radical political change.

The exploitation of resentment politics is what defines populism. Populism is a game of elites against elites, and the one who wins is the one who can channel the resentment of one part of the population (“us”) against the other part (“them”). It is a game not between enemies, but between rivals in competition for material and symbolic resources. When “they” win, “we” lose. We never lose because of our own fault. We just lose because the rules of the game are against us. This is a game in which Trump has shown himself to excel. This game is not about long-term political policies or complex ideological schemes. It is not even about the effective and permanent resolution of the problems at the root of democratic resentment. It is a game that lives in the immediacy of the moment. It is a game in which each victory or defeat happens “here and now,” not in a distant future achieved with much strength and dedication.

Trump will not resolve anything. What Trump has done and will continue to do is destroy the status quo, which he sees as an impediment to his life choices. His animus is negative and conflicted. What excites him is breaking from prevailing common sense (especially that which is considered politically correct language), by violating norms of conduct and disrespecting ways of thinking that differ from his own. The economic and social problems that raised him to presidency will continue unresolved. Moreover, the excellent condition of the economy, as we know, has little to do with the actions of a president, whether it be Clinton or Trump. Whether he is reelected or not, the truth is Trump has changed everything. A new world has begun.

The Romans had a god, Janos, to celebrate beginnings. With his two faces, Janos looks simultaneously to times past and toward the future that is dawning. Today we have, on one side, those who look to the past and would like to rescue the postwar world and its consensus. This world, however, ended. The profound questioning of the world that Trump represents is irreversible. The “deplorables” are not just “deplorable.” (They are that.) Above all, they are one of the faces of an emerging new social and political order, an order that is less liberal, less international, less tolerant than the one which we inherited. On the other hand, there are those who try to find the positive aspects of Trump and his policies. Among them are those who even have no issue in making the public expression of prejudice normal.

Both of those paths lead nowhere. Either we move toward a time that will never return despite all the progress, or we move toward a world which is less open and more intransigent. As we learn above with Janos, each new beginning is intrinsically ambivalent. It takes place between a past which won’t come back, and a future that has not yet happened. In this moment of passage between yesterday and tomorrow, today is written without great certainty. The only certainty we need to have is that some certainty in the inexorable progress of humanity is a given. And thus, without certainty, we need to begin to imagine and construct a post-Trump world. It will be probably one of the hardest jobs in the coming decades. For this reason, it will be one of the most important.

About Jane Dorwart 161 Articles
BA Anthroplogy, Reed College Portland, Oregon, Composer in the BMI Musical Theatre Workshop under Lehman Engel., BS Musical Composition and Diploma in Computor Programming. I am delighted and honored to be working as a Translator for Watching America and have become a regular reader myself! I believe it is important to hear many points of view to get a glimpse of the truth of situations, and that no one person has a monopoly on that truth! That is what is so exciting about this site! I love the Portuguese language and have been speaking and studying for a number of years. I welcome the challenge of translating Brazilian and Portuguese newspaper articles and making them available to English reading readers!