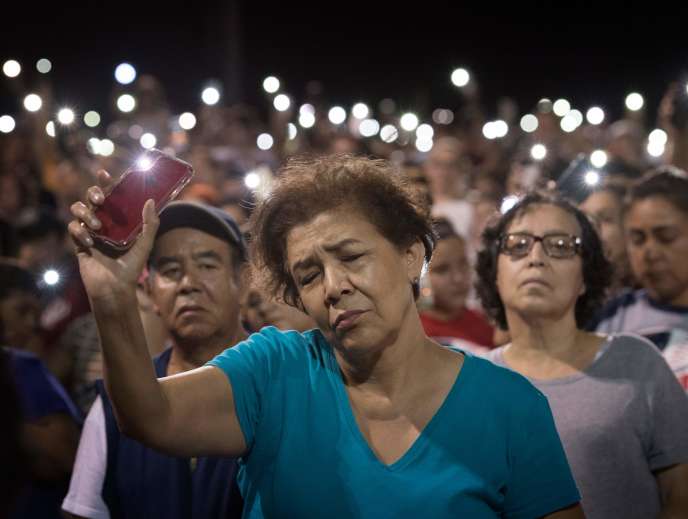 The president of the United States cannot be held responsible for the two killings over the weekend, but his speech is stirring up hatred.

“Hate has no place in our country.” We’d like to believe Donald Trump. At the end of a dreadful weekend, in a country that has seen two new massacres that caused 29 deaths, one in an El Paso retail store at the Mexican border, the second at a bar in Ohio, the reality is sadly quite the opposite. Hate is taking hold in the United States, a country that has fallen victim to attacks committed by young white men on the far right. The alleged perpetrator of the El Paso killing paid homage to the killer who assassinated 51 people in cold blood in two mosques in Christchurch, New Zealand, on March 15. This “feat of arms” is in the hall of fame of white supremacists of the world along with Anders Breivik, perpetrator of a massacre in Norway in 2011.

Let there be no mistake, the United States is the victim of destructive far-right terrorism. We welcome the fact that the FBI has recognized this, stating the facts as they are. We salute the admirable reaction from the residents of El Paso, a border town with a majority of Hispanic residents, that seeks to respond to the hate with love, or, if this word is too frightening, with fraternity and peaceful coexistence. And we shall leave it there. We shall not fall into the trap of those of believe that justice will be served once the perpetrator is sentenced to death. (On this point, we can count on the state of Texas’ gruesome speed.)

The Fertile Ground and the Tool

We have to go back to the source of this terrorism, which is thriving as it has the advantage of fertile ground and a tool. The fertile ground is Trumpism, and the tool, the gun laws. Of course, we shall hold back from accusing Trump of being directly responsible for the massacre. But, with 16 months until the next presidential election, Trump is outdoing the other right-leaning proponents, a position which sometimes borders on fascism, especially when we see how he whips up the hatred of his most extreme supporters.

Calling on elected congresswomen of foreign descent to go back to their countries; a smile when a zealous radical Republican suggested stopping illegal immigrants by shooting them; saying that the predominantly black district of Baltimore is infested with “rats;” vocabulary fit for the 1930s: Donald Trump has provided moral justification for unacceptable abuse. If Trump continues these tactics, which involve a calculation that he can only win an election by going to such extremes, the climate in the United States will become stifling over the coming months.

The tool concerns gun laws. We can truly call it “a national health emergency,” as Democratic Sen. Elizabeth Warren does, since this is really what it is. The country is obsessed with the Second Amendment and the National Rifle Association, the gun lobby, which destroys Republican candidates in the primaries who do not support it. This weekend, each of those anti-NRA Republican candidates suffered a fatal blow. The American media is covering the 2020 presidential campaign on an endless loop, but the damage is deep-seated, and recovery is an illusion, even if we want to believe in it.

As far as we know, there was no reform of federal gun control legislation following the Parkland shooting in which 17 people died in February, 2018. And yet these high-school students from privileged backgrounds rallied together at the height of the midterm election campaigns. Sadly, the dead of El Paso will surely not have a united political bloc to stand up for them. As with the death penalty, there will probably not be a global solution but progress will come from a tightening up of gun ownership regulations, state by state, town by town. Faced with these tragedies, which repeatedly come back to haunt us, throwing in the towel is not an option.