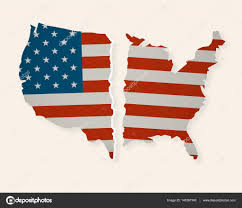 American society is witnessing a deepening political, social and moral splintering that has been happening for decades. Donald Trump did not win the popular vote in the last election; Hillary Clinton did. But the U.S. electoral system gives all the Electoral College votes to the candidate who wins the majority of votes in a particular state. This helped Trump overtake Clinton in the final moments.

What happened in recent years is obvious to any person who follows current events. The conflict between Trump’s supporters and those who oppose him began with confrontations in the streets during the first weeks after his election. As for what happened on the political level, his attitude, tweets and tug of war are still creating tension one can see today. The most prominent example of this occurred when Democratic House Speaker Nancy Pelosi declared she did not only want to impeach Trump, she wanted to see him in prison.

In addition to the foreign policy crises such as the prospect of going to war against Iran at the president’s behest without authorization of Congress, or the issue of the Saudi journalist Jamal Khashoggi’s assassination which led to a situation where people firmly lined up against the president, domestic issues are also worsening. The president’s recent remarks stirred up renewed debate about racism. This issue rose powerfully to the surface after Trump took office. Trump’s remarks about Congressional representatives of foreign origin were deemed to be racist. The House of Representatives ratified its view of those remarks by passing a resolution condemning the president’s “racist comments” with a majority of 240 votes to 187.

This is what pushed a number of members of the Republican Party, Trump’s party, to turn against the president. Republican Sen. Mitt Romney commented on Trump’s remarks, saying, “What was said and what was tweeted was destructive, was demeaning, was disunifying.” “People can disagree over politics and policy, but telling American citizens to go back to where they came from is over the line,” he added.

Sen. Joni Ernst, vice chair of the Senate Republican Conference, likewise stated that she considered Trump’s remarks racist.* This indicates a growing sense among Republicans that the current American president’s policies are harming them on a general level and diminishing their prospects in any upcoming elections.

But these differences do not mean that one party is perfect and the other is not. What is true for global politics is also true for the United States: Whether the Democrats or Republicans are in power, the slogan is “interests first.” But there are still differences in how these interests are envisioned, differences in how consistent or incompatible they are with established principles and moral or humanitarian values, and differences in how flexible or rigid those visions are.

Even a small shift in American policy resonates strongly around the world, especially in our region and our country. In the coming presidential election, there will be two candidates, of course, and the election between this pair of candidates will take place after the party primaries. But the true vote will determine “which America” voters want.

*Editor’s note: The Senate Republican Conference is the organization of Republican members in the U.S. Senate. The Conference helps senators communicate their priorities directly to the American people through a wide variety of communication resources.