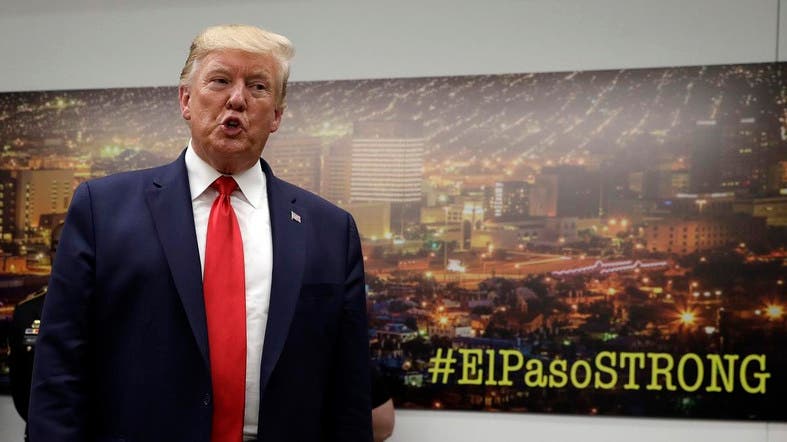 The terrorist attack in El Paso warranted a serious phone call from President Andrés Manuel López Obrador to President Donald Trump to stop the hate speech against Mexicans, because the bigots have moved from words to deeds.

It was an attack expressly directed against Mexicans just for being on U.S. soil.

That atrocity occurred after ongoing verbal attacks from the U.S. president against Mexicans in his country, which gave rise to violence from racists who turned Trump’s words into action.

López Obrador has not even made a warning call to Trump since assuming the presidency on Dec. 1, in spite of the fact that the xenophobic tycoon stubbornly and continually insults us and blames us for his country’s problems.

Faced with the attack in Texas on Saturday night, the president of Mexico has devoted himself to giving news reports: “I said it before anyone else, there are three dead,” he stated [Sunday] morning. He reported again in the afternoon: “There are six Mexican fatalities.”

This is the job of the news outlets. It is the job of the head of state to demand that the president of the U.S. end his hate speech, because the fanaticism that cost human lives on Saturday is fed by the anti-Mexican propaganda that oozes out of the White House.

López Obrador cannot be silent before Trump. A president should not leave an issue like this for the foreign affairs secretary, whom he instructed, “[I]n spite of the outrage, the pain, let us act with great responsibility. There are elections in the United States, they are campaigning, there is an electoral process and we do not want to meddle in the internal matters in other countries.”

So, what does it matter to us that there will be elections in the U.S. over a year from now?

They killed Mexicans − us − in Texas because of the fanaticism that uses weapons to channel the xenophobia spread by the president of that country.

What do you mean, we don’t want to meddle in the internal affairs of that country?

That has nothing to do with it. The murder victims were Mexicans, and López Obrador must protest that, because the root of the problem comes from the highest level of power of our neighbor and trading partner.

There are no exceptions: Sooner or later, hate speech from the presidency of a country brings deadly consequences.

Perhaps López Obrador doesn’t feel he has the moral authority to demand this from Trump because he is doing the same thing in Mexico.

President López Obrador − he has said it − likes to attack whoever disagrees with him and calls that “debate.”

No, a debate is back and forth, with arguments and on an equal footing. None of that happens in Mexico where, day in and day out, the president verbally assaults anyone who thinks differently from him. That triggers the hatred on social media and the day will come when there are dead to mourn for being “fifís,” parasites, conservatives who ruined the country, people living off the treasury and other insults that the president circulates in the mornings.

The scornful and rancorous speech that oozes out of our president needs to stop.

Without a doubt, there will be more than one extremist who turns the president’s words into acts of aggression.

That is what just happened in El Paso. Following the anti-Mexican verbal charges came a bigot who grabbed a large caliber weapon and fired against “the enemies of the United States.”*

Our president is silent before Trump.

And his underlings are anesthetized by hatred of those who think differently from him.

Of course, soon, one or more hotheads are going to physically attack these bad guys that are conspiring against the happiness of the people.

They are going to attack the representatives of “the Mafia,” the enemies of the transformation of the country.

What happened in the U.S. is a crime planned and executed against Mexicans, carried out by a mind sickened by the hatred dished out by the White House.

The same thing can happen in Mexico.

To avoid this, the president must stop his hate speech and demand the same from Trump.